The Oppo Reno Ace was one of the first phones of 2019 known for its fast charging of 65W. A few months later, it seems that the Chinese company is already ready to launch its successor.

The Oppo Reno Ace 2 will not set a new record in it’s battery charging speeds, but will feature a combination of good hardware specs. Now the smartphone has been spotted on the website of the certification agency TENAA with full specification of this smartphone.

Design-wise, it is confirmed that the Oppo Reno Ace 2 will receive a round-shaped rear camera module with four image sensors. The LED flash sits outside the round module. The display with a large punch-hole on the front is noticeable for selfie camera. The company has now followed on the footsteps of other manufacturers to accept a punch-hole camera for selfies.

According to information that leaked on the web, the smartphone is expected to sport a flagship chip Snapdragon 865 with a Snapdragon X55 modem and branded fast charging technology with a capacity of at least 65 w. It is expected that the preference will be given to OLED panels with an update frequency of 90 Hz or 120 Hz, and the weight of the device will be about 190 grams.

The Reno Ace 2 is built around a 6.5″ FullHD+ AMOLED display, that has a fingerprint reader underneath and a punch hole in the top-left corner for the 16MP selfie camera. 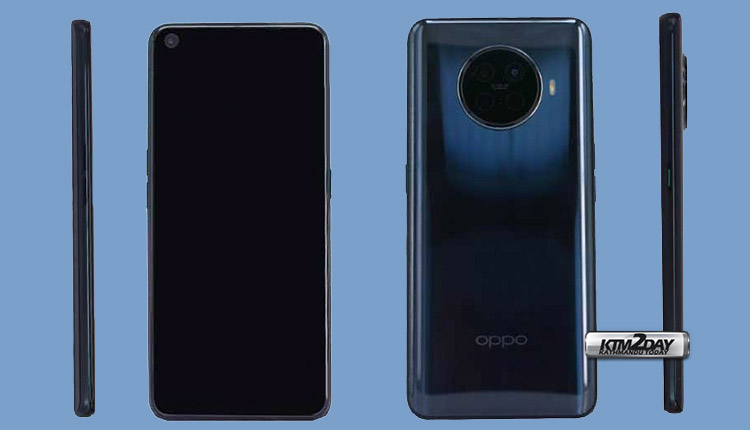 Today, Oppo’s vice president announced the company’s plans to introduce 40-w wireless charging technology this year. It is possible that Oppo Reno Ace 2 will be the second smartphone with the support of such high-speed charging without wires, after Huawei P40 Pro.

For imaging, on the rear panel it will feature quad setup camera with a main sensor of 48 MP, 8MP ultrawide, 2 MP depth sensor and a 2MP macro sensor.

The Reno Ace 2 will support dual-mode 5G and will be offered in three colors – Black, Blue, and Purple.