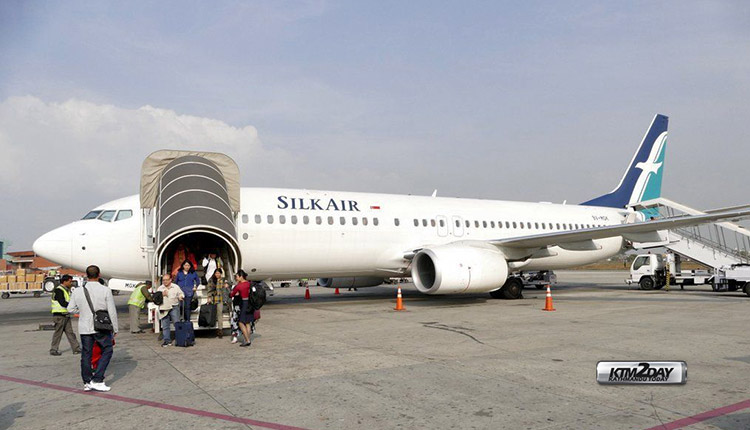 All 98 passengers in the Silk Air, that landed on Tribhuwan International Airport (TIA) Saturday night have been confirmed to be Nepali Citizens.

However, the passengers aboard the flight were not allowed to get off the plane for around two hours as some of them had come from restricted countries.

They were, however, later allowed to get off the plane with three people — two arriving from Japan and one from the Netherlands — sent to quarantine. The rest of them were sent home with instruction to stay in self-isolation for 14 days, a TIA source said.

The Silk Air aircraft that was scheduled to depart the same night with 165 passengers to Singapore, however, has been grounded. The plane is likely to take off some time today, informed the TIA source.

Earlier, 64 Nepalis had arrived in Nepal via Air India and Thai Airways flights from their transit destinations in New Delhi and Bangkok, were sent to Kharipati quarantine.