Qualcomm announces Snapdragon 690 chipset : 5G and A77 for Mid-Rangers 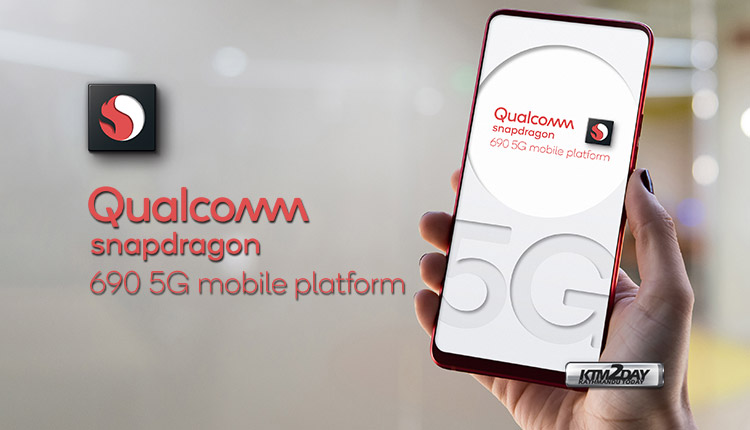 In a bid to bring 5G to budget smartphones, global chip-maker Qualcomm has launched the new Snapdragon 690 processor — the first in the 6-series chipsets with support for the next-generation networking standard. The chip would support slower sub-6GHz versions of 5G and not the faster mmWave standard. This is the first time that the chip-making giant has offered 5G in the lower-end of its phone chipsets line up. The company has had 5G modems for premium devices since as early as 2016.

Qualcomm’s new Snapdragon 690 chip promises a slew of improvements over the previous 6-series chipsets. According to the San Diego, California-headquartered company, it would offer 20 per cent better CPU performance and 60 per cent faster graphics rendering as compared to the Snapdragon 675. The new chip also brings 4K HDR support along with the ability to handle screens capable of a 120Hz refresh rate. It is pertinent to note that Snapdragon 6-series chipsets are found in devices that are neither flagship nor budget, such as the Google Pixel 3a.

According to Qualcomm, smartphone makers such as HMD, LG, Motorola, TCL, Wingtech, and Sharp are likely to announce phones using the new chip and the phones are expected to be available in the second half of the year. With the new addition of Snapdragon 690 chipset, there will be more than 1,800 devices either announced and in development in the 6-series. 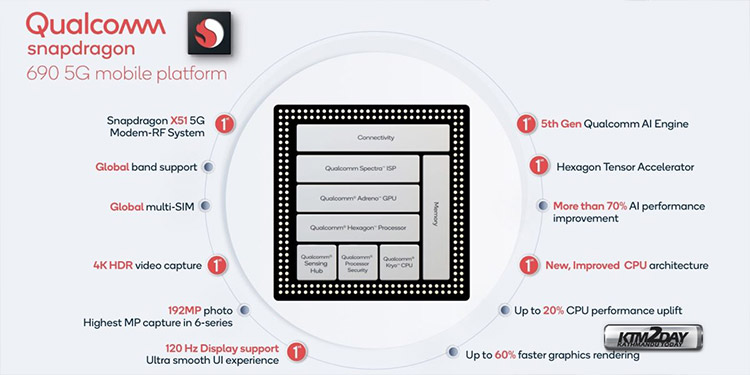 The Snapdragon 690 would also bring capabilities such as up to 192 megapixel cameras on mid-tier phones.

The new chipset also packs in Qualcomm’s new X51 5G modem — that delivers multi-gigabit speeds; it can download data at speeds of up to 2.5Gbps over 5G networks and 1.2Gbps over 4G LTE. The modem’s upload speed peaks at 660Mbps over 5G and 210Mbps over LTE. It also supports several 5G technologies such as standalone (SA), the sub-6GHz bands, TDD, FDD, non-standalone (NSA) modes, and dynamic spectrum sharing.