Home » Realme 9 Pro Design and Specifications Leaked ahead of Launch

Realme 9 Pro Design and Specifications Leaked ahead of Launch The main specifications and design for the Realme 9 Pro have been leaked online. Triple rear-facing cameras are expected to be integrated in an oval-shaped camera module on the future smartphone. Realme’s 6.59-inch display features a hole-punch cutout for the front-facing selfie camera. The Realme 9 Pro is expected to have a Qualcomm Snapdragon 695 5G SoC, 8GB of RAM, and 128GB of onboard storage, according to reports. A 5,000mAh battery is rumored to be in the phone.

Design of the Realme 9 Pro (expected)

Refreshed renderings of Realme 9 Pro have been shared by Steve Hemmerstoffer and SmartPrix. To recap, the renders depict a three-camera configuration on the back, all contained within a rectangle camera module with an LED flash. Realme’s logo appears at the very bottom of the images. Power and volume controls are located on either the left or right sides of the forthcoming smartphone.

Front-facing shots of the Realme 9 Pro reveal a flat display with tiny bezels on all three sides, with a little larger bezel at the bottom. Like most Realme smartphones, the front has a hole-punch cutout in the upper left corner. According to the source, the forthcoming smartphone will be available in Aurora Green and Sunrise Blue, as well as Midnight Black. 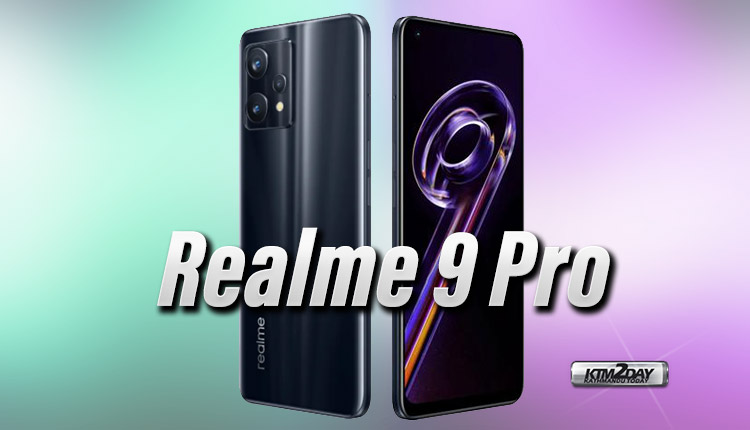 Specifications of the Realme 9 Pro (expected)

Realme 9 Pro’s main specs are also detailed in the research. According to rumors, it will include a 6.59-inch display with a refresh rate of 120Hz and a fingerprint sensor tucked away beneath the screen. With a Qualcomm Snapdragon 695 5G SoC paired with 4GB, 6GB and 8GB of RAM as well as single option of 128GB of internal storage for all variants.

It is expected that Realme 9 Pro would include a triple back camera configuration with a 64-megapixel primary sensor and secondary sensors of 8-megapixel and 2-megapixel.

A 16-megapixel primary selfie camera is expected to be installed on the front of the phone. Possibly, the Realme smartphone will include a 5,000mAh battery with a 33W fast charging capability.

This year’s Realme 9 Pro series will be expensive with prices starting at INR. 15,000 ($201) in India, according to CEO Madhev Sheth of Realme India. In addition, it is believed to be available in three color options : Midnight Black, Aurora Green, and Sunrise Blue.