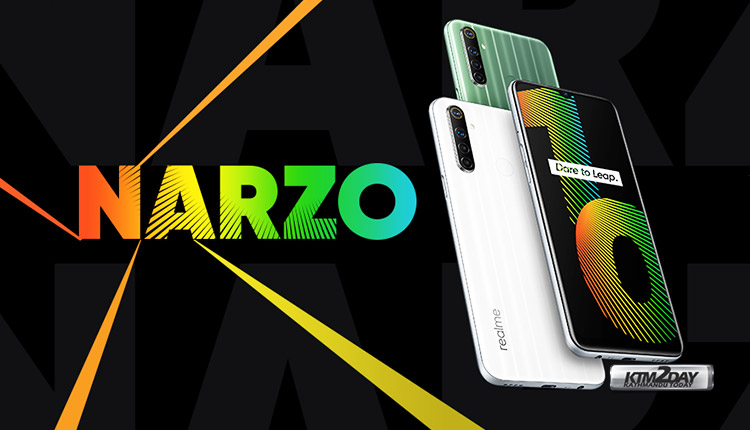 Realme Narzo series comes in two flavours – Narzo 10 and Narzo 10A and is also customised for gaming enthusiasts. Although the Narzo series have been  launched as new devices in the Indian market , but for the manufacturer these are not a completely new batch of devices. 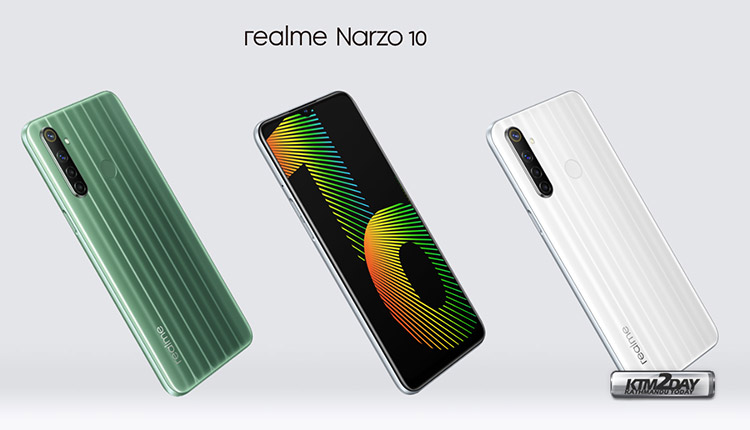 The Narzo 10 is a rebadged version of the Realme 6i, which previously debuted in a number of markets such as Myanmar and Ukraine. Whereas, the Narzo 10A on the other hand seems to be a rebranded Realme C3 launched in Thailand back in March with minimal differences.

The Narzo 10A is the cheapest offering for the budget oriented, while the Narzo 10 features a slightly better  specification and costs a couple of thousand rupees more. 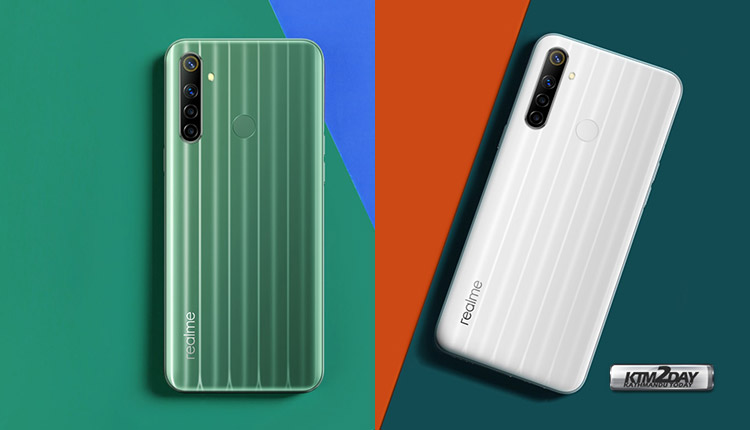 The Realme Narzo 10 adopts the classic masterpiece design created by Japanese industrial designer, author and educator Naoto Fukusawa. The designs were originally created for the Realme X Master Edition smartphones and Realme has reused its design in the Narzo 10.

The design is created using rare spray coating process, and the phone has been polished hundreds of times. As a result, the back of the phone shows an advanced matte visual effect, with a delicate and comfortable finish.

The Realme Narzo 10 features a 6.5 inch with HD+ (720×1600 pixels) resolution and adopts a Mini-Drop display with a 20:9 aspect ratio and 89.8 percent screen-to-body ratio. The display panel is protected by a 2.5D Corning Gorilla Glass. 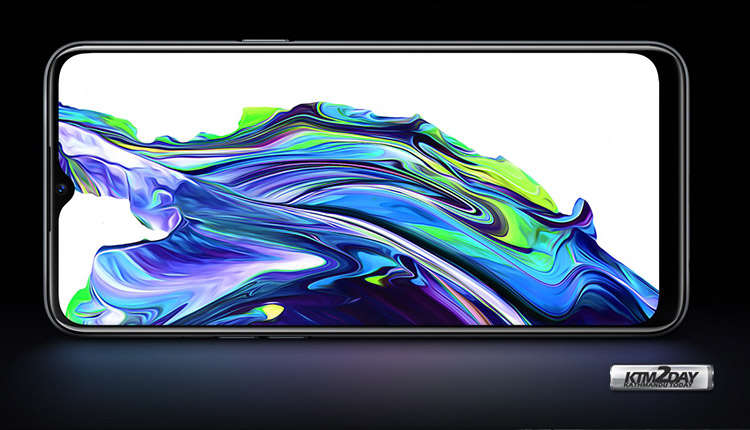 The device is equipped with a huge Fullscreen, giving you an immersive experience when watching videos or playing games. Additionally, it also features an Eye-Care mode to protect during long hours of usage.

Under the hood, the phone is equipped with an octa-core MediaTek Helio G80 SoC, coupled with Mali G52 GPU and 4GB of LPDDR4X RAM.

Compared to the previous generation, the CPU performance is improved by 35%, whereas the Mali G52 1000MHz GPU also delivers 25% better performance. The result is brilliant image quality and a more stable frame rate that makes the realme Narzo 10 stand out while gaming. 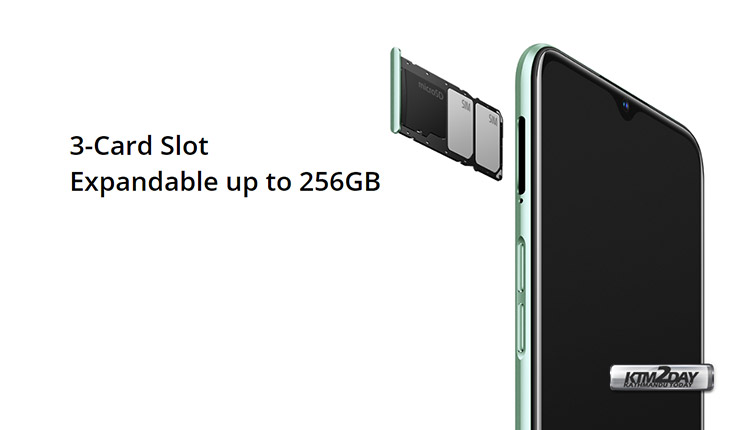 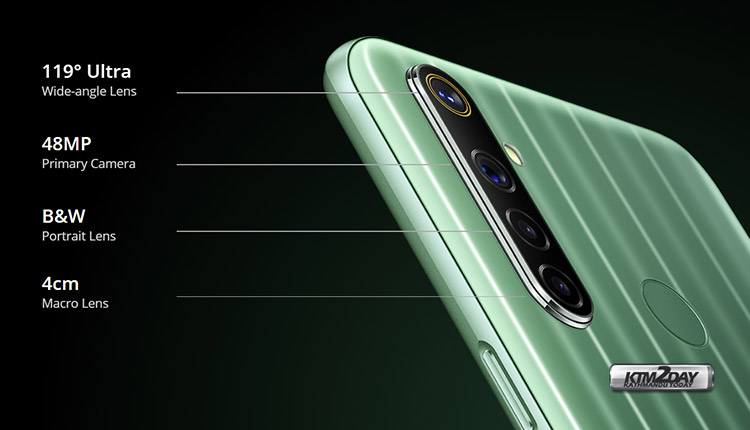 For selfies and video calls, the Realme Narzo 10 has a 16-megapixel camera sensor at the front, along with an f/2.0 lens. The selfie camera also supports HD (720p) video recording at 30fps frame rate. However, the rear camera setup supports full-HD (1080p) video recording. 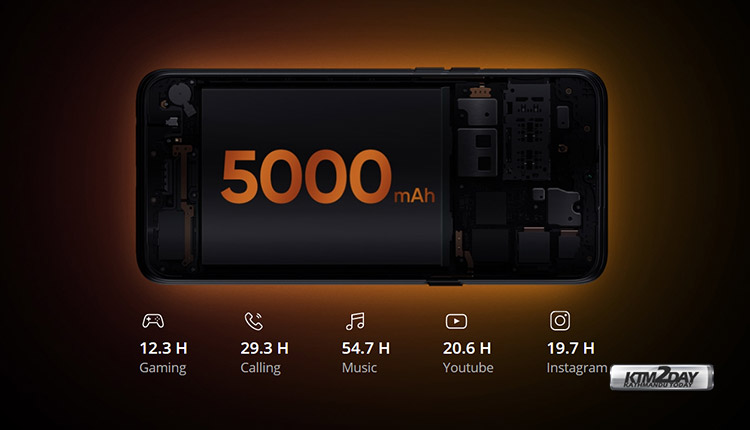 Realme has provided a largest battery till date, a massive 5,000mAh battery on the Narzo 10 supports 18W Quick Charge using a USB Type-C cable. According to the company, the device can hold the charge for 39 days in standby mode and also supports reverse charging. The device holds enough power to charge the Realme Buds Air more than five times. 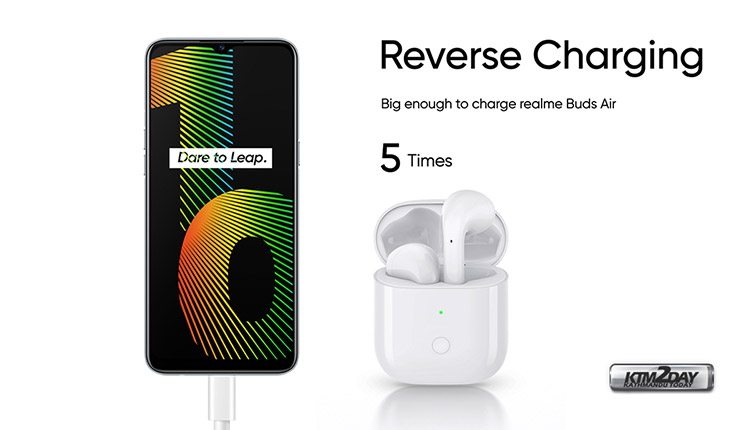 Connectivity options on the phone include 4G LTE, Wi-Fi 802.11 b/g/n, Bluetooth v5.0, GPS/ A-GPS, and a USB Type-C port. Sensors on board include an accelerometer, ambient light sensor, gyroscope, magnetometer, and a proximity sensor. There is also a fingerprint sensor at the back of the phone. 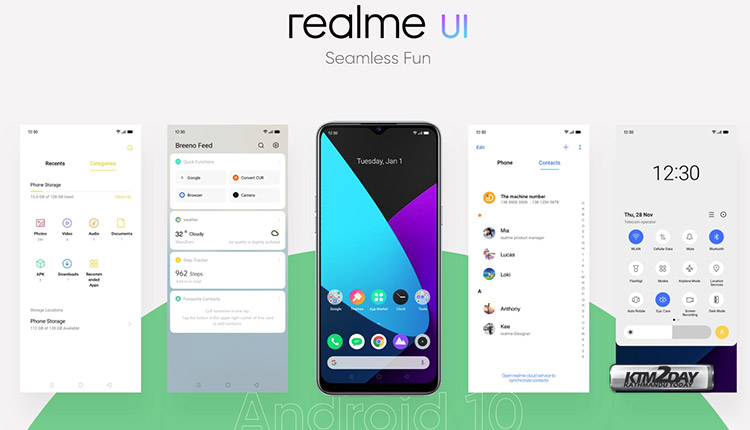 The device runs Realme UI based on latest Android 10 . Besides, the phone measures 164.4×75.4x9mm , weighs 199 grams and is available in White and Green color options. 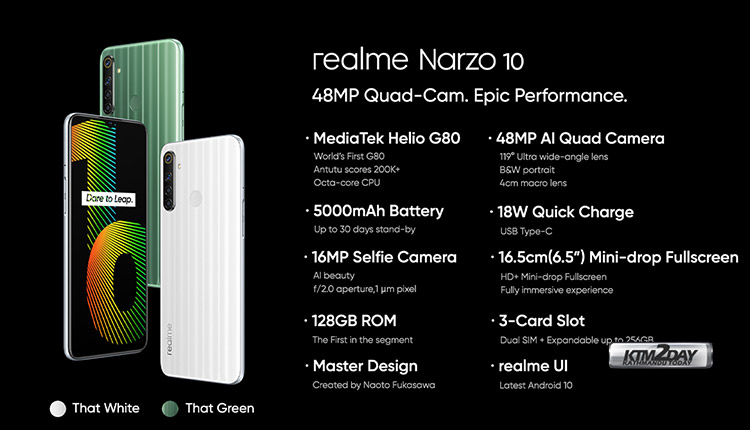 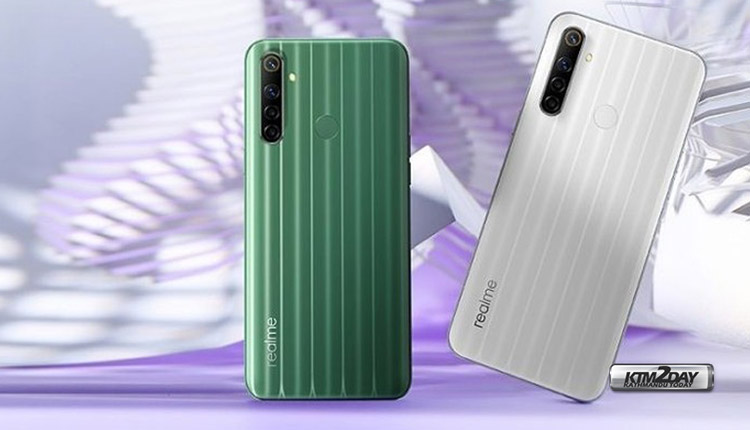 The Realme Narzo 10 has been officially launched in Indian market at a price tag of INR 11,999 which converts to nepali Rs 19,199 for a sole 4GB RAM with 128 GB storage variant.