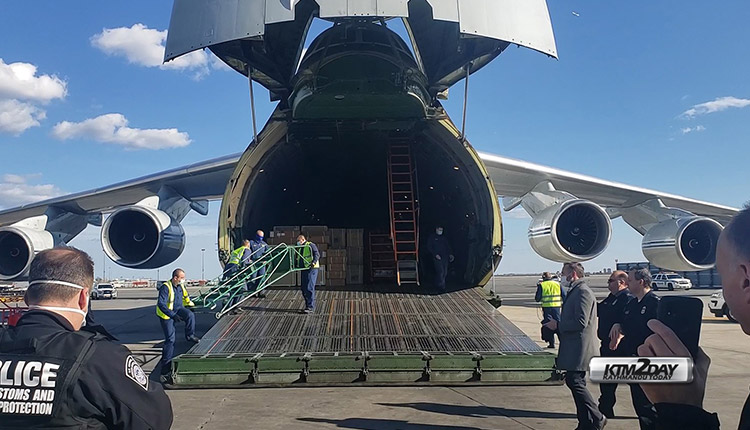 Emergency aid to Washington was a striking development. Usually, the United States donates supplies to embattled countries rather than accepting them. The origin of the gift was bound to revive criticism from Democrats that Trump has been too cozy with the Russian leader.

“Trump gratefully accepted this humanitarian aid,” Kremlin spokesman Dmitry Peskov was cited as saying by the Interfax news agency on Tuesday. Trump himself spoke enthusiastically about the Russian help after his call with Putin.

A U.S. official in Washington confirmed the shipment was a direct result of Trump’s phone conversation with Putin. The official said it carried 60 tons of ventilators, masks, respirators and other items.

The official said the equipment would be carefully examined to make sure it comports with the quality requirements of the U.S. Food and Drug Administration.

Russia’s Rossiya 24 channel on Wednesday morning showed the plane taking off from a military air base outside Moscow in darkness. Its cargo hold was filled with cardboard boxes and other packages.

In Russia, the official tally of confirmed cases is 3548, with 30 deaths, although some doctors there have questioned the accuracy of official data.