Samsung Galaxy A50, Galaxy A30, Galaxy A10 launched 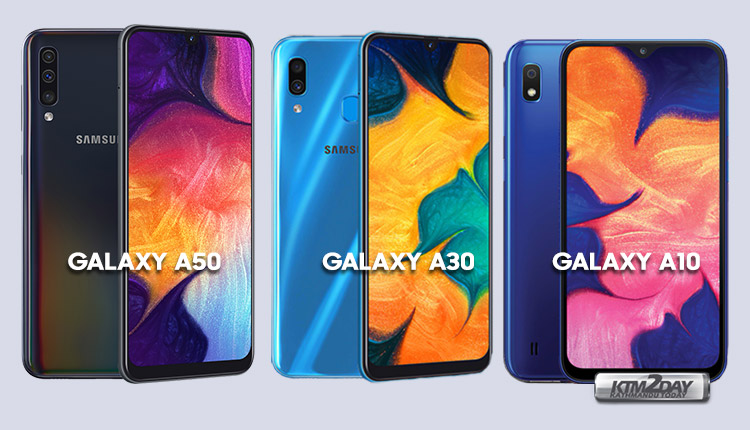 Samsung officially unveiled the Galaxy A50 and Galaxy A30 at the Mobile World Congress 2019 and few days later today has launched these models in the Indian market. Along with these two models Samsung also has launched a lower specced Galaxy A10.

Not everyone can afford Samsung’s flagship lineup of S series phones such as the recently released S10 and S10 Plus. The newly launched Galaxy A series of 2019 fills this gap by introducing premium features at an affordable price. 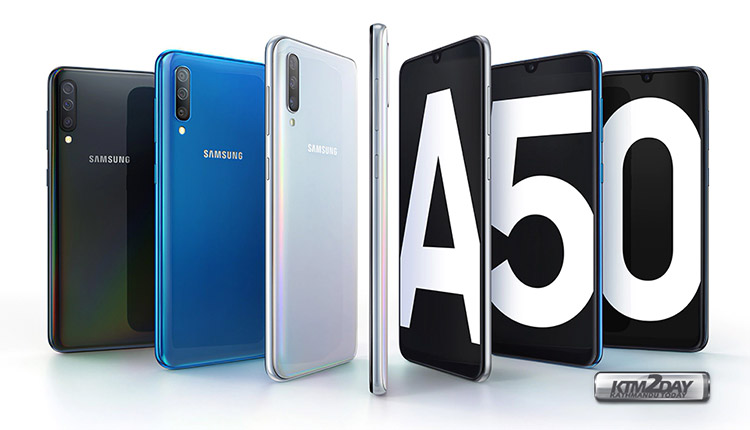 In the new Samsung Galaxy A family, the Galaxy A50 features a 6.4-inch full-HD+ (1080×2340 pixels) Infinity-U Display backed by a Super AMOLED panel and 91.6 percent screen-to-body ratio. Further, the Galaxy A50 is powered by an octa-core Exynos 9610 SoC, coupled with 6GB and 4GB RAM options.

The Galaxy A50 has 64GB of onboard storage option that is expandable via microSD card (up to 512GB). There is also an in-display fingerprint sensor. The smartphone packs a 4,000mAh battery that supports 15W fast charging via USB Type-C port. 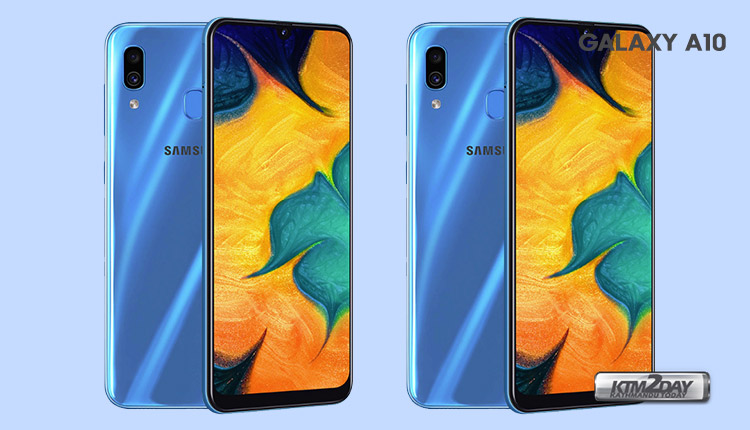 Samsung has provided 32GB of inbuilt storage on the Galaxy A10 that is expandable via microSD card (up to 512GB). Besides, the Galaxy A10 packs a 3,400mAh battery.

The Galaxy A10 has been launched in Nepali market at available at a price tag of NRs 13,490 for the 2 GB RAM with 32 GB internal storage option.

The Samsung Galaxy A50, Galaxy A30, and Galaxy A10 all the three models run Android Pie along with One UI on top. Samsung has also provided pre-loaded shooting modes such as Ultra-Wide, Slow-Mo, and Hyperlapse.