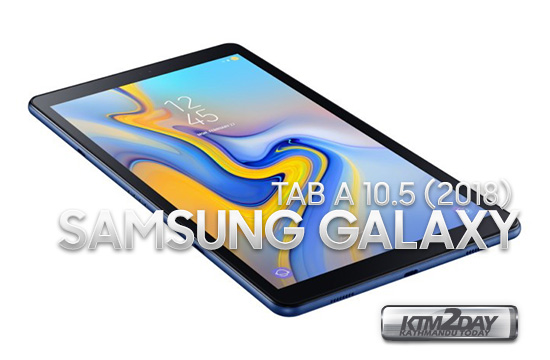 As its name suggests, the Galaxy Tab A has a 10.5-inch TFT LCD display with a resolution of 1920 x 1200. That’s not as impressive as the Super AMOLED panel found on the Tab S4, but it still retains slim bezels and the 16:10 aspect ratio.

Since it’s designed for the family, you can create separate login accounts with its Multi User Mode. Parents can also limit their children’s screen time with its built-in Kids Mode. For an immersive audio playback, the Galaxy Tab A 10.5 has four speakers that support Dolby Atmos audio enhancement. In case you’re wondering, it still retains a 3.5mm audio jack.

For imaging, the tablet comes with an 8MP main camera while the front comes with a 5MP shooter that you can use for video calls. Powering the device is a rather large 7,300mAh battery which charges via USB-C. A full charge can be completed in 200 minutes using a Fast Charging brick and it is rated to last up to 15 hours of video playback.

Although the Tab A 10.5 doesn’t support DeX or come with an included S Pen, it can still use the Book Keyboard Cover and Charging Dock accessories that are being sold alongside the Tab S4.

Samsung is calling this a tablet with high-quality entertainment features at a budget-friendly price.