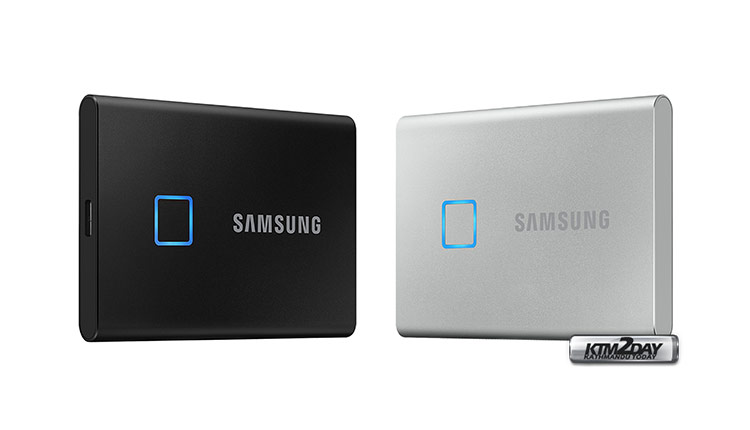 Samsung Electronics Co., Ltd. today announced the release of its latest external storage device – the Portable Solid State Drive (SSD) T7 Touch – which combines sleek, compact design with the fastest transfer speeds currently available based on the USB 3.2 Gen 2 standard. The new device also elevates data protection to the next level with an additional hardware security measure in the form of a built-in fingerprint sensor.

Designed for both professional and casual users, Samsung’s T7 Touch provides enough capacity to securely store large numbers of pictures, games or 4K/8K videos whether on a PC, tablet, smartphone or game console, as well as the durability to take their content with them.

The T7 Touch offers a significant speed upgrade over previous storage solutions. With a read speed of 1,050MB/s and a write speed of 1,000MB/s, it is approximately twice as fast as its predecessor, the T5, and up to 9.5 times faster than external HDDs. Moreover, the device can reach its maximum speed when used with the NVMe interface. 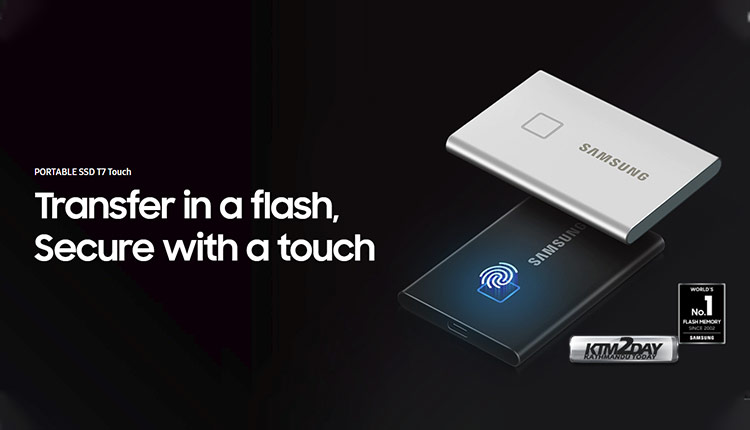 For an added layer of security, the T7 Touch brings the first built-in fingerprint scanner to Samsung SSDs on top of password protection and AES 256-bit hardware encryption. It also features a ‘Motion LED’, which allows the user to determine the status of the device simply with a single glance. Despite the considerable speed boost, hardware additions and solid metal (aluminum) casing, the new SSD still weighs in at a light 58 grams. The innovative nature of Samsung’s T7 Touch has been recognized at the CES 2020 Innovation Awards. 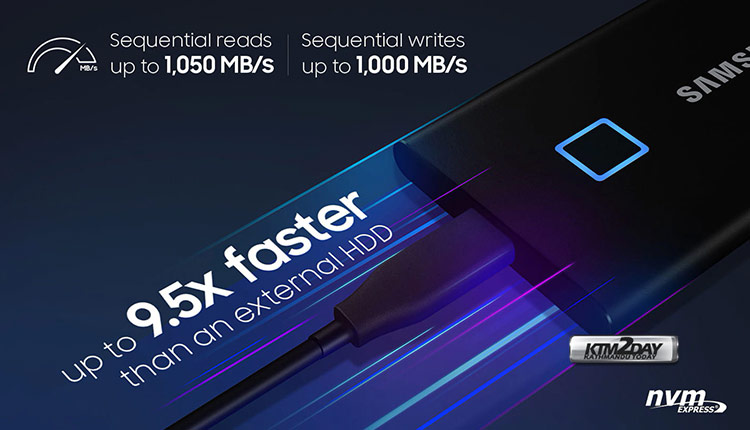 Available in a black or silver finish, the T7 Touch is offered in 500GB, 1TB and 2TB sizes, making it suitable for a wide range of use cases. To ensure reliable connectivity wherever the users may be, the drive comes with a USB Type-C-to-C cable and a USB Type-C-to-A cable, and is compatible with Windows, Mac and Android operating systems. The T7 Touch also includes a three-year limited warranty with manufacturer’s suggested retail prices (MSRP) of $129.99 for the 500GB, $229.99 for the 1TB and $399.99 for the 2TB.

The T7 Touch is available starting this month in over 30 countries worldwide. Following the release of the T7 Touch, the Portable SSD T7 is expected to be launched in the second quarter. 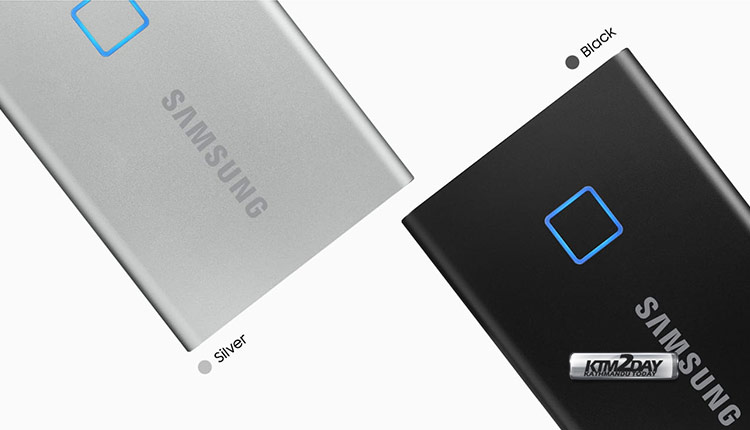