On September 11, Sharp announced the 2020 winter model of AQUOS brand smartphones.  The Japanese company has announced the launch of four new smartphones – Aquos Zero 5G Basic, Aquos Sense 5G, Aquos Sense 4 and Aquos Sense 4 Plus . The first two models support 5G networks and are positioned as middle range or middle high range, and are scheduled to be released sequentially after the fall of 2020.

The mobile phone is equipped with Qualcomm Snapdragon 765G processor, and there are two storage space configurations of 8GB+128GB and 6GB+64GB; the mobile phone has a built-in 4050 mAh battery capacity. 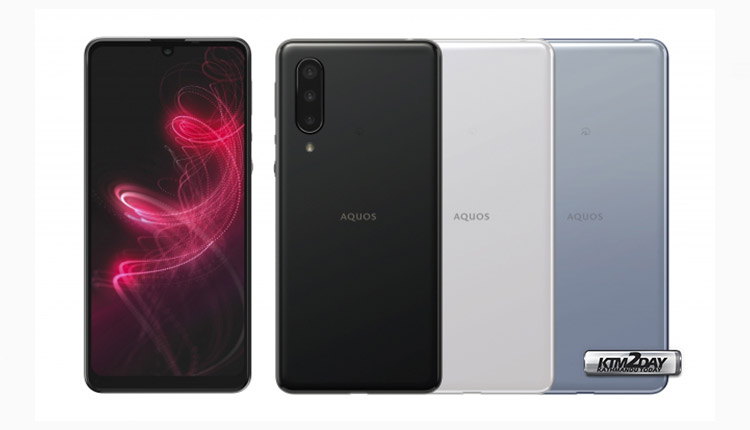 The component also supports the new hybrid autofocus technology, which can provide faster focusing speed. The front camera is 16.3 megapixels with a single lens. In addition, the mobile phone also has built-in Wi-Fi 5, Bluetooth 5.1, NFC, and supports fingerprint recognition and facial recognition unlocking. The system uses Android 10. The mobile phone is expected to be available in the fall.

Another 5G-supported AQUOS sense5G is SHARP’s first 5G mobile phone pre-loaded with the newly launched Android 11 system and is expected to be available in winter. It uses Qualcomm’s new Snapdragon 690 5G processor and UFS standard storage space, and its performance is 2.4 times higher than the previous generation AQUOS sense3. The phone has 4GB RAM and 64GB storage space built-in. 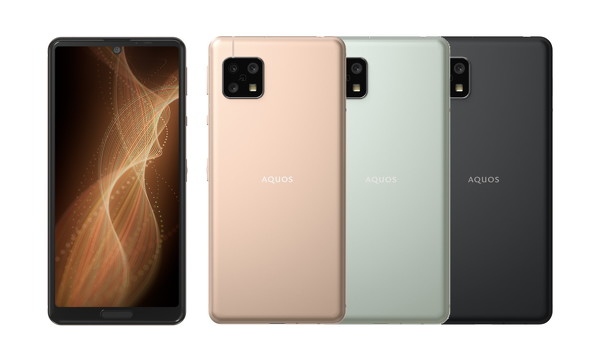 In addition, AQUOS sense5G is equipped with a 5.8-inch FHD+ (2280 x 1080) resolution IGZO water drop screen, with a battery capacity of 4570 mAh. Sharp stated that the phone can be used in a 5G environment for up to one week.

In the camera part, the AQUOS sense5G main camera adopts a block-shaped module design with a three-lens configuration. The standard lens is 12 megapixels, another 12 megapixels with 121 degree ultra-wide-angle lens, and an 8 megapixels 2X telescope lens, at the front for selfies it has a camera of 8 megapixels. In addition, it also has IP65/68 waterproof and dustproof capabilities, and also has a front fingerprint reader. 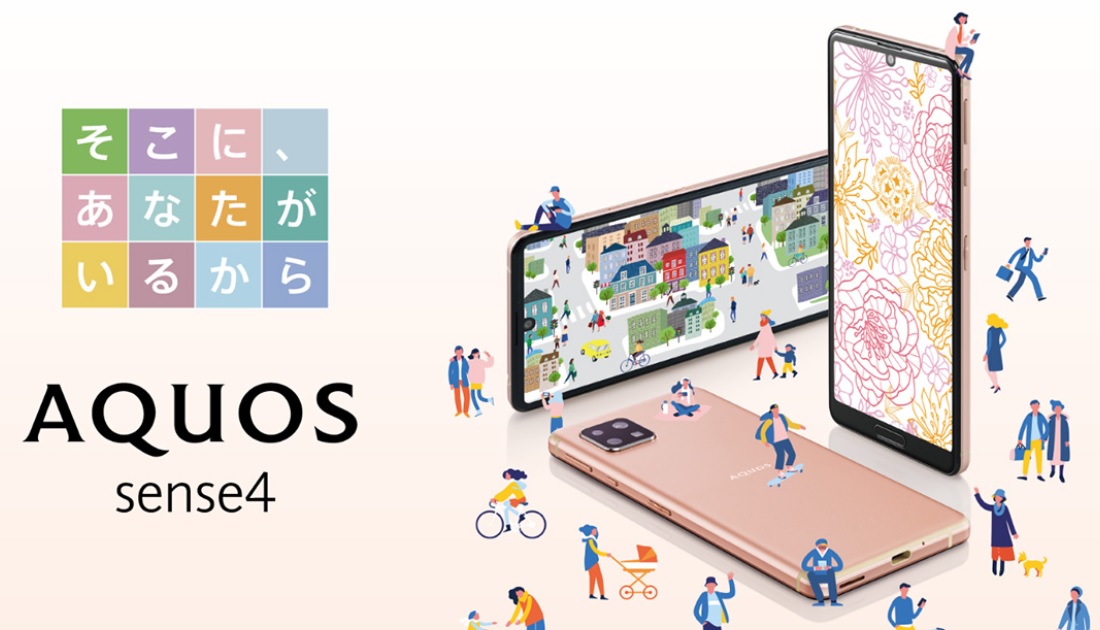 The appearance of this AQUOS sense4 is very similar to the sense5G mentioned above, because it is identical in many aspects and in regards to the specifications. The only difference is that the sense4 supports 4G LTE connection, uses Qualcomm Snapdragon 720G processor, and is pre-loaded with Android 10 operating system. Rest of the specifications are all the same and it is also expected to be available in the fall.

AQUOS sense4 plus is an LTE-compatible middle-high range model that makes it possible to enjoy games and videos on a large screen. The screen size is 6.7 inches, which is the largest ever for an AQUOS smartphone, and it also has a stereo speaker. 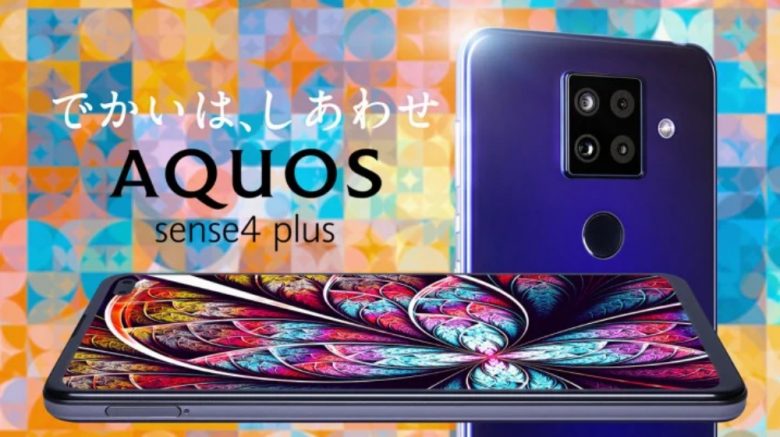 The smartphone is available in 3 color options: purple, white, and black. It is expected to be sold in the fall 2020.