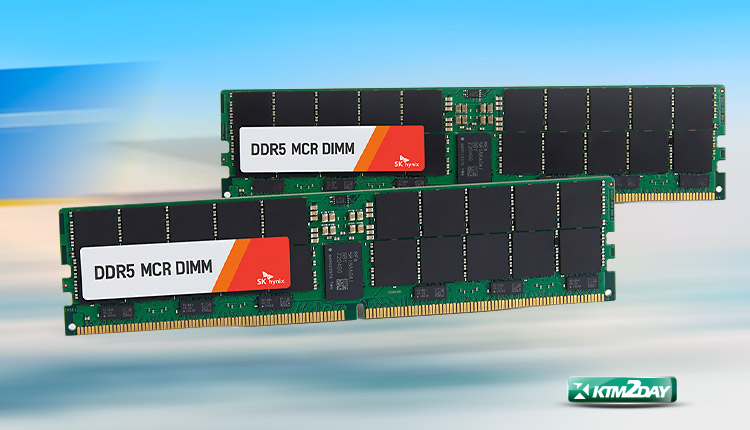 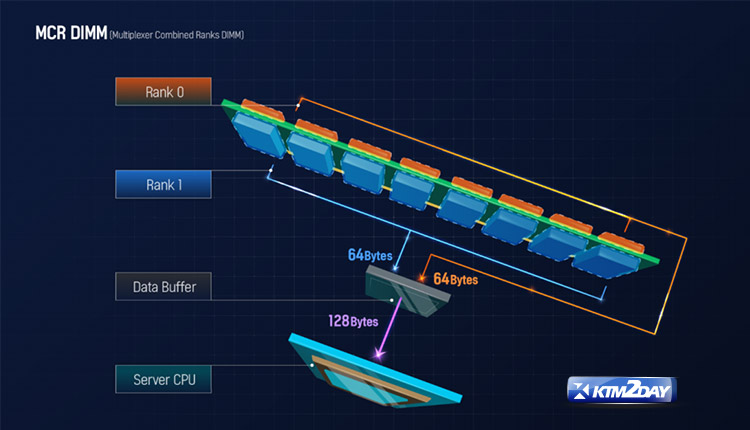 Two tiers of memory chips are used in MCR DIMMs instead of one, effectively doubling the available data transfer rate. Unfortunately, beyond this, details are few and unclear.

SK hynix says that MCR “allows transmission of 128 bytes of data to CPU at concurrently,” yet the accompanying DIMM image doesn’t appear to have enough ports to handle a physically wider memory bus.

For a total effective bandwidth of 8Gbps, SK hynix and Intel may be serializing memory operations for both ranks in a single DDR5 channel.

The DIMM photos from SK hynix show that the Renesas data buffer chip is necessary for this to work. A data buffer exists between the central processing unit (CPU) and the memory chips in Load Reduced DIMMs (LRDIMMs), albeit the degree to which they are similar is debatable.

To operate at DDR5-8000 (and greater) rates, this architecture curiously depends substantially on the physical memory bus and host controller (CPU).

Since the memory bus is the bottleneck in server-grade systems, which must operate at slower speeds to accommodate more memory, taking the path that necessitates such a fast memory bus is a novel approach.

DIMMs operating at DDR5-8000 speeds in a server will increase memory bandwidth and throughput, which can be limited by multicore processors.

Since high-performance computing can benefit from the MCR DIMM’s improved memory bandwidth, SK hynix anticipates the market for these modules to grow. Eventually, SK hynix hopes to put the product into mass production anytime soon.