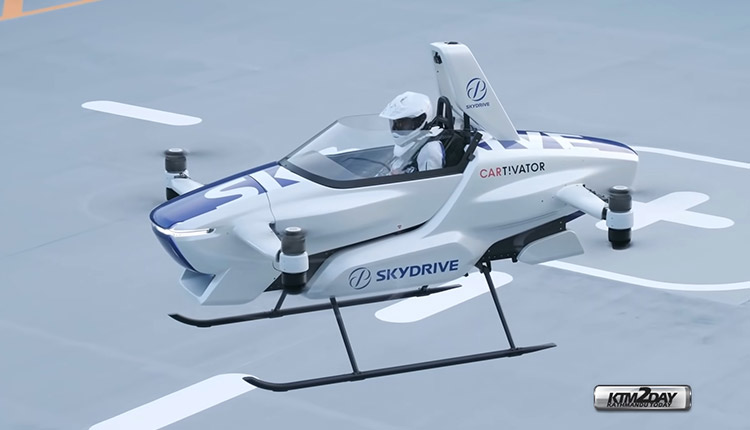 The Japanese company Skydrive has tested an electrically powered one-manned aircraft with a pilot on board. The aircraft was in the air for several minutes. According to the company, it was the first public demonstration of a flying car in Japan.

The SkyDrive vehicle , which is financed by Japanese automaker Toyota, promises to revolutionize the traffic system in the future with its ability to fly. SkyDrive is a startup project of the same name that emerged in 2012 and, since then, has been testing to get off the ground.

The startup flew its SD-03 vehicle which is about four meters long and four meters wide; it takes as much space on the ground as two parked cars, according to a company announcement. The aircraft has eight rotors as a drive, which are arranged as double rotors. This allows the single-seater flying car to take off and land vertically. Further test flights are planned for this year.

The test flight took place on a 10,000 square meter test site owned by the Japanese automaker Toyota. The manned test flight lasted around four minutes. The pilot controlled the aircraft. But it was also supported by a computer-aided control system.

he SD-03 was announced as the smallest VTOL electric vehicle (vertical takeoff and landing) in the world and was created to inaugurate a “new means of transport” for urban life. It has a total of eight rotors that help you fly safely even if there is an engine failure. For now, the project is capable of flying for a short time, between five and ten minutes, but the company’s estimate is that the car can fly for half an hour . 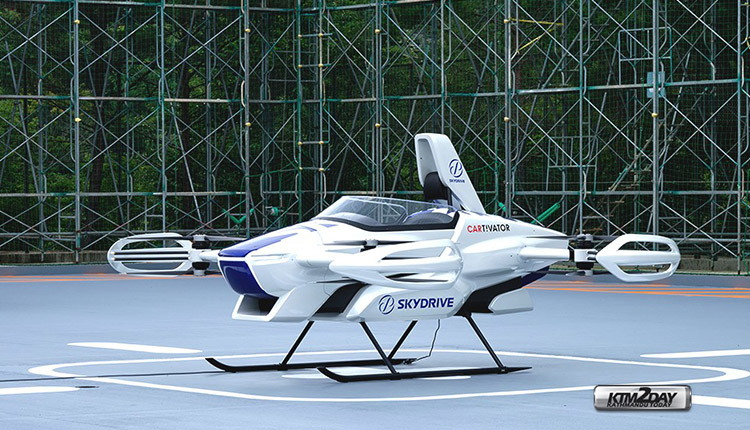 Thirty minutes in a flying car is for short trips, from one specific point to another. Because the vehicle is characterized as VTOL, the proposal is that it takes off and goes straight to the destination “horizontally”, without deviating its path.

Still, there is a lot of work ahead to produce a future where small aircraft should start to appear as taxis in the urban environment.

The company Skydrive, founded in 2018, wants to bring its flying car to the market in 2023. But it is by no means the only player in this market.