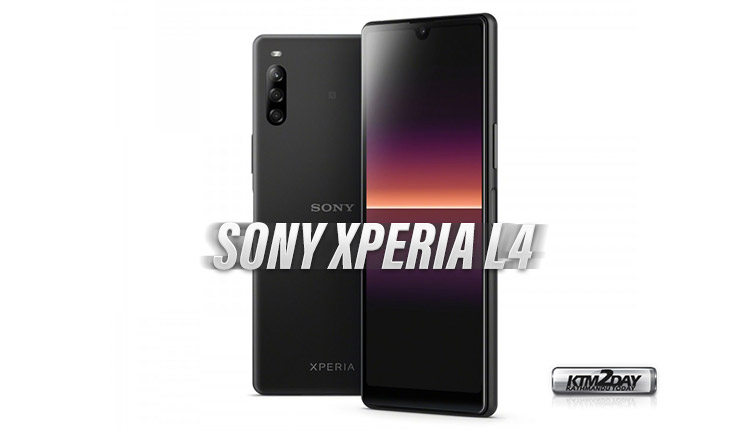 Sony unexpectedly introduced the Sony Xperia L4 smartphone, which looks similar to last year’s flagship Sony Xperia 1, as it is equipped with an elongated screen, a triple camera and a side fingerprint scanner.

However, this is a budget device, which is equipped with a 6.2-inch LCD screen with a resolution of HD + with an aspect ratio of 21: 9. The manufacturer again focuses on the fact that such an elongated display is more convenient for watching movies and simultaneously using two applications.

The battery capacity has increased from 3300 to 3580 mAh, which should positively affect the autonomy of the device. In addition, support for fast charging has been added, although its power is not specified.

The front camera has a resolution of 8 megapixels, and the main camera now has triple setup (13, 5 and 2 megapixels) instead of dual. The smartphone features a 3.5 mm jack headphone jack as well.

Sony Xperia L4 will be released in black and blue this spring, the price has not yet been announced.