Tata Motors’ new electric vehicle has been unveiled in India. The company launched a new electric Tigor with an update on Tuesday.

Tata’s new electric vehicle has received a four-star rating in the Global NCAP Safety Test. The company opened its booking a few weeks ago.

“We are delighted to unveil a new electric Tigor based on the Ziptron technology,” said Sales Chandra, president of the Passenger Vehicle Business Unit.

The company has paid special attention to the exterior and interior design of the new electric Tigor. The new Tigor EV features a well designed projector headlamp. The front grille and front bumper of the vehicle have also been updated.

Tata launches Punch in the micro-SUV segement based on…

The Tigor EV also gets blue highlights inside the headlamps and on the 14-inch stylised steel wheels, which feature a new design.

Tata has given the Tigor EV blue accents on the interior too, to help differentiate it from its petrol-powered sibling. The gear lever has also been replaced with a rotary dial for the drive mode selector. 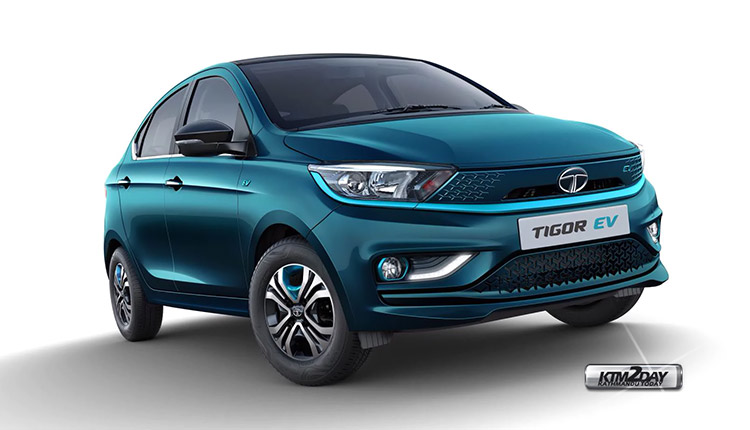 The new electric Tigor, based on the Ziptron technology, packs a 26-kilowatt lithium-ion battery with an IP67 rating that is available in conjunction with an electric motor. It generates 73.75 hp of power and 170 Nm of torque. Customers get an 8-year warranty on the battery.

According to the company, the new electric Tigor takes 5.7 seconds to accelerate from 0 to 60 kmph. This car can be driven in two modes, ‘drive’ and ‘sport’.

The Ziptron Tigor EV has a claimed ARAI range of 306km, which is considerably more than the older model’s 142km and 213km range for the standard and extended range version respectively.

The company is positive that this new electric Tiger from Tata will have a good market like the Electric Nexon.

The Tigor EV model is currently only available in the indian market. The Tigor EV is expected to launch in nepali markets in the next few months.

The pricing of the variants are as follows: