It appears that Tesla is working on its first smartphone, which is expected to be geared toward gaming.

The world-renowned design company ADR shared concept images, fueling speculation that Tesla is definitely developing a smartphone (in a video).

People are wondering if Tesla is going to go after the iPhone or develop a whole new market segment, such as a satellite phone that operates where standard WiFi or 5G services are missing, and can mine cryptocurrency anywhere, including on the planet Mars?

It’s also possible that Tesla isn’t the first company to focus solely on a new business area and succeed. Samsung and Apple are two examples of companies that started out making televisions and now have the largest market share in the smartphone industry.

Because of these examples, Elon Musk may have decided to alter the course of Tesla’s business model and begin work on a smartphone version of the Tesla brand. This appears to be a gaming-specific design, based on what has been revealed thus far.

One of SpaceX and Elon Musk’s most important pet projects, Starlink, is a natural fit for a Tesla phone.

Low-orbit satellites will be used to construct a global network that will allow everyone, anywhere in the world, to easily access the internet. You may sign up for a free trial account here if there is coverage in your region.

Although Starlink has a long way to go, it makes sense to include native support for it on a Tesla phone. 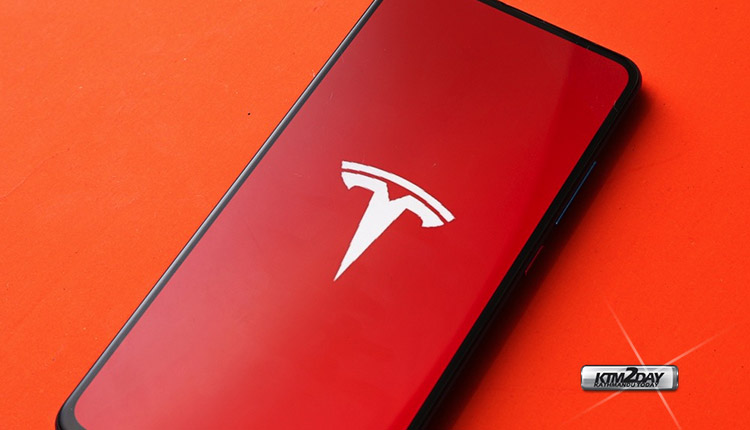 In addition, the first images of the Tesla phone were shown, and judging from what we’ve seen, Tesla is going for a completely different look. The back of the device is depicted in various shades of blue, with the Tesla logo prominently displayed.

Additionally, the images show three horizontal openings, which are expected to house a triple rear-facing camera configuration. It’s important to note that the three sensors are arranged in a different way than we’re used to seeing on smartphones.

On the other hand, the model’s body appears to be constructed of various metallic materials and has a mechanical look and feel, which if confirmed will set it apart from other smartphones on the market.

4K and 2 TB internal storage
From what we’ve learned so far, this phone will feature Qualcomm’s next Snapdragon 898 SoC, a 4K display, a 108-megapixel main sensor, and 2 TB of internal storage.

The smartphone is also exaggerated to feature a built-in solar charging feature along with integration with Tesla automobiles for locking and unlocking and several other remote commands.

We don’t know how much the phone will cost, but based on its unique design and specifications, we may be looking at a price that most people can’t afford.