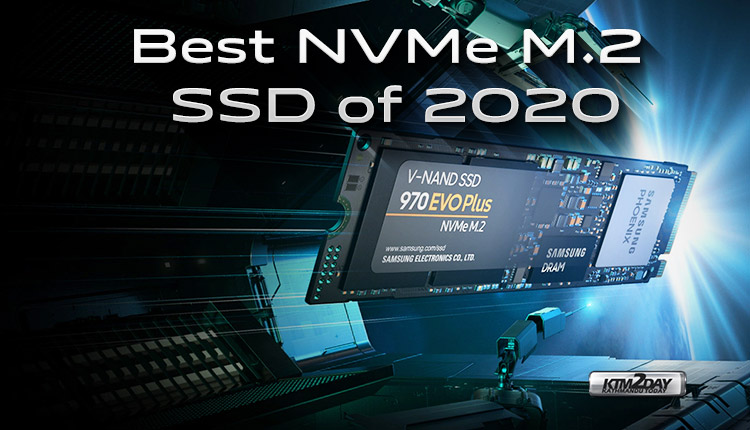 Check out the best NVMe M.2 SSDs on the market in 2020 and find out what makes them so fast in terms of the technologies used.

Solid State Drives, better known as SSDs, are increasingly common on the most current PCs. Due to its growing popularity, its price per GB has dropped considerably since last couple of years, making way for latest notebooks to come with SSD drives factory installed . However, there is a difference in terms of performance and quality between them, and for this reason, this list was created with the best NVMe M.2 SSDs of 2020 to guide you in the search for the best value for money! 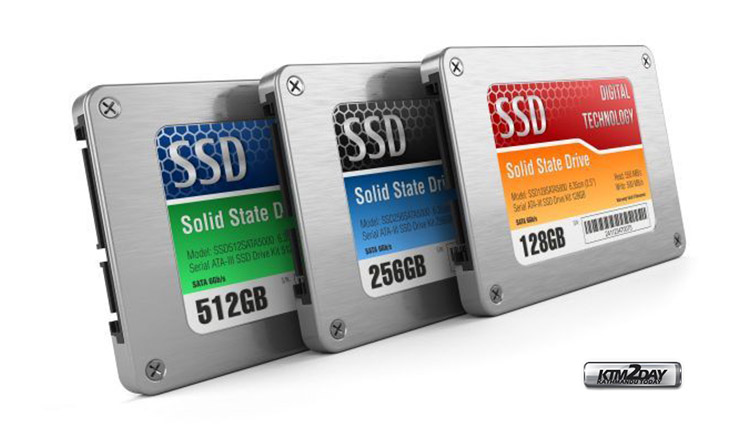 Solid State Drives, better known as SSDs, are devices that use integrated circuits to store data. Typically, SSDs use flash memories, which give them resistance to physical shocks, the ability to run silently, be lightweight and have less latency (response time to access data).

Due to the superiority of SSDs in terms of reading speed and their resistance to shocks (an important factor for notebook users), this hardware has become an increasingly prevalent option in the market since the launch of the first Solid State Drives. The first SSDs used SATA bus, the same used in “good old” HDDs (Hard Disk Drives), and had the size of 2.5-inch HDDs (those used in notebooks).

State-of-the-art SSDs, however, used the PCI Express bus, the same used by video cards, for example. This technology was used before NVMe SSDs and was very useful for companies and supercomputers. 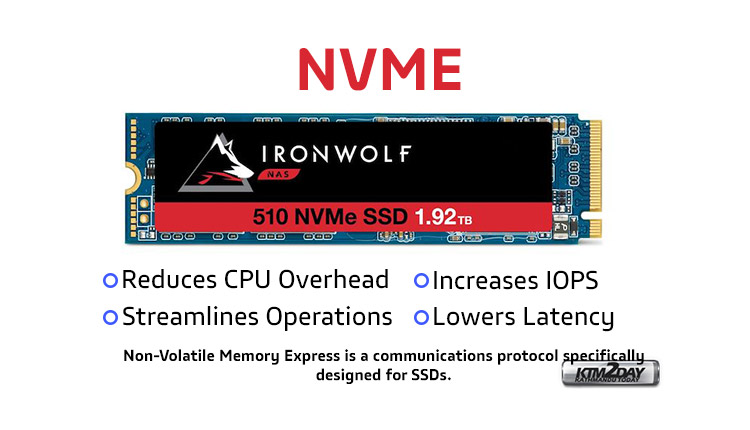 Note: the old interface protocols were developed for HDDs, where there is a huge lag compared to SSDs, causing a very long delay in the processing of the CPU, more specifically between the request and the data transfer.

Where is NVMe present?

NVM Express technology is present in standard sized PCI Express expansion cards (such as a sound or video card, for example), 2.5-inch SSDs, which use the SATA bus, and M.2-shaped SSDs that support NVMe.

The first specifications of the NVMe standard emerged during the Intel Developer Forum 2007 event, when NVMHCI was shown as a protocol. Then, in the following year, in 2008, the first NVMHCI 1.0 specification was completed. After this stage, in 2009, technical work on NVMe started, which was developed by NVM Express Workgroup (group of more than 90 companies), with Amber Huffman, from Intel, leading as president.

Version 1.0 of the NVMe specification appeared in March 2011. After this step, there were improvements, going through several versions. Then, in August 2012, the first NVMe chipsets appeared, which were developed by Integrated Device Technology. After that, the first corporate NVMe drive announced was Samsung’s XS1715, which was launched in 2013.

In 2014, the first NVMe units were finally available commercially on the market. In March of the same year, the NVM Express Workgroup group was incorporated to become NVM Express, Inc., forming a conglomerate of 65 companies in the sector in all. NVM Express, Inc. is chaired by a board of thirteen selected members of the promoting group that includes Cisco, Dell, EMC, HGST, Intel, Micron, Microsoft, NetApp, Oracle, PMC, Samsung, SanDisk and Seagate. 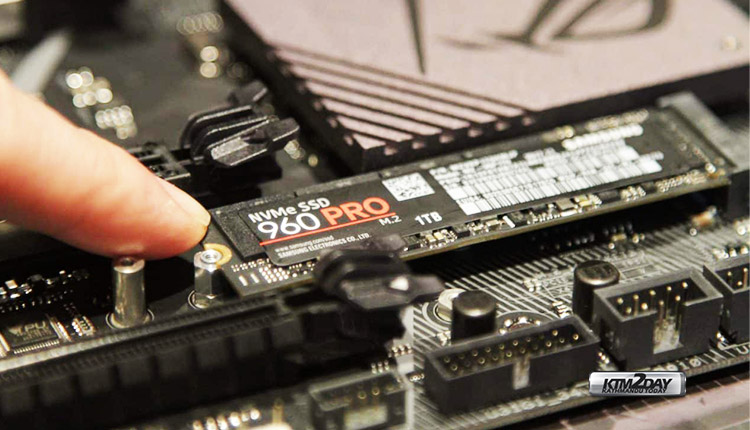 The Next Generation Form Factor (NGFF), better known as M.2, is a computer expansion card specification. The M.2 uses a physical PCI Express Mini Card layout, giving more flexibility to manufacture it in different sizes. Combined with more advanced interface features, such as NVMe, M.2 is a much more efficient alternative than mSATA for SSDs (Solid State Drives).

You may find that the M.2 card specification is only present on Solid State Drives (SSDs), however, it is not used only on these storage devices. M.2 is also present in Wi-Fi, Bluetooth , NFC cards , among others.

Check below the list of the best SSDs with NVMe technology in the M.2 format of 2020.

It is difficult to outpace the high performance M.2 SSDs manufactured by Samsung, one reason for this is the fact that it was the first company to launch the format. The Samsung 970 EVO Plus is one of the fastest M.2 SSDs on the market, with few models managing to overcome it. Although the PRO version of the 970 series has superior performance, in most cases it will not pay off the investment due to the high price charged for this model. 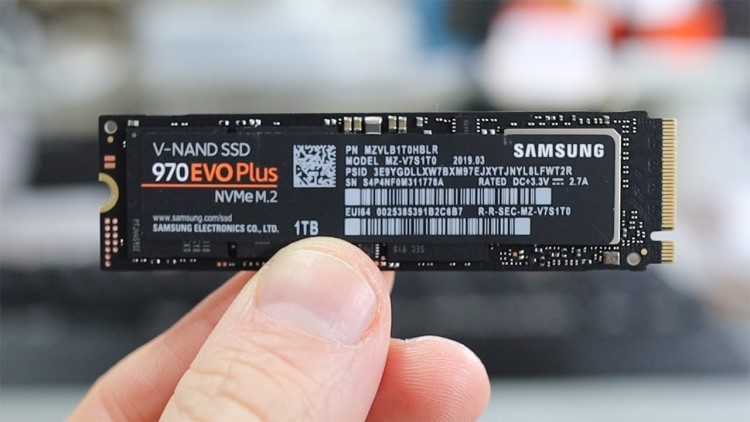 Like the 970 PRO, the 970 EVO Plus also has a good record-breaking ability. Its 1TB model has, according to Samsung, a useful life of 600TB of recordings. That is, your PC will probably be obsolete when the SSD is showing signs of the end of its useful life.

The 1TB model of the Adata XPG SX8200 Pro SSD is among the best options, with this storage capacity, on the market. Due to its excellent performance and sometimes cheaper than Samsung 970 SSDs, it is an excellent cost-benefit. 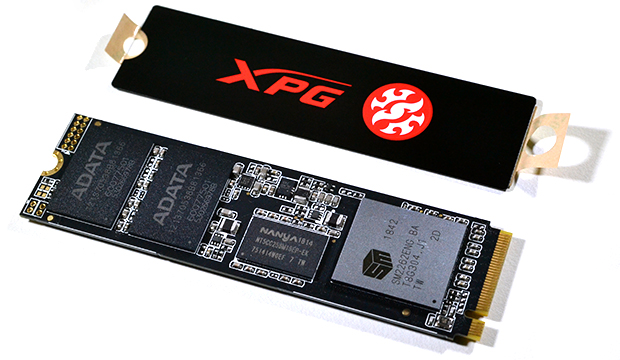 In addition to good performance and price, the Adata XPG SX8200 Pro also has a black heatsink to assist in cooling.

The Corsair Force MP600, with a storage capacity of 1TB, is currently the Solid State Drive M.2 with the fastest PCIe 4.0 support on the market. 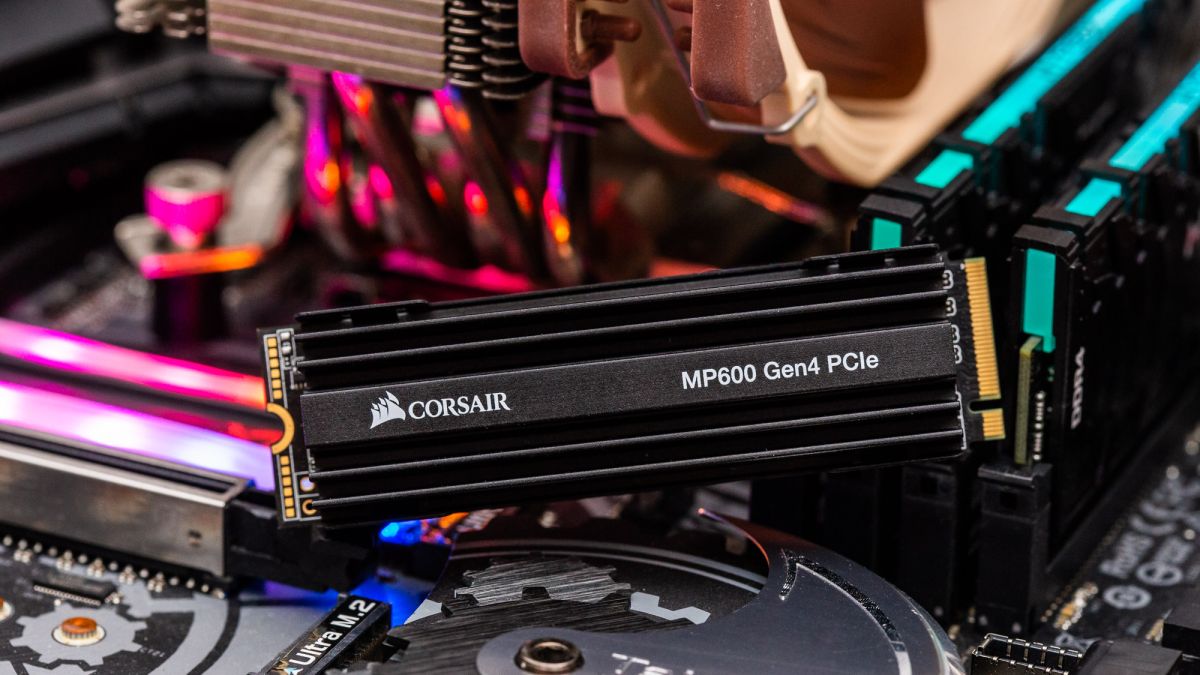 The Corsair Force MP600 is obviously expensive, but this is the price for the performance it offers. After all, it is faster than any PCIe 3.0 SSD ever released.

Western Digital has been highly praised when it comes to HDDs (Hard Disk Drives). Fortunately, the company proved itself competent when entering the SSD market. The WD Black SN750 has excellent speed rates and has robust monitoring software that allows you to activate or deactivate game mode, which makes it even faster.

In regular tasks, the WD Black SN750 manages to be almost as fast as the Samsung 970 EVO Plus. However, when it is highly demanded, it loses performance and Samsung wins.

The WD Blue SN550 is a low cost NVMe SSD, but with satisfactory performance. It is able to respond with good speed to applications and a large part of the workloads for the vast majority of consumers.

If you are not an enthusiast, but want the benefits of SSDs in M.2 format with NVMe technology, the Blue SN550 will be an excellent choice. In addition, the SSD still has a 5-year warranty, which shows Western Digital’s confidence in its product.

Crucial P1 is an SSD that offers excellent performance for what it costs and manages to be a great choice in terms of cost-effectiveness. However, their speeds are not always sustained when the hardware is under high load, so keep that in mind.

However, despite the negative point mentioned above, it proved to be better than the faster SATA SSDs. In other words, it is an alternative for those who want something faster than an ordinary 2.5 inch SSD, but do not want to pay fortunes to obtain extreme speed.