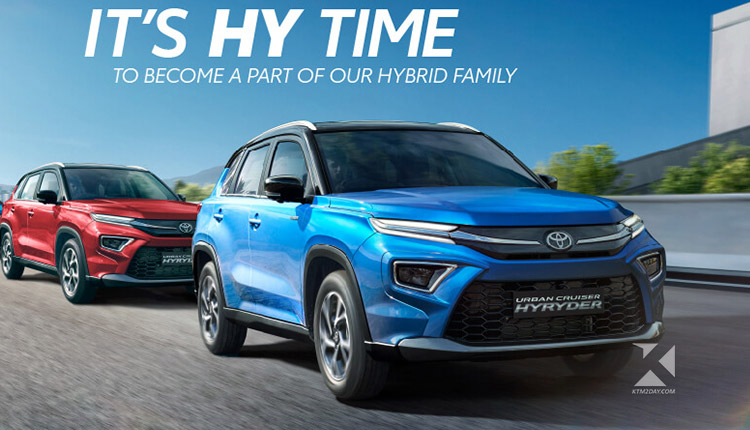 The Toyota Urban Cruiser Hyryder has been introduced in India today. Toyota’s first foray into the C-SUV industry in India will be marked by this new SUV.

Developed in collaboration with Maruti, Toyota’s Urban Cruiser Hyryder is ready to compete in India’s growing market for compact SUVs.

For the first time in the sector, the Hyryder will have a powerful hybrid drivetrain, as well as an all-wheel drive system distinct to the segment. The Hyryder’s front end appears sleek and high-end. Sleek grille, split headlamps and a huge air dam are among of the car’s standout design characteristics.

The design appears to be identical to other Toyota SUVs sold across the world. Its grille has a simulated carbon fiber finish with chrome inlays that continue from the headlights to the edge of the hood.

An otherwise stylish front fascia is given a tough edge by a silver skid plate at the bottom.

Lower than the grille but higher than the air dam, the Urban Cruiser Hyryder’s primary LED headlamps are mounted on the bumper of the vehicle. 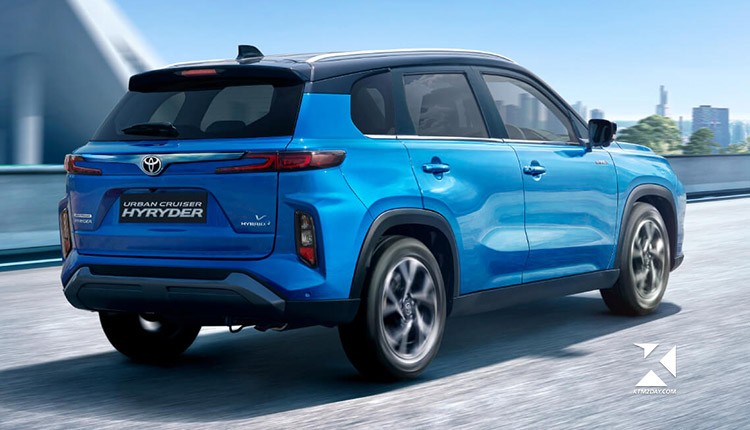 Silver borders accentuate their prominence. LED daytime running lights and turn signals are integrated into the lighting units above the headlamps, which are separated by a chrome strip that extends onto the grille.

The Hyryder appears to have extended proportions when viewed from the side angle. This compact SUV is similar in width and height to others on the market, but it has a longer wheelbase, giving it a more luxurious and dynamic appearance.

In addition to the blacked-out pillars, it has black cladding on the sides to give it the premium SUV look.

Toyota will offer 17-inch machined alloy wheels as an option on the Urban Cruiser Hyryder.

The sleek design of the forthcoming Toyota SUV is best seen from the back. There is a wide piece of chrome trim connecting its tail lights. On either side of the rear bumper, the reverse lights draw attention to the vehicle’s width. 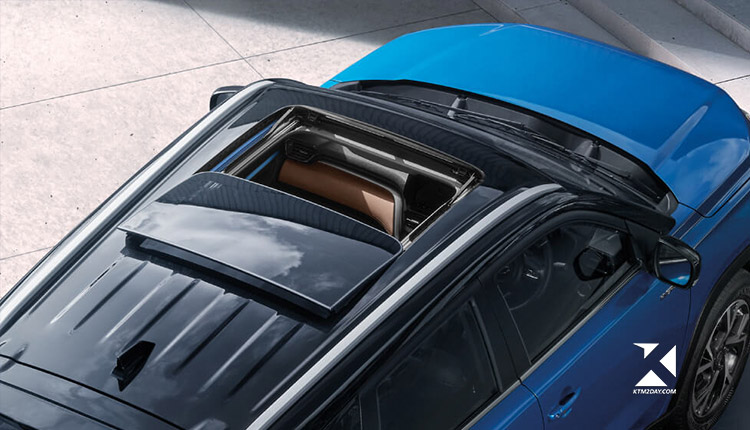 The number plate is etched into the boot lid’s recessed area. The silver skid plate occupies the majority of the rear bumper.

The LED taillights have a C-shaped inner part. It enhances the vehicle’s premium appearance by emitting a distinct light signature. The reversing lamps and turn indicators are housed in the lower row of lights below that. 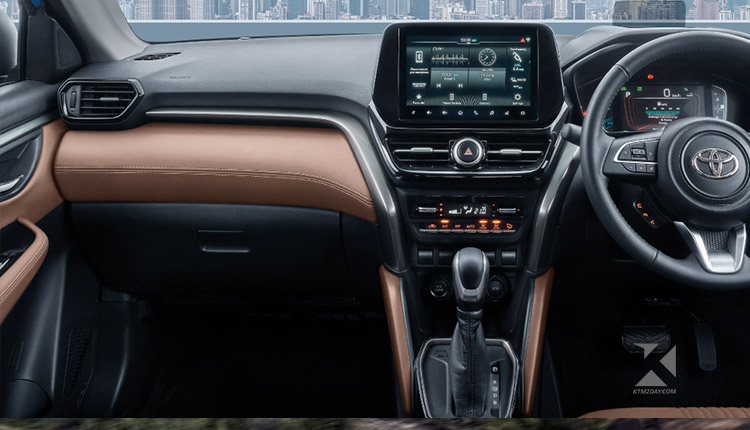 Additionally, the center console of the Urban Cruiser Hyryder shares a similar design language to that of other Toyota models like the Fortuner.

Its dashboard may not be as technologically advanced as some of the other premium small SUVs on the market, but it does not lack in functionality. In addition, the inside has a high-end appearance.

Maruti’s new Brezza’s 9-inch touchscreen infotainment system can be found on top of this dashboard. Underneath the central AC vents, the climate controls are likewise the same.

The only transmission option for the hybrid powertrain is an e-drive automatic with no gears. Regenerative braking is likely to be the reason for the ‘B’ mode on the drive selector. 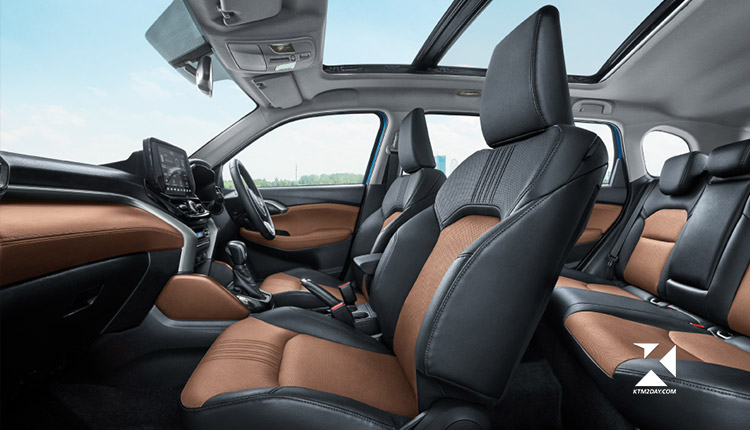 There are buttons for EV, drive, and ventilated front seats behind the drive selector in the Hyryder’s V trim level.

EV mode, drive mode, and ventilated front seats are all conveniently located behind the drive selector on the Hyryder’s top-spec V trim.

In the hybrid Urban Cruiser Hyryder, black and brown upholstery contrasts with an all-black interior for the petrol models. Seats of the higher-end models are covered in synthetic leather.

If you’re looking for a vehicle that offers a panoramic sunroof, the Urban Cruiser Hyryder is your best option. 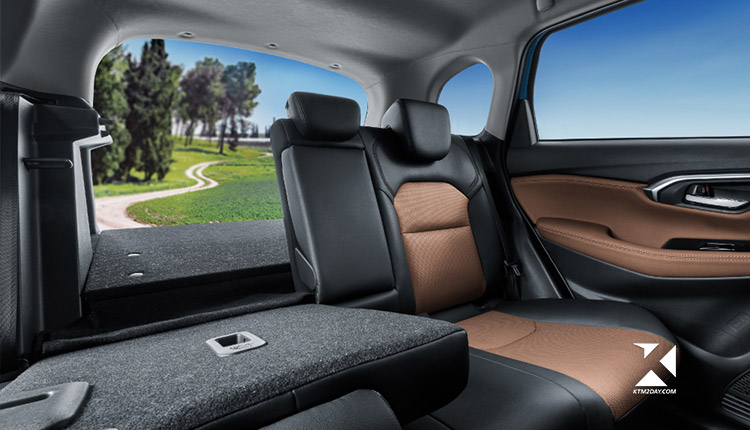 The Toyota SUV’s cargo capacity isn’t exactly known, but it’s clear that the hybrid model suffers a little from it. The battery pack is located midway between the rear wheels, behind the rear passengers. Thus, the hybrid model’s trunk has a raised floor and a split area on the outside.

Maruti Suzuki’s K-series 1.5-liter engine, which is also used in the XL6 and Ertiga MPVs, is equipped with the mild-hybrid engine/Neo-Drive option. One of the engine’s mild-hybrid features is an integrated starter generator that provides power and torque. Neither a pure-EV mode nor a fully-electric range are offered by this particular vehicle. The ISG reduces the amount of fuel used while the vehicle is in a start-and-stop situation. 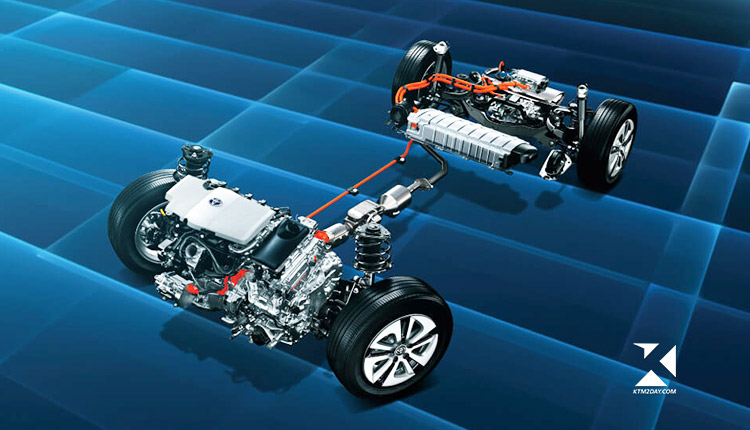 All-wheel drivetrains will be the first choice in the Urban Cruiser Hyryder Neo-Drive variations, which will be the first of their kind in this market sector. As far as transmissions go, it’ll be offered with a choice of a 5- or 6-speed torque converter automatic.

All four trim levels of the Toyota Urban Cruiser Hyryder mild-hybrid model will be offered, in contrast to only the S, G, and V trim levels for the strong Hybrid variant.

There are a few differences between the mid-spec S trim and the higher-end S trim models when it comes to available options. Although it isn’t available in the base E model, there is a crystal acrylic grille and black-brown interior available in the S and G trim levels, which the E model lacks. 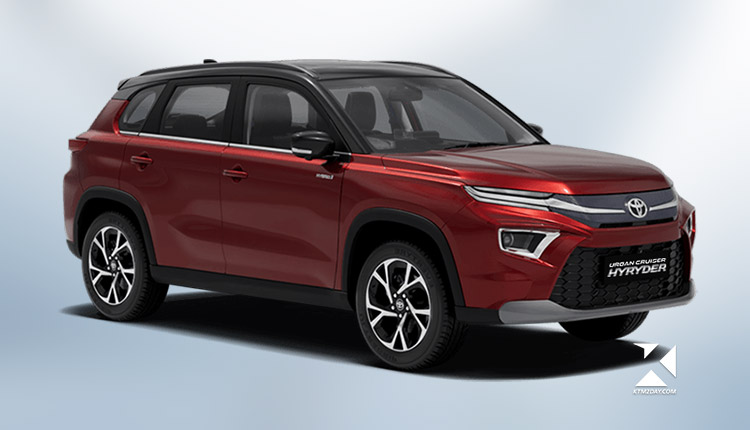 Expect to pay between INR 9.50 lakh and INR 16 lakh for the Toyota Urban Cruiser Hyryder (ex-showroom).

The new HyRyder will begin production in August 2022. Bookings are planned to begin in August 2022, and the launch date is expected to be in September 2022.