The Vivo Y21G has been released in India by Chinese smartphone maker Vivo. It is the successor to the Vivo Y21 launched last year, and it features a Helio G70 SoC, a 5000mAh battery, and other features. So, let’s go over the specifications, features, and estimated price of the Vivo Y21G in Nepal.

The device is powered by a MediaTek Helio G70 chipset and comes with 4GB of RAM and 128GB of storage. Vivo has included extended RAM 2.0, which allows up to 1GB of storage to be used as RAM. A microSD card can be used to expand the storage up to 1TB.

Furthermore, the device is powered by Funtouch OS 12, which is based on Android 12.

The Vivo Y21G has a dual-camera setup on the back with a 13MP primary camera and a 2MP secondary sensor. Inside the waterdrop notch on the front is an 8MP selfie camera. Both the front and rear cameras can record 1080p videos at 30 frames per second.

The device has a USB Type-C port, dual SIM slots, 4G, Bluetooth 5.0, and other connectivity options. It also has a fingerprint sensor on the side for biometrics. 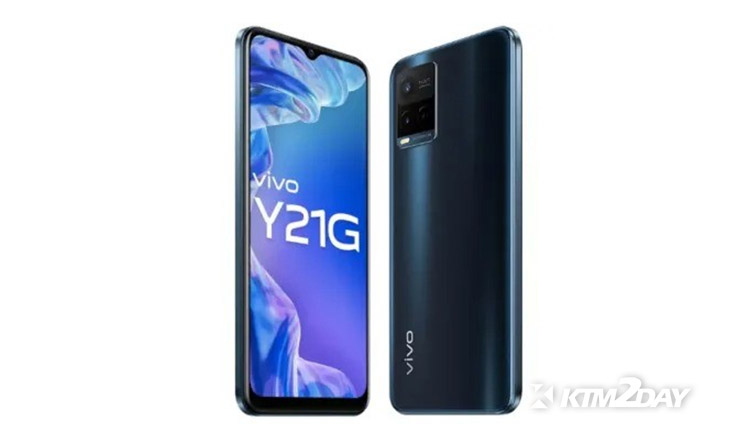