Xiaomi corrects bug on the Mi 11 series with the MIUI 12.5.12 stable version update Xiaomi, a Chinese smartphone maker, has been releasing variations of the MIUI 12.5 operating system for its handsets. The MIUI 12.5.12 stable version update for the Xiaomi Mi 11 series has been rolled out in stages this week, according to the firm. This update is now available for the regular Xiaomi Mi 11 model as well. The Google August security patch is included in this update, which has a file size of 125MB. Aside from that, this version corrects an annoyance that caused the mute indicator to appear improperly on the volume panel.

Earlier this month, the Xiaomi Mi 11, Mi 11 Pro, and Mi 11 Ultra received a significant software upgrade weighing in at 4GB. Furthermore, the MIUI 21.9.17 internal beta update is presently available for customers who have qualified for participation in the internal beta program. The system is the first to be equipped with the Android 12 kernel, and at the same time, it corrects a number of flaws that were present in the development version of the system. However, it also carries with it a slew of new issues that are associated with the Android 12 operating system. This mechanism will be gradually optimized and repaired in later updates, according to Xiaomi. 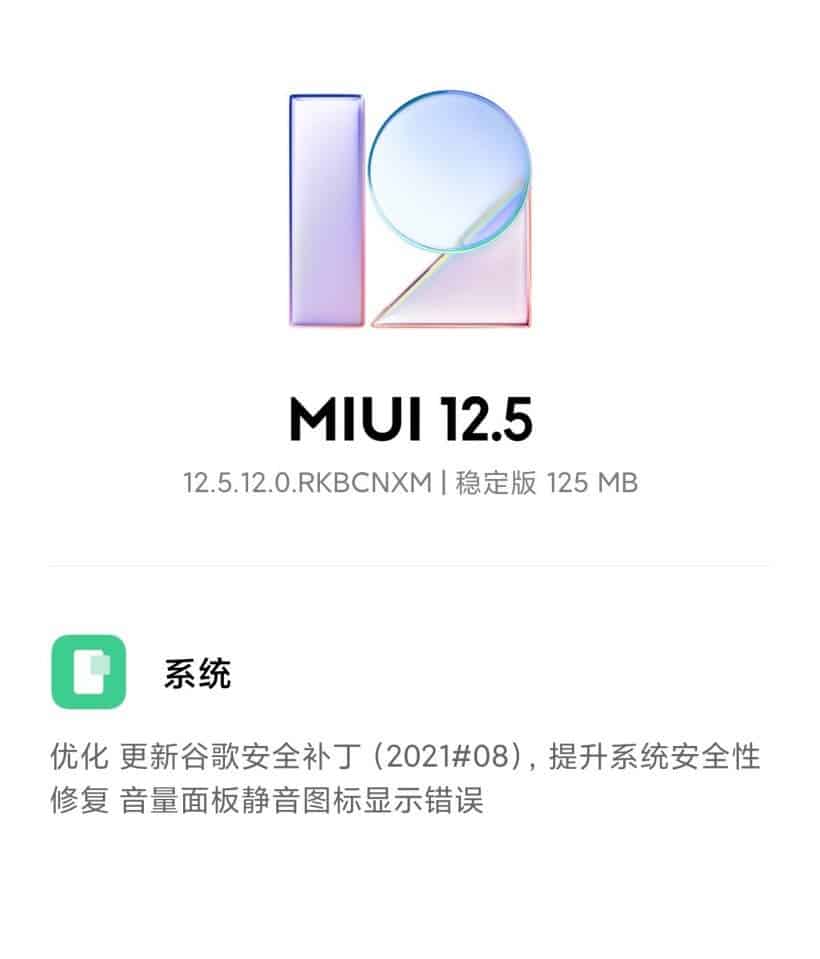 NEW DEVELOPMENT VERSION OF MIUI 12.5 (ANDROID 12) FOR THE XIAOMI MI 11 ULTRA
Android 12.0 was released in May of this year, and it represents a significant upgrade over the previous Android version. Following that, major mobile phone makers began to build their own new platforms as well. Because all Chinese manufacturers have implemented extensive customisation of the Android operating system, the time required for adoption is longer. According to user input, the Xiaomi Mi 11 Ultra is currently receiving the most recent Android 12 software upgrades. The version number is MIUI 12.5 21.9.25 development version internal test, and it is a development version. The most notable feature of this version of the system is the upgrade to the Android 12 operating system version.

Also worth highlighting is that the update log indicates that this update enhances the stability of the system and optimizes the fluency of the system, which is important information. We also anticipate that the performance of the MIUI 12.5 system will be improved as a result of this release.

It is crucial to remember, however, that this update is a cross-platform upgrade for Android devices. Consequently, in order to limit the danger of losing data, users should ensure that they back up their data before upgrading. This update requires a significant amount of time to start and load. Furthermore, problems with performance and power consumption, such as heating, may emerge within a short period of time after the device has been turned on. With addition, some third-party applications that are not compatible with Android 12 may not function properly in the new version.