Xiaomi is working an application to connect mobile phones to the desktop computer, according to the XDA-Developers. Known as Xiaomi Device Control , the app allows the user to transfer files and control the smartphone directly from the PC. The feature is not yet available and is still under development in upcoming MIUI 12 update.

Xiaomi Device Control feature was discovered in the latest version of MIUI 12 Beta codes for Xiaomi Mi 10 Ultra. Just like Your Phone app from Microsoft and Huawei Share, the app integrates the two devices over wireless networks so that the user can have access to the phone’s resources through the computer.

According to the XDA website, the new Xiaomi application makes use of the Wi-Fi connection. Among the features currently present in Xiaomi Device Control is the tool to mirror the screen from the smartphone to the computer display. In addition, it is possible to make file transfers between devices without the need of any cable connection. 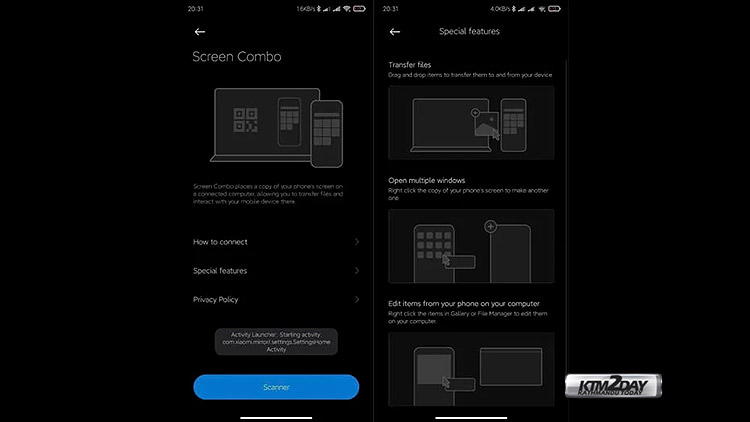 The feature, however, is still limited only to the Mi 10 Ultra and the Mi Notebook Pro 15 2020 at the moment. The expectation is that the application will reach more devices in the future and be launched for all users of MIUI ecosystem in the coming months.