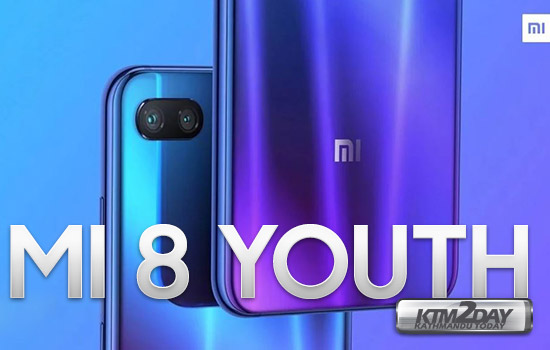 Xiaomi seems to be hyping up for its September 19 event when yet another alteration of the original Mi 8 will be announced.

A few days ago, Apple officially released three iPhones: iPhone XS, iPhone XS Max, and iPhone XR. Now, many Chinese manufacturers are already comparing what they have coming to the new iPhones. At the end of the Apple conference, Xiaomi Mobile officially released a comparison of Xiaomi Mi 8 Youth Edition and the iPhone (version not specifies). From the poster, the Xiaomi Mi 8 Youth Edition will be available a gold version and looks quite exotic like the iPhone gold version. We have also seen this smartphone in Fantasy Blue and Twilight Gold options. Now, Xiaomi has officially announced that the Mi 8 Youth Edition will also be available in Deep Gray. This leaves us with at least four colour options for now.

Also read – Xiaomi Mi A2 Review – Bang for the Buck

At this price tag, the speculations are that this smartphone will be powered by the recently released Qualcomm Snapdragon 710 SoC further popularizing this chip. The likes of Smartisan Nut Pro 2S, Xiaomi Mi 8 SE, 360 N7 Pro, and others use SD710 and they are all in the same price range. As earlier speculated, this smartphone will be powered by a Snapdragon 710 processor coupled with 6GB of RAM and 64GB internal storage. In the camera department, we have a dual rear 12MP primary snapper with an unspecified secondary shooter. Up front, its got a massive 24MP camera for selfies. The battery will be 3250 mAh but there is no information on the operating system. The overall design is consistent with the Xiaomi Mi 8 series.