The news was shared at the company’s most recent launch event, where the Xiaomi 13 series smartphones, the Xiaomi Watch S2, and the Xiaomi Buds 4 were introduced to the public for the first time.

Newest Xiaomi PCs are powered by Intel’s Core i5 processors from the 12th generation, which include a 12-core, 16-thread heterogeneous design with a maximum clock of 4.4GHz.

There will be a storage-free model of the Xiaomi Mini PC, and it comes with 16GB of RAM.

On Sunday, Xiaomi introduced the Xiaomi Mini PC together with the Xiaomi 13, Xiaomi 13 Pro, Xiaomi Watch S2, and Xiaomi Buds 4. The manufacturer claims that Windows 11 will already be installed and ready to use on these machines.

Newest Xiaomi Mini PC are driven by Intel Core i5 processors with a 12 core, 16 thread heterogeneous architecture. The Xiaomi Mini PC’s processor can run at speeds up to 4.4GHz. 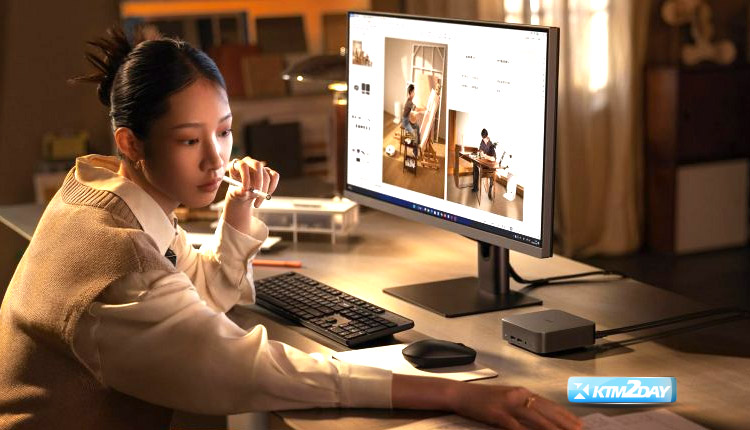 The Xiaomi Mini PC comes pre-loaded with Windows 11 from Xiaomi. Ubuntu, OpenWRT, UNRAID, and EXSI are alternative operating systems that users can switch to if they so want.

There is a total of 16GB of DDR4 RAM in both models, with the base model also including 512GB of PCIe 4.0 SSD storage. Extras like 32GB of RAM and 4TB of SSD space are available as upgrades.

According to the manufacturer, a 4600 RPM fan and a dual heat pipe dissipation system keep the Xiaomi Mini PC running cool.

The Xiaomi Mini PC has a square metal unibody construction.

The base model, which is already on sale in China, originally had a launch offer price of CNY 3,699. (roughly USD 530). Meanwhile, starting December 14th, Chinese customers will have access to the version without built-in storage.

The only color option for the Xiaomi Mini PC is black.