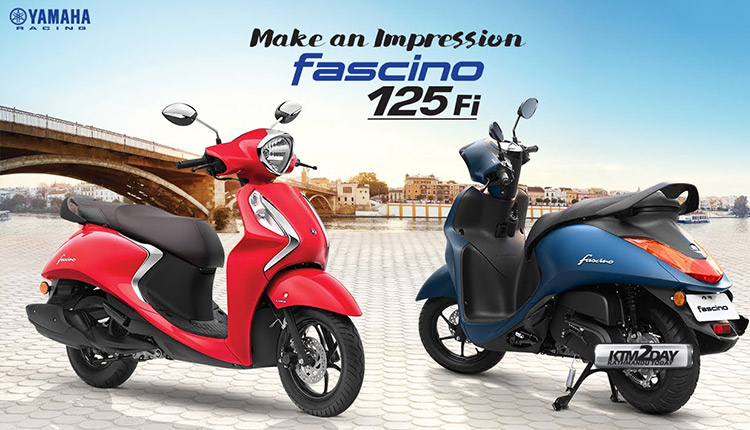 The Yamaha Fascino has already won hearts with its unique appearance and slick design. The new Fascino 125 FI comes with the visual impression of a “Classic European styling” along with the new features and technologies as it gets an all-new exterior design, higher quality bodywork, newly designed headlight, new gauges and other features.

The all new Fascino 125 Fi is powered by a BS VI compliant, air cooled, fuel injected (Fi), 125 cc blue core engine that produces a power output which is +30% and fuel economy +16% higher compared to the earlier 113 cc Fascino scooter and the body weight is 99 kgs, which is 4 kgs lighter than Yamaha’s earlier scooters. The BS6 compliant motor is capable of churning out 8 bhp and 9.7 Nm of peak torque. In terms of efficiency, Yamaha claims that the Fascino 125 is capable of returning a mileage figure of 58 kmpl which is 16 per cent higher than the 110cc version.

The unique “Stop & start system” prevents engine idling and subsequently starts with a single throttle twist which uses the sensors to assess the riding environment. The “Smart motor generator (SMG)” fitted to the new Fascino 125 Fi brings a quieter engine start without the need for a separate conventional electric starter. 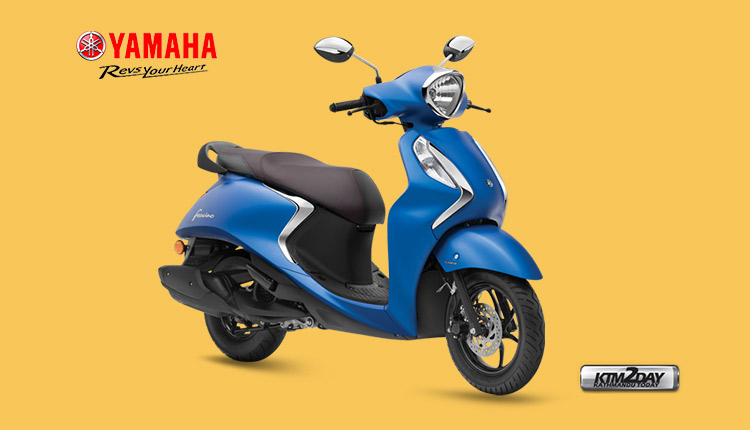 Design-wise, while the scooter follows the same silhouette of the current Fascino 110, it has a more defined form with prominent chrome accents. This gives the scooter a more mature and premium look.

Besides that, compared to its predecessor that came with steel wheels, the new Fascino 125 is equipped with cast alloy wheels that have a 12-inch front and 10-inch rear configuration. Yamaha has also managed to reduce four kgs in terms of the overall weight of the scooter, thanks to the redesigned frame and alloy wheels.

The scooter is suspended by telescopic forks up front and a monoshock at the rear. Braking is handled by either a drum-drum or a disc-drum setup depending on the variant selected. 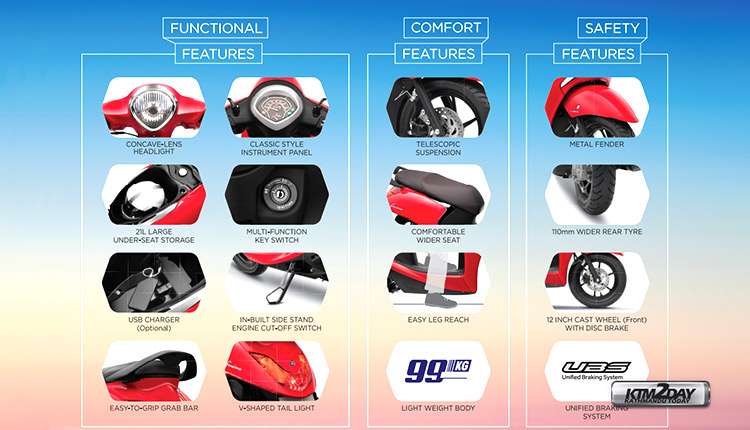 On the feature front, the scooter is equipped with larger 21-litre under-seat storage, wider seat for better comfort, multi-function key fob with seat opener and a side stand engine cut-off switch.

Yamaha is offering the new Fascino 125 with a wide choice of colour options ranging from the Dark Matte Blue, Cyan Blue and Metallic Black along with the Vivid Red and Yellow Cocktail. 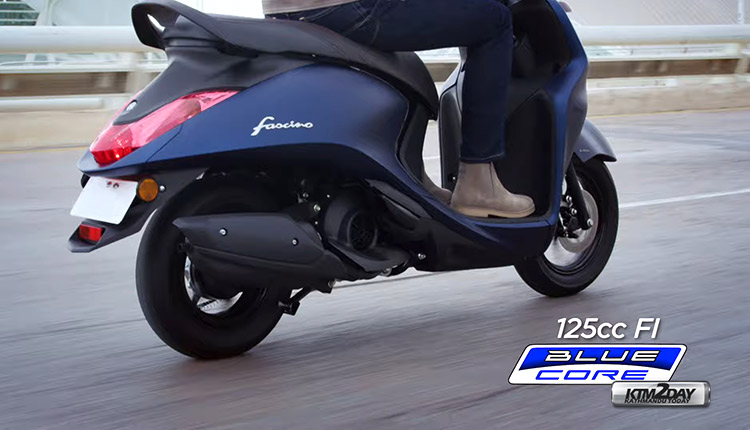 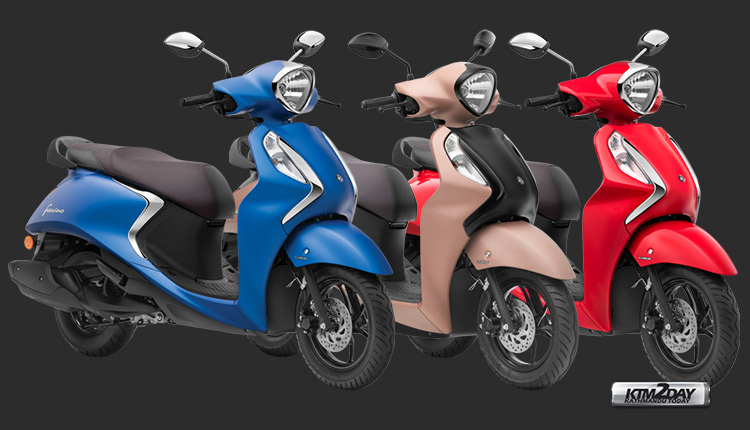 Morang Auto Works(MAW), the authorized dealer of Yamaha two-wheelers in Nepali market has launched the all new Yamaha Fascino 125 FI BS6 variant at a price tag of Rs 2,49,900.