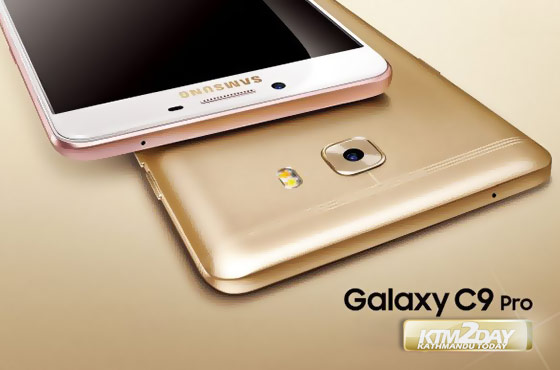 Samsung India has announced the launch of its all new smartphone powerhouse, the Galaxy C9 Pro.

The Galaxy C9 Pro is the first Samsung smartphone with powerful 6GB RAM which offers a seamless multi-tasking experience.

In addition, it also comes with an inbuilt memory of 64GB which is expandable up to 256GB. Samsung Galaxy C9 Pro also hosts a 64-bit Octa Core processor. It sports an enhanced 16MP front and rear cameras.

The Galaxy C9 Pro also features a full metal unibody design and with 6.9mm thickness, the handset has a comfortable one-handed grip. It weighs only 188 gm and comes with a long lasting 4,000 mAh battery.

In Nepal, the C9 Pro will be launched in the end of February. The pre-booking for the same will start in mid-February and it will be priced under Rs 60,000.