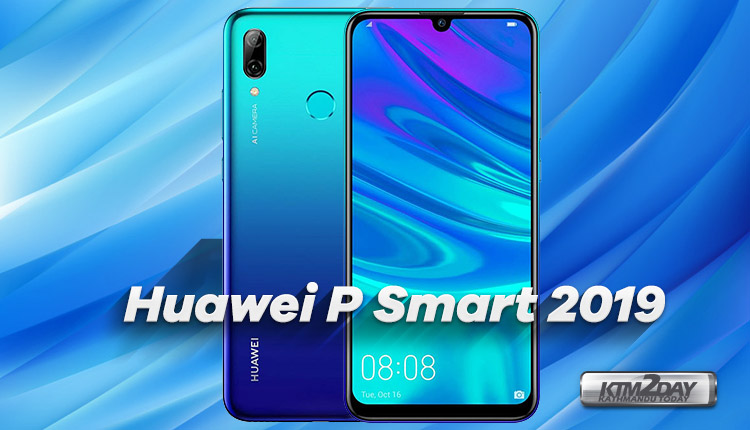 The device comes with a waterdrop style notch on the front display and a gradient rear panel which is a common feature in most of its new smartphones launched in 2018.

Key features of the device include a waterdrop style notched display, Kirin 710 processor, dual camera setup on the back and a gradient back panel.

Huawei P Smart (2019) sports a 6.21-inch IPS LCD display with a resolution of 2340×1080 pixels. The company claims that the device offers a screen to body ratio of over 90 per cent. It is powered by the company’s own HiSilicon Kirin 710 processor paired with an ARM Mali-G51 MP4 GPU. 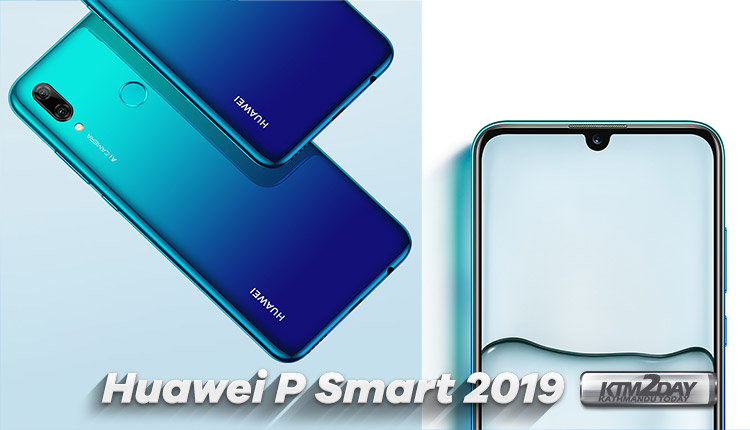 The device comes with 3GB of RAM along with 64GB of internal storage expandable via a microSD card. It runs Google’s Android 9.0 Pie operating system with the company’s own EMUI 9.0 skin on top. All of this is backed by a 3,400mAh non-removable battery with 10W fast charging support.

Huawei P Smart (2019) sports a dual camera setup on the back consisting of a 13MP primary RGB sensor paired with a 2MP depth sensor. On the front, it features an 8MP sensor for taking selfies. Connectivity options include 4G LTE support, Bluetooth 5.0, single-band Wi-Fi 802.11 (2.4GHz), GPS, a micro USB port, and a 3.5mm headphone jack.

The device has initially landed on the European market but very soon make its way to other emerging markets like Nepal soon. The smartphone is priced at € 249 in the European market which comes to be around NRs. 31,880 if converted directly without adding any import taxes.