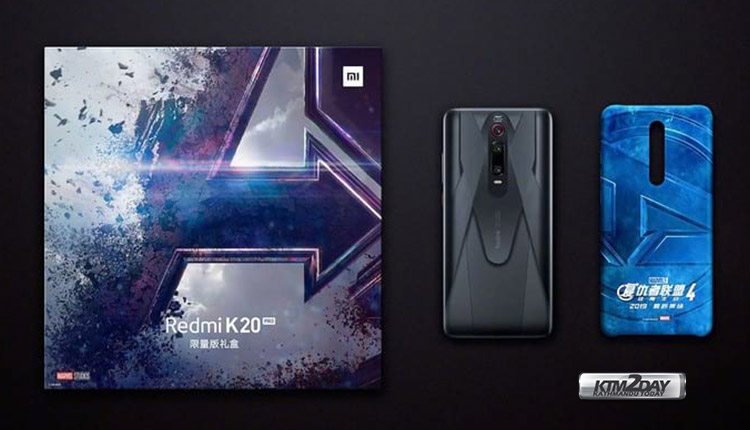 If you are a fan of Marvel, or the Avengers, surely this smartphone will please you. Unlike other versions of the Redmi K20 Pro – which features a strong color gradient – this is frosted black with Iron Man inspired design.

In addition, the Redmi K20 Pro Marvel Hero Limited Edition comes in an exclusive Avengers logo box, a blue protective hood with their logo and a collectible tank.

Besides the cosmetic changes there is no changes in the internal specification of the Redmi K20 Pro. It has a 6.39-inch AMOLED screen with Full HD + resolution, 20MP pop-up front camera and a rear triple camera with the main 48MP sensor, the secondary 13MP and the last 8MP.

It also has Snapdragon 855 processor, Android 9 Pie operating system and 4000 mAh battery with support for fast loading of 27W. This version comes only in the 8GB configuration of RAM and 256GB of internal storage.

So far, Redmi has not informed the price of its exclusive version of the Redmi K20 Pro. At this point it will only be launched in the Chinese market in the first place and may later be available in other regions. This smartphone is set to debut in the Indian market on July 17.