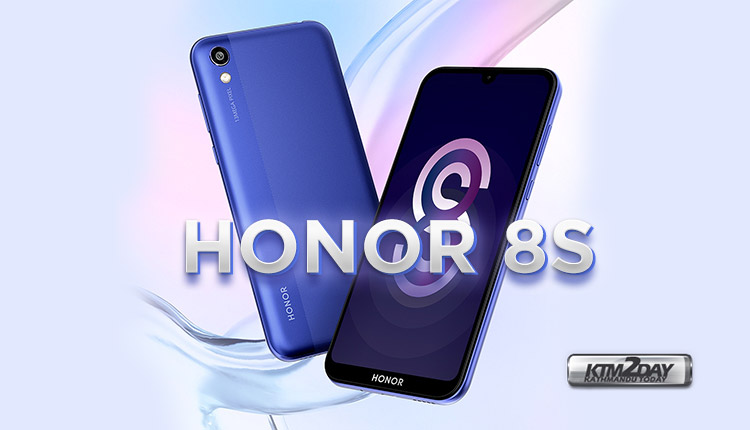 Honor has added a new member to its 8 series with the birth of a new device the Honor 8S in this family.

This is the most affordable and simple device in the line of the brand, despite the fact that by name it is supposedly a step above the model Honor 8A.

Honor 8S is launched in the Russian market in the initial phase and will be soon debut in other international markets soon. This ultra-budget smartphone bears a price tag of 8500 Russian Rubles.

One should not expect miracles from such a low priced and low specced device as it already offers a fresh design with ongoing drop notch on display and quite a thin bezels across the screen.Moreover, the rear panel has a rather original design, which certainly is not often expected from smartphones in this price category. 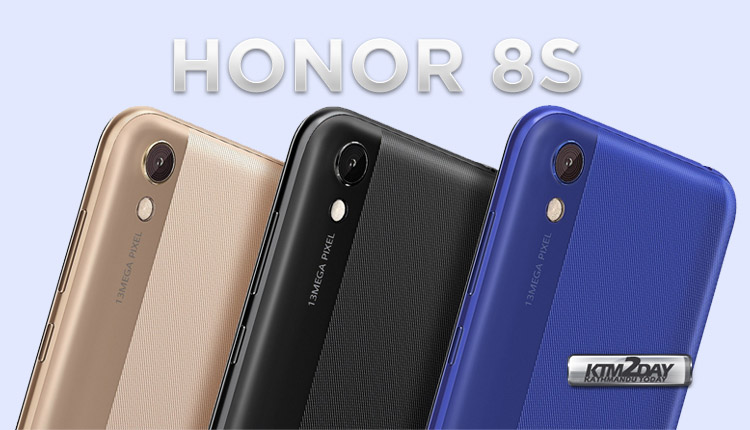 In the era of dual and triple cameras, Honor 8S comes with a single 13-MP rear camera with f/1.8 aperture and a 5-MP selfie shooter with f/2.2 aperture.

The Honor 8S has now been officially launched in nepali market at a price tag of nepali Rs 12,500. 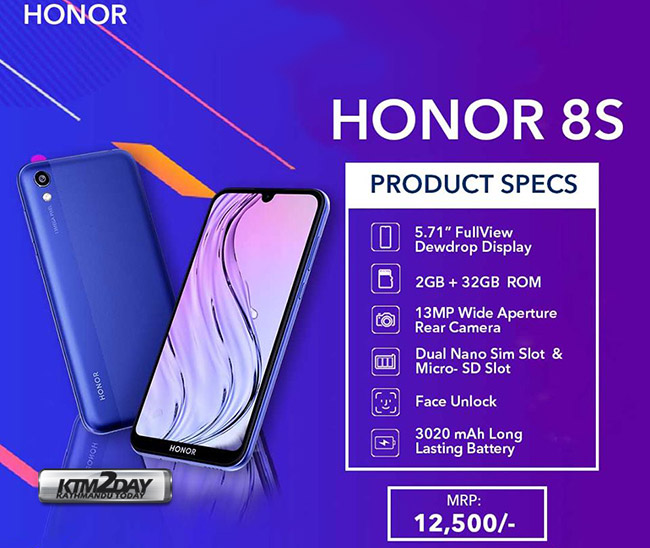