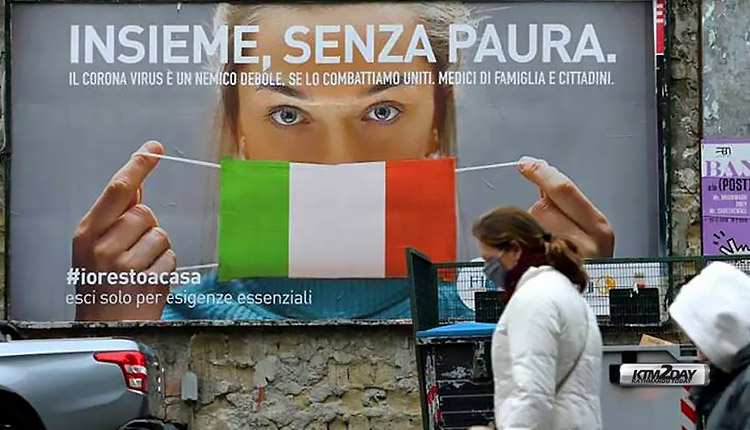 More than 680 people have died from coronavirus in Italy in the last 24 hours, the Civil Protection Agency said on Wednesday, as concerns grew that the disease was spreading more towards the south of the country.

The death toll increased by 683 on Wednesday. That was lower than a spike of 743 on Tuesday but more than the totals of the previous two days and the third highest daily tally since the outbreak emerged in northern regions on Feb. 21.

Italy has seen more fatalities than any other country, with latest figures showing that 7,503 people have died from the infection in barely a month.

The northern region of Lombardy, by far the hardest-hit, showed a steep decline in the number of deaths and new infections on Wednesday, raising hopes that the epidemic may be slowing at its original epicentre.

However, optimism was tempered by warnings from the south, where contagion and deaths are far less widespread but are rising steadily, and could overwhelm a health service which is much less well equipped than in the rich north. 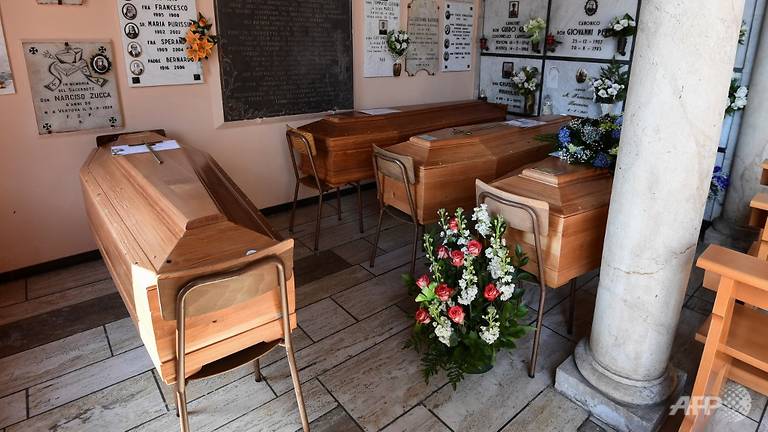 “At this point there is the real prospect that Lombardy’s tragedy is about to become the south’s tragedy,” Vincenzo De Luca, president of the Campania region around Naples, wrote in an open letter to Prime Minister Giuseppe Conte.

“We are on the eve of a major expansion of infections which may not be sustainable,” he said, complaining that the central government had failed to provide Campania with promised ventilators and other life-saving equipment.

So far there have been 74 deaths in Campania, the worst affected southern region. The central region of Lazio, around the capital Rome, has registered 95 fatalities.

The total number of confirmed cases in Italy rose to 74,386 from a previous 69,176, the Civil Protection Agency said.

The rise of 7.5% was the lowest since the outbreak began, but only severely ill people are being tested and the head of the agency, Angelo Borrelli, said this week that the true number of infections was probably 10 times those officially recorded.

Borrelli was not present at the customary news conference to illustrate the latest figures because he came down with a fever on Wednesday and was himself being tested for coronavirus.

With Italy in lockdown for the last two weeks and its economy on its knees, Conte on Wednesday promised a second stimulus package in April worth at least as much as the 25 billion euro ($27.17 billion) one he adopted in March.

With his approval ratings at record highs, the prime minister appealed to the opposition to get behind the government’s efforts and halt its attacks on his handling of the crisis until it is over.