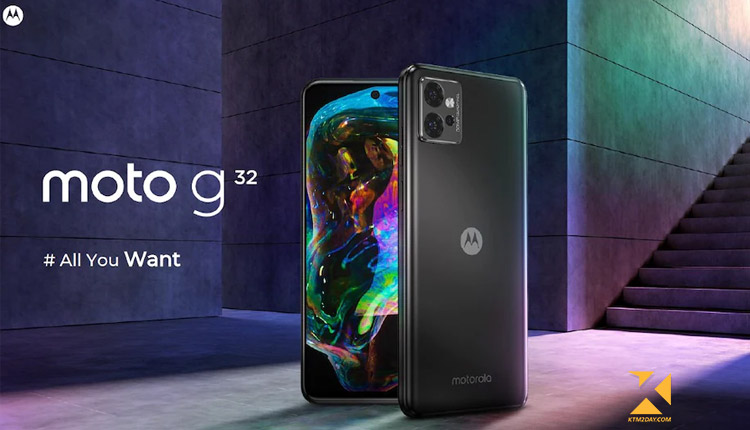 On Tuesday, the Moto G32 was unveiled in India as the company’s newest G-series smartphone.

ThinkShield, a security solution for mobile devices, and an IP52 rating for dust and water resistance are also included in the Moto G32’s features. Dolby Atmos stereo speakers are also included with the smartphone.

Specifications of the Moto G32

The internal storage of the Moto G32 can be increased by a microSD card from 64GB to 1TB. Dual-band Wi-Fi, 4G LTE, Bluetooth v5.2, 3.5mm headphone jack, and USB Type-C are all included in the phone’s connectivity options. For example, there is a fingerprint reader on the phone as well as proximity sensors and accelerometers.

Face unlock and a side-mounted fingerprint sensor are included in the phone. ThinkShield mobile security and an IP52 dust and water resistance rating are included. The device has dimensions of 161.78×73.84×8.49mm and a mass of 184g.

Price and availability of the Moto G32 in India