Oppo F15 with 48-megapixel camera and VOOC 3.0 launched in Nepal 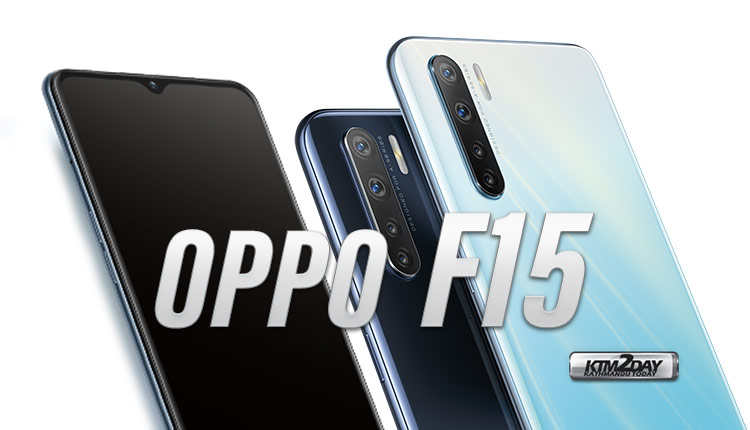 Oppo has launched it’s new smartphone to its mid-range “F” smartphone line. The F15 is part of Oppo’s F series of smartphones that focuses primarily on the front camera performance as well as design. This year’s model is a successor to the quite popular F11 from last year and so far, there’s no Pro version coming out yet.

Oppo F15 has been launched in only single variant with 8 GB of RAM and 128GB storage as standard, so there is no Pro variant here. The smartphone features  a quad rear camera setup and sports an AMOLED display with a waterdrop-style notch design. Oppo has also provided features such as an artificial intelligence (AI) backed video beautification to attract youngsters in the country. 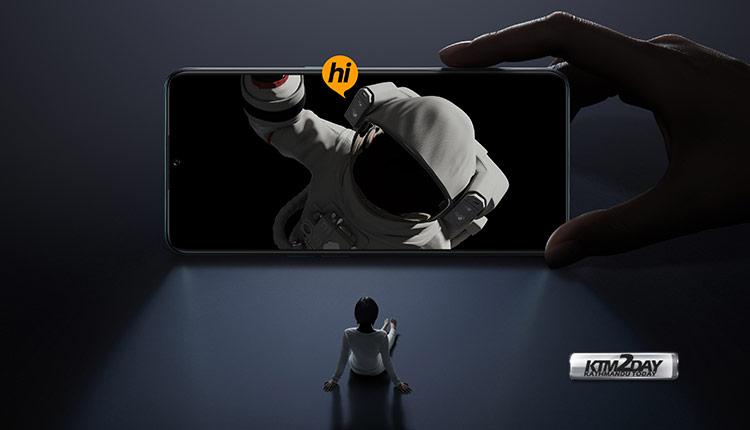 The F15 is the first F series phone to ditch the micro USB port in favour of a USB-C port. It also gets rid of the LCD display and goes all up for a 6.4-inch AMOLED display with an in-display fingerprint sensor. 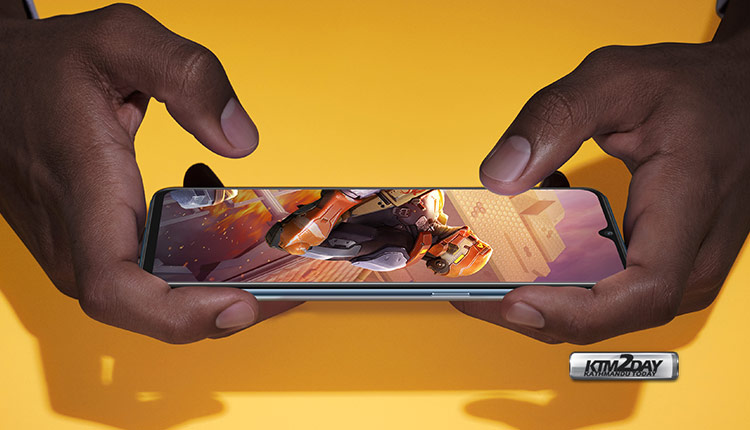 Despite some modern upgrades, the Oppo F15 still uses the older MediaTek Helio P70 chipset. This is chipset is quite underpowered on paper when compared to the chipsets that phones at this price range offer. The Realme X2 has a more powerful Snapdragon 730G chip while the Xiaomi Redmi Note 8 Pro offers an even more capable MediaTek Helio G90T chipset. 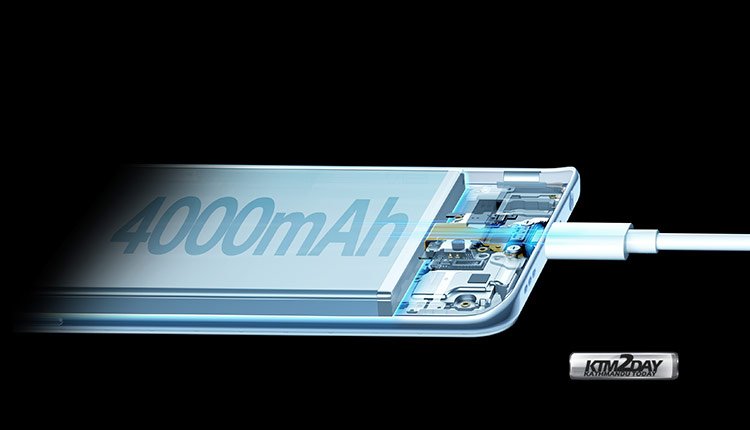 The Oppo F15 features a 6.4-inch full-HD+ (1080×2400 pixels) AMOLED display with 20:9 aspect ratio. The smartphone comes with a Corning Gorilla Glass 5 protection and includes the In-Display Fingerprint 3.0 that is touted to unlock the screen in 0.32 seconds — 20 percent faster than the previous generation. 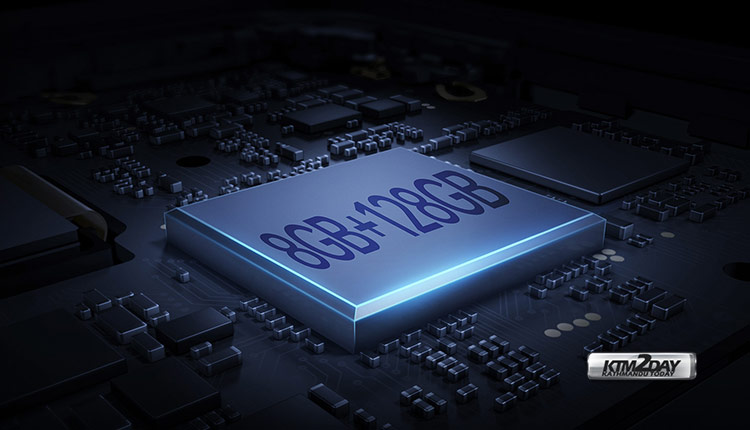 Under the hood, there is an octa-core MediaTek Helio P70 (MT6771V) SoC, paired with Mali G72 MP3 GPU and 8GB of LPDDR4x RAM. The smartphone comes with the quad rear camera setup that includes a 48-megapixel primary sensor with an f/1.79 lens, along with an 8-megapixel secondary sensor with an f/2.25 ultra-wide-angle lens that has a field-of-view (FoV) of 119 degrees. There are also two 2-megapixel sensors for capturing portrait and monochrome shots, with f/2.4 lenses. 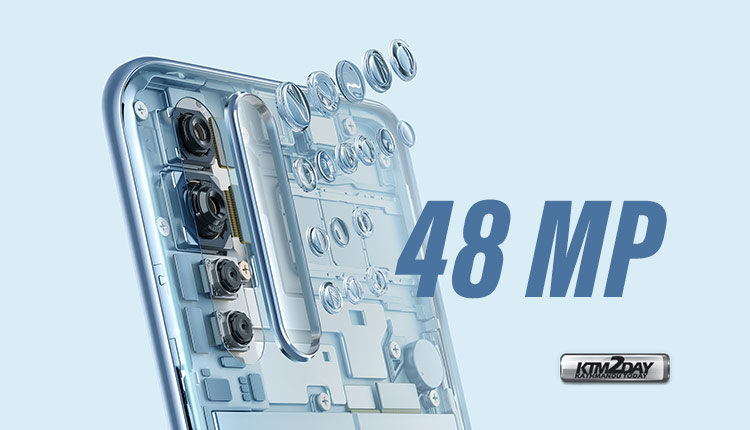 For selfies, the Oppo F15 has a 16-megapixel selfie camera sensor at the front along with an f/2.0 lens. There are also preloaded camera features such as AI Video Beautification and Gender and Age Detection. Further, the phone has a Night Portrait Mode and a Bokeh Mode to utilise the two 2-megapixel image sensors at the back.

In terms of storage, Oppo has provided 128GB of UFS 2.1 onboard storage on the F15 that is expandable via microSD card (up to 256GB). Connectivity options include 4G VoLTE, Wi-Fi 802.11ac, Bluetooth v4.2, GPS/ A-GPS, USB Type-C, and a 3.5mm headphone jack. Sensors on board include an accelerometer, ambient light, gyroscope, magnetometer, pedometer, and a proximity sensor. 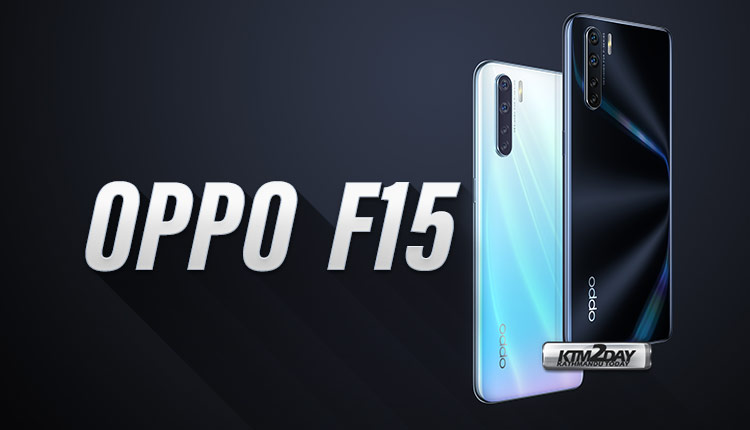 Oppo F15 has been launched today in Nepali market, the event was hosted online via the brand’s Facebook page. The device will be available in stores next week from March 23.

The device has been launched at a price tag of Rs 39,990 for the single 8GB RAM + 128GB storage variant. The smartphone is available in Lightening Black and Unicorn White color options.