Realme continues to bet on its C line of smartphones. The youngest brand launched Realme C11 this month, and now has announced in social networks that it will launch a new member of this line on July 28th.

Realme has also revealed some key details of the upcoming Realme C15 smartphone. The brand has confirmed that the phone will be loaded with a 6000mAh battery. It will also support 18W fast charging technology as well.

The brand shared an image promoting the device on its official Indonesian Facebook account. As per the teasers, the Realme C15 will be available in two colours including Seagull Grey and Marine Blue. The back panel comes with a quad-camera setup, while the front is loaded with a mini-drop display. There is a fingerprint sensor as well located at the back panel. That said, there is no information about the specs and other details of Realme C15, so stay tuned with us for more details. 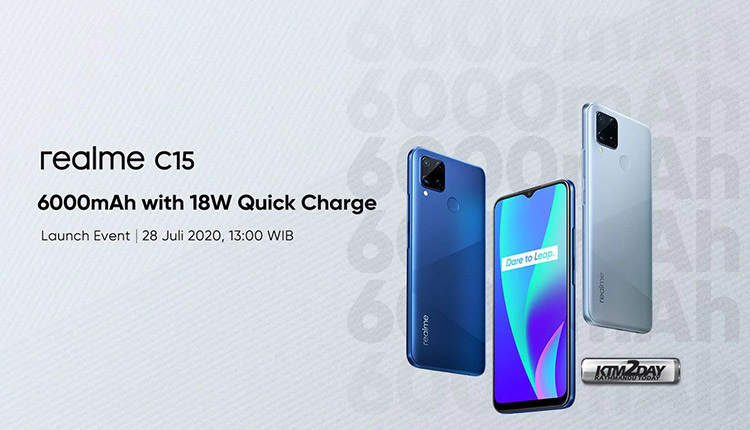 At the front, you can count on reduced side bezels. At the bottom you will have a small chin, and the front camera will be housed in the center of the screen in a drop-shaped notch.

This is a design similar to the already launched Realme C11. Behind it we will also have the fingerprint sensor, and a square camera module, with four sensors.

Like the Realme C11, it is expected to have a Mediatek processor, according to rumors. But here we will have more RAM (4GB), more camera sensors, fingerprint sensor and superior battery.