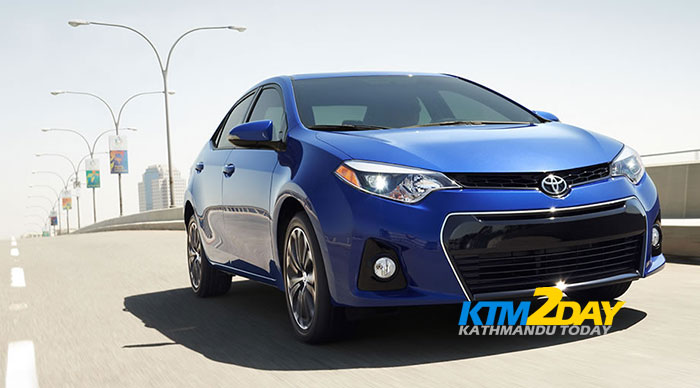 United Traders Syndicate, sole distributor for Toyota vehicles in Nepal, has unveiled the 11th Generation Toyota Corolla in Nepali market. According to the company, Toyota Corolla is world’s most popular car with a quality, functionality and excellence, thus the car makes feel riders sophisticated and prestigious.

“The new Corolla features all-new exterior and interior design for a more sophisticated and a prestigious image along with a superior cabin environment,” said the company in its press statement.

The new Dual VVT-i system in the car adjusts timing on both intake and exhaust camshafts, the company claims.