There has been a steady rise in the use of electric automobiles, bikes, and scooters in recent years.

Newly popular are electric scooters and bikes, which are less expensive than fuel-powered vehicles. Bikes and scooters of a wide variety of brands have begun making their way into Nepali market as there’s keen public interest in alternatives with the rise in fuel prices.

About two dozen electric scooter and bike companies have emerged in Nepali market recently and more are set to sprout soon nationwide.

Currently, bikes and scooters with a range of 60 to 140 kilometers on a single charge are available in Nepali market. These electric scooters use anywhere from 2 to 4 kilowatt-hours of power. Charging it to full capacity costs between Rs 20 to Rs 40. When fully charged, the two-wheeler can provide a mileage of up to 70 -140 kilometers.

In this page, we’ll try to compile a list of all the electric bike and scooter models from various manufacturers, as well as their specifications and characteristics.

This scooter brand has been selling its scooters in Nepal since the year 2017. This scooter can be considered as an option for those looking for a long distance electric scooter.

The company has also added the feature of double battery in this scooter. As a result, it can cover almost twice the distance of other electric scooters.

It takes 6 to 7 hours to charge. The battery comes with a two-year warranty from the manufacturer. Its Nepalese market price ranges from Rs 145,000 to Rs 445,000.

Doohan e-scooters are sold by Kaliber Auto in Nepal. It is one of the few companies in Nepal that has an electric three-wheeler. There are now four electric vehicles available from Doohan, two of which are three-wheeled scooters. However, the three-wheelers provided by Doohan are not just restricted to the elderly or individuals with disabilities; they may be ridden by anyone on a regular basis.

Doohan’s scooters have a range of 70 to 100 kilometers and a top speed of 70 kilometers per hour, depending on the scooter’s battery.

Hero has made a comeback in Nepal with the debut of three different electric two-wheeler models in the domestic market. 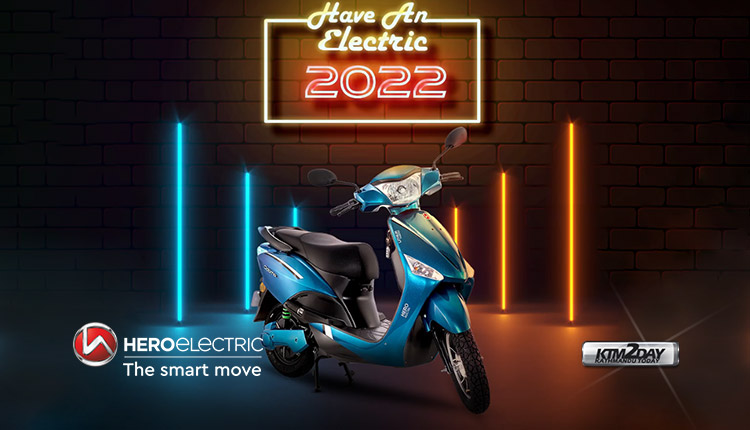 Only four of Hero’s electric two-wheelers have made it to Nepal from India. The maximum speed of Hero scooters is 45kmph. The advantage of the scooter’s low speed is that it has a range of 82-165 kilometers. The scooter’s charging time is between four and five hours.

Hero electrics has three models to choose from:

The Pure EV electric two-wheelers are affordable. Only two variants are now available, both of which have the same characteristics but differ only in design. Electric scooters from Pure EV have a long range of up to 116 kilometers and a top speed of 60 kilometers per hour.

The following are now available:

Recently, Segway electric scooter have been launched in Nepali market. A Segway go-cart and two electric scooters have just been introduced in Nepal by I Hub Pvt Ltd, the company authorized to distribute Segway scooters in the country.

These scooters have a range of 60 to 100 kilometers on a single charge, and charging time ranges from five to eight hours. As far as top speed is concerned, the scooters can reach 58kmph on the highway.

Komaki’s electric scooters are a force to be reckoned with. In order to acquire a full charge, they need anywhere from four to five hours to fully recharge. The top speed of the scooters is 85 kmph. The various useful features of the scooters are also matched by the scooters’ power performance. Reverse assist, re-gen braking, cruise control, and a mobile charging port are just a few of the available features on the scooters.

Komaki has two models of scooters:

The electric scooters and bikes offered by SuperSoco are some of the best in Nepal. One of the best-looking scooters now available is the CPx. It also has a sturdy construction, an eye-catching design, and a slew of handy features for its passengers. Depending on the model, it has a range of 56 to 137 kilometers. Electric two-wheelers with a top speed of 95kmph are also available from SuperSoco, a rarity in the industry.

The following are the SuperSoco models currently available in Nepal: Lvneng’s most electric scooters offer longer range but a standard top speed of 45 kmph. Maximum speed of 90 kmph is only possible on its high-end scooter LX06 max. It can take anything from four to six hours to fully charge the vehicle.

The scooters offered by this brand can offer a range of up to 70 kilometers once fully charged. It takes 3 to 4 hours to fully charge the battery of this brand scooter or bike. The company has given a 2-year warranty on the battery. In the Nepali market price of this brand of scooter ranges from 185,000 to 300,000.

Yoma Ma E Motors is the authorized dealer of Tail G and Genius brands of electric two-wheels in Nepali market. TailG brand scooters or bikes are loaded with good features for Nepali market, and a brand preferred by most Nepalis. It is built by a Chinese company. Scooters or bikes of this brand are capable of covering a distance of 130 kilometers on a full charge. It takes about 5 to 6 hours to charge the battery. The company has given a 2-year warranty on the battery. Its price in the Nepali market ranges from Rs 185,000 to Rs 210,000.

TailG currently has three models on offer for the nepali market.

Newcomers to the Nepali market include Luyuan electric two-wheelers. Zero Emission Ride has been assigned as the chinese e-scooter brand’s official distributor in Nepal. 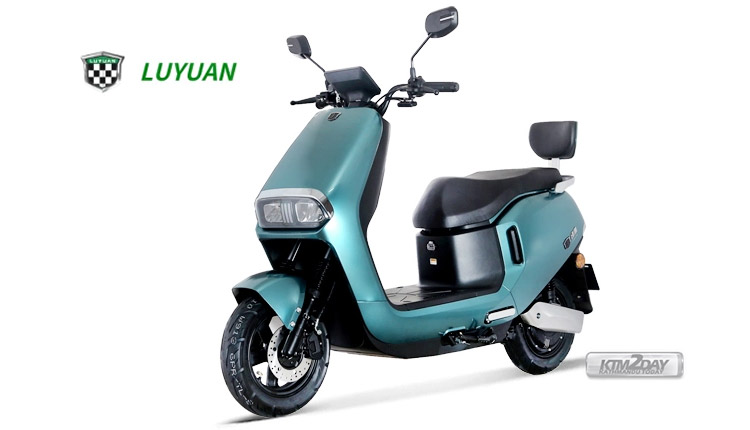 In terms of design, Luyuan Nepal currently offers three model in the electric scooter category. Depending on the model, the scooters can travel up to 80 kilometers on a single charge and take anywhere from three to eight hours to fully recharge. Likewise, the scooters can go up to 60 kmph. As an added bonus, they have anti-puncture tires and an anti-theft alarm system.

The three Luyuan Nepal models are as follows:

Terra Motors is No.1 electric vehicle company from Japan. Its headquarter is in Tokyo,. It started its business from 2010 and Fair Auto is the sole distributor of Terra EV for Nepal Market. 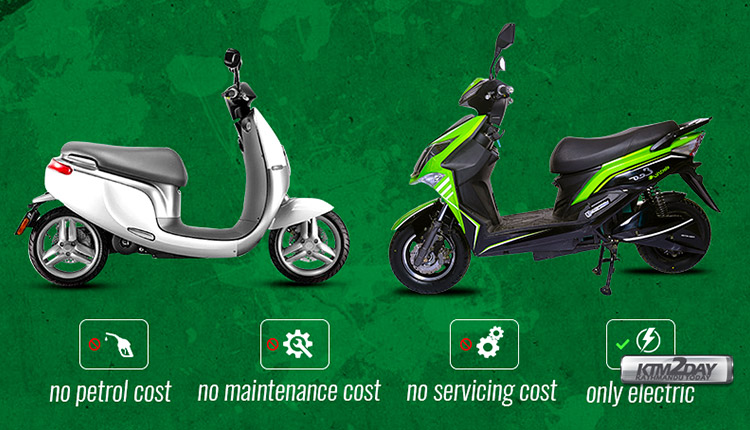 Terra Motors has only one model available in Nepal at the moment. In terms of range, Terra Motors’ Eco scooter can travel 80 kilometers on a single charge, although it takes about 7-8 hours to fully charge. When pushed to its limits, this vehicle is capable of 60 kmph. The scooter’s specs may not be all that appealing compared to other models, but given its price point, this is acceptable. A 3-speed mode, hill assist, and a reverse gear are also included in the scooter’s options.

Project Zero and Project One are the latest offerings from Yatri Motorcycles, which are both designed and built in Nepal.

It is the goal of both e-Bikes to revolutionize urban transportation by combining style, performance, and high-end amenities.

Yatri P1 is the most cheap Yatri e-Bike in Nepal when compared to its other models. However, the Yatri P0 is Nepal’s priciest electric bike.

Accordingly, here is a look at the Yatri motorcycles price in Nepal. 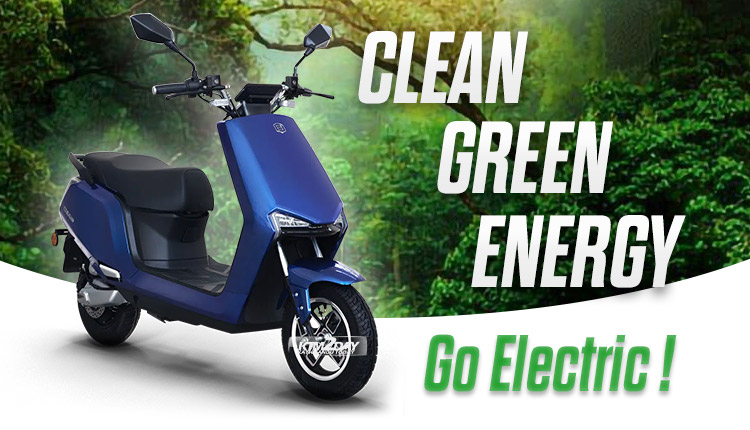