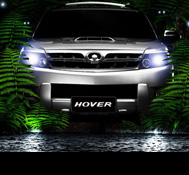 Lately, the company has been selling Chinese vehicles of brands such as 2.5TCI Hover jeep, 2.8TC and TCI Wingle Pick up and 1.5WT Florid Hatchback cars in the Nepali market.

Speaking at the function, Gurung said that almost 40 units of Great Wall Motor´s pick up imported by the company have been already sold as they are in high demand. The pick up models by Great Wall Motors represented by Wingle are loaded with high, medium and low specifications.

The demand for Hover Jeeps, another vehicle type is also in high demand. The company has so been successful in selling 19 units of these jeeps.

Hatchback Cars, recently introduced by Himchuli Auto are loaded with better options and the company looks forward to even better market for these vehicles in Nepal, added Gurung.