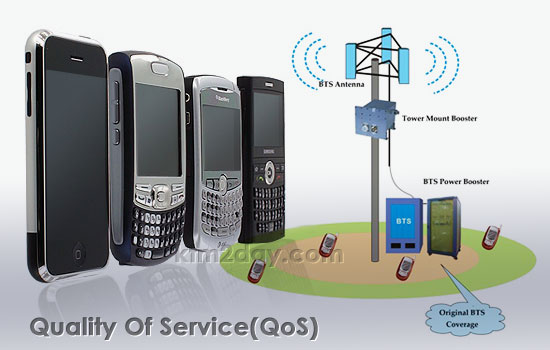 KATHMANDU: Unplanned service expansion, short-term profit taking mentality, regular power outage, bureaucratic hassels and nepotism is hurting the quality of service of telecom operators, though almost half of the population is using the telecom services.

According to Nepal Telecom Authority (NTA), 40 per cent of the population uses telecom service. “But the operators are more inclined to service expansion than in quality enhancement,” said Ananda Raj Khanal, director at the authority.

“In the short term, the operators are at advantage when they have low Quality of Service,” he said, “as their profit is not affected due to low quality of service that forces a subscriber to make multiple calls.”

“Multiple calls also multiply the income of the telecom service providers,” he added. “The low service quality could be a strategic silence on the part of the operators.”

Similarly, the bureaucratic hassels has also hit the operator like Nepal Telecom (NT).

“Legally, NT is not allowed to purchase any equipments and services on the basis of quality. But they are forced to purchase goods and services from ‘technically-qualified’ providers, when they quote the least amount resulting in the bad service of the quality,” Khanal said.

The improper placing of BTSs is another reason for the low quality of service. Mobile service is highly dependent on Radio Network Optimisation (RNO) that is a tool, where the engineers ensure that radio signal with appropriate strength and quality is uniformly available throughout the network area.

Another reason of low service quality, according to him, is frequent increase in traffic volume.

However, the service providers claim that their service quality is satisfactory.

“We have maintained all the parameters set out by the authority,” said Surendra Prasad Thike, spokesperson of Nepal Telecom (NT).

The call drop ratio of NT is one per cent, whereas the standard set by NTA is up to three per cent, Thike said, adding that the NT has a strong power back up system as it has installed solar panel for all of BTSs. “We have battery backup for approximately eight to 10 hours.”

Similarly, another telecom service provider Ncell also claimed that its service quality meets all the parameter set out by the regulatory body. “There is no problem in connection from Ncell to Ncell mobile,” corporate communication manager of Ncell Sanju Koirala claimed, adding that consumers are facing problems in interconnection with other telecom service providers’ service.

However Khanal said that consumer should also be aware to uphold the service quality. “Apart from the regulatory authority that has to monitor the quality of service and set standards and benchmark, it has take appropriate and necessary action against service providers if they do not meet the standard,” he said, blaming the service providers of taking advantage of fragile condition of rule of law.(Source:THT)