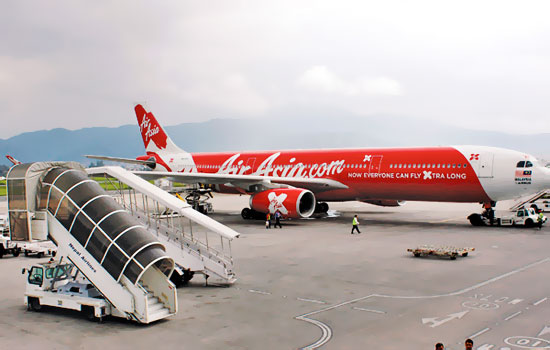 AirAsia X conducted its maiden flight from Kuala Lumpur to Kathmandu with an Airbus A330-300 on Tuesday. The Malaysia-based long-haul, low-cost carrier said it would be operating twice weekly flights between the two cities.

Hari Man Lama, executive chairman of Incentive, said that the carrier had been approved to operate daily flights by the Civil Aviation Authority of Nepal (CAAN), and that it would utilize this right in the near future.

The entry of AirAsia X will end the monopoly of Nepal Airlines on the Kathmandu-Kula Lumpur sector. The national flag carrier, which now operates six flights weekly, has planned additional flights.

Tri Ratna Manandhar, director general of CAAN, said that Malaysia was one of the sectors with potential, and that the entry of AirAsia X would benefit Nepali migrant workers in terms of cost and connectivity.

Malaysia is one of the major destinations for Nepali migrant workers. An estimated 450,000 Nepalis are working in the Southeast Asian country.