Huawei Y9 Plus and Y9 2019 specs and features revealed Chinese smartphone manufacturer Huawei seems to remain committed to the constant launch of new Android smartphones in order to maintain its strong position in the global market.

Now, just six months after presenting Huawei Y9 (2018), it looks as if it is preparing to introduce its successor.

Although it has not been confirmed its name, it is believed that in the latest TENAA certification, the JKM-AL00 model is really referring to the new Y9 2019. Recently there have also appeared images of the design of this smartphone, but now we have access to a complete list of specifications.

Considering the information provided by the TENAA certification, we can know practically everything this smartphone will have to offer. Thus, you will be able to count on a Full HD + screen of 6.5 “inches with minimal frames at all its ends, but with the presence of a notch . 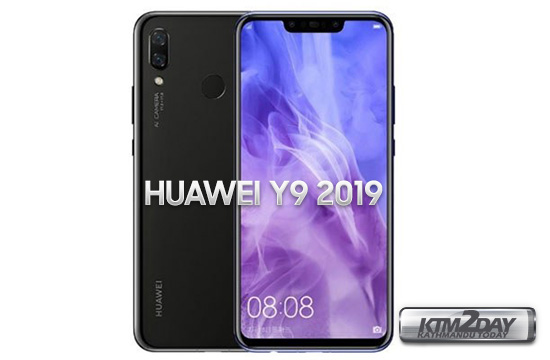 Although it has not been specified which processor will be present in the smartphone, it is believed that running at 2.2GHz, be the HiSilicon Kirin 710 as in Honor 8X. Regarding your memories, you will have a choice between 4GB / 6GB RAM and 64GB / 128GB internal memory.

In the camera department the Huawei Y9 offers a dual rear camera, consisting of a main sensor of 20 megapixels and a secondary of 2 megapixels. In front of the smartphone only a 16 megapixel front camera was specified. However, certification refers to a total of 4 cameras. Therefore, if there is a second front camera, the most likely is that it also has 2 megapixels.

Powered by a 3900 mAh battery, thanks to the AI (artificial intelligence) capabilities of the manufacturer’s processors, the Huawei Y9 should be able to offer fantastic battery life. The smartphone will run on Android 8.1 Oreo with the EMUI interface.

The Y9 (2019) was certified by TENAA a few days ago. It would only be a matter of time until the new Huawei Y9 Plus turns out to emerge in information leaks.

It is thus confirmed that the Chinese manufacturer is even making the latest preparations to launch the successors of its mid-range Android smartphones, introduced just six months ago.

The specifications of the new Huawei Y9 Plus have now been revealed, accompanied by images that reveal its design. With regard to its design, this new Android smartphone presents itself with an extremely interesting look, especially when compared to its predecessor.

The metal body has been replaced by an attractive rear glass panel with curved ends, which should offer improved ergonomics. In addition, on the front panel we have a FullView screen and the presence of a notch of quite acceptable dimensions.

In terms of its specifications, the Huawei Y9 Plus should feature a 6.5 “inch screen with Full HD + resolution. As you would expect, the control of the center of operations will be the HiSilicon Kirin 710 processor, which has proven to be extremely capable and “battery friendly”.

Powered by a generous 4000 mAh battery, the Huawei Y9 Plus will get to run EMUI 8.2, which is based on Android 8.1 Oreo. However, it is certain that you will eventually receive the update for the new Android Pie.

The new images also confirm the colors of this new smartphone. That being said, the Huawei Y9 Plus will be available in at least 4 colors. They are black , turquoise , pink and a gradient color identical to the P20 Pro.

At the moment, there is no information on the pricing of the Y9 Plus.