Nokia 3.1 Plus launched with bigger screen and battery 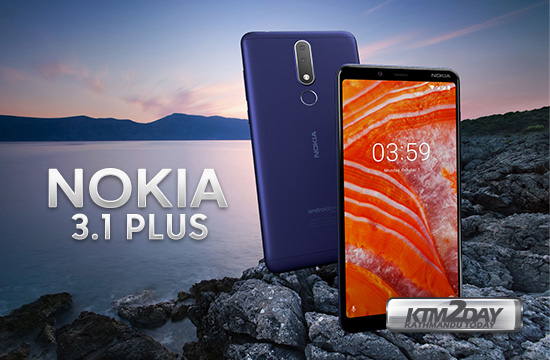 As its name implies Plus, this is an update of the model already released this year, with a larger screen, which got bigger from an existing 5.2 inches to 6 inches. Although the resolution remains HD + (1,480 x 720) the ratio has changed to 18: 9.

The processor is the MediaTek Helio P22 with 2 GB or 3 GB RAM and internal storage of 16 GB and 32 GB respectively. The battery has a capacity of 3,500 mAh with a battery life of two days, according to the manufacturer. The selfie camera has  a 8 MP shooter while the main cameras at the rear are 13 MP and 5 MP with a biometric sensor just beneath.

The device comes with microUSB input for recharging and input for 3.4 mm handset and comes in blue, white and gray. The operating system is Android One based on Oreo 8.1. It should begin selling in India later this month, with prices of INR 11,499 (NRs.18,400 in direct conversion) for a 3GB RAM and 32GB storage variant. The pricing for the cheaper variant – 2GB RAM and 16GB storage is yet to be revealed.