LG launched it’s flagship model, the V40 ThinQ in October last year and has now the company has launched it’s  V-series handset in the Indian market.

The key highlight of the smartphone is that it bears a total of five cameras – two in the front and three at the rear. The V40 is also LG’s first smartphone to come up with the notched display design.

LG has also packed its proprietary Boombox speaker along with a 32-bit Hi-Fi Quad-DAC audio and DTS:X 3D surround sound experience in the V40.

The dual-SIM LG V40 ThinQ runs Android 8.1 Oreo and is upgradable to Android 9 Pie. It features a 6.4-inch QHD+ (1440×3120 pixels) OLED FullVision display panel with a 19.5:9 aspect ratio and a Corning Gorilla Glass 5 protection. Under the hood, there is an octa-core Qualcomm Snapdragon 845 SoC, paired with 6GB of LPDDR4X RAM and 128GB of UFS2.1 onboard storage that is expandable via microSD card (up to 2TB). 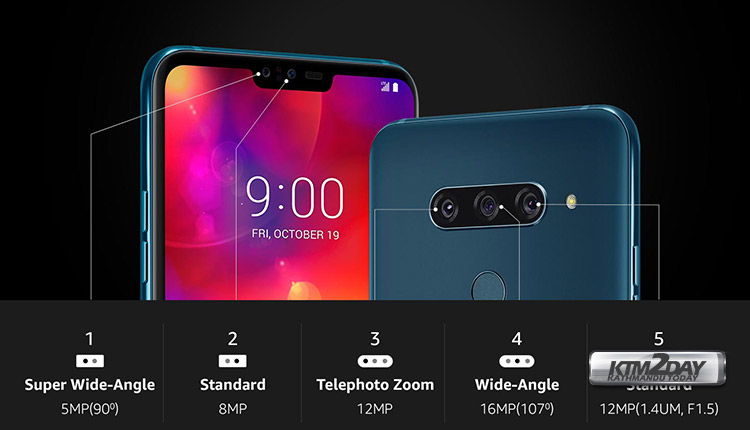 LG has provided a triple camera setup on the V40 ThinQ. The camera setup includes a primary 12-megapixel sensor along with 1.4-micron pixel size, f/1.5 aperture, and 78-degree viewing angle. 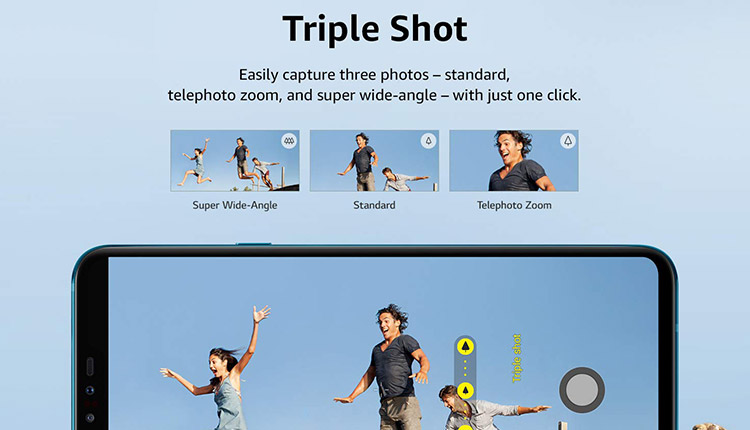 There is a preloaded Triple Preview feature that is designed to let you capture three simultaneous shots from the triple rear camera setup and pick the best among them. The smartphone also has 12-megapixel sensor sports a telephoto lens with f/2.4 aperture, 1-micron pixel size, and 45-degree viewing angle. 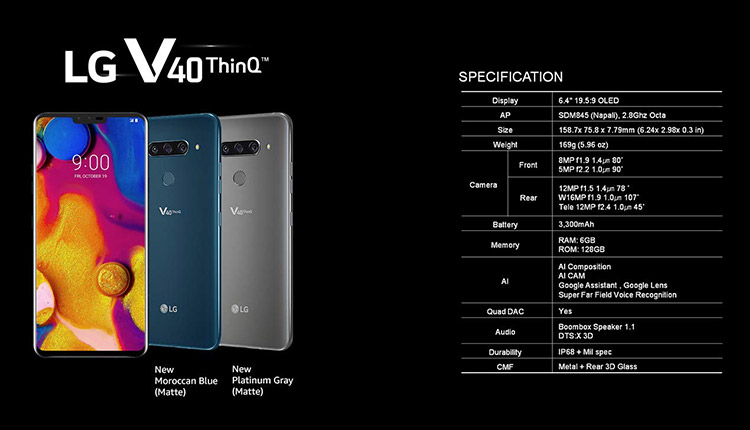