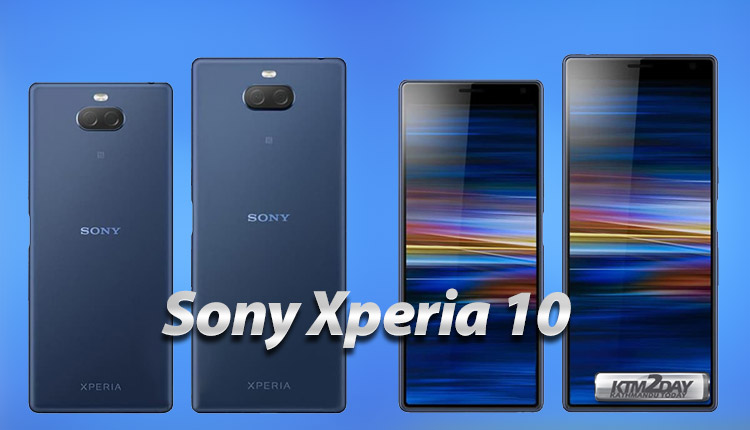 Over the past few weeks we’ve heard a quite a lot about Sony’s new smartphones, starting with the top-of-the-line Xperia XZ4. Now we have new information about Sony’s new mid-range smartphone Xperia XA3, which we have learned that Sony is going to refresh the name of this lineup to Xperia 10 and Xperia 10 Plus.

In addition to the above details we also know now all the details about it’s hardware specifications.

The Xperia 10 and Xperia 10 Plus being a mid-range smartphones will not come with best in hardware specs. However, it presents itself as robust smartphones.

The Sony Xperia 10 will arrive with a 6 “inch CinemaWide screen with Full HD + resolution and 21: 9 aspect ratio. The smartphone will come equipped by a Qualcomm Snapdragon 630 processor, supported by the Adreno 508 graphics processor.

Regarding the memory, you will be able to count on 3GB of RAM and 32GB of internal memory. The storage space can be expanded further via microSD card.

In the photographic segment, the Xperia 10 will arrive with a dual rear camera composed by a main sensor of 13MP and a secondary of 5MP. Dedicated to selfies, is an 8 megapixel front camera.

Powered by a 2870mAh battery with support for  Quick Charge 3.0 and  Qnovo Adaptive Charging , it will come to run the Android Pie.

The larger variant will have slightly different specifications, certainly with the aim of conquering other types of users. The Sony Xperia 10 Plus will come with a 6.5 inch CinemaWide screen with Full HD+ resolution and 21: 9 aspect ratio.

Similarly, it will come equipped with a Snapdragon 660 processor, supported by the Adreno 512 graphics processor. In terms of memory, you can count on 4GB of RAM and 64GB of internal memory (expandable via microSD card).

In the photographic segment, it will provide a dual rear camera (12MP + 8MP) and a  5 megapixel selfie camera.

As far as the capacity of it’s battery is concerned, we only know that it will also support  Quick Charge 3.0 and Adaptive Charging. Just like the Xperia 10, it will also come with Android Pie.

According to the latest rumors, the Sony Xperia 10 is expected to arrive with a price of $395. While the Xperia 10 Plus should reach the stores for $485. It is important to note that this information does not come from official sources , and therefore should be considered with a good ‘pinch of salt’.