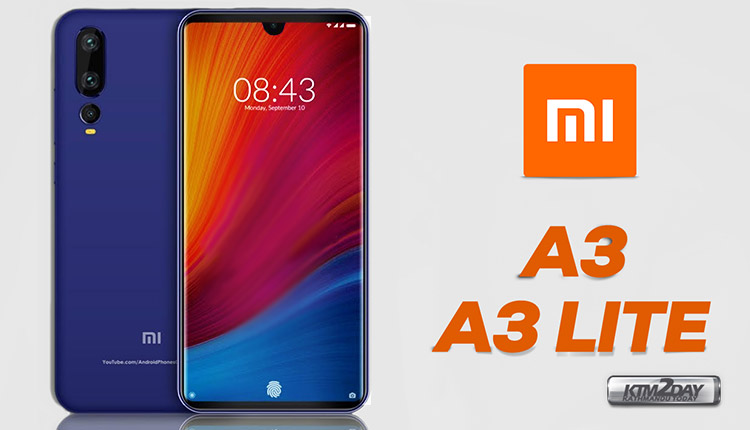 If there is manufacturer that is betting strong in the market then it’s definitely Xiaomi,  and 2019 will be another  very busy year for this manufacturer. Since Xioami has announced a new sub-brand Redmi, which focuses on entry-level equipment, joined by another sub-brand, Pocophone, which focuses on flagship killer handset at a lower price – so it will have no time for a break.

And there is already new information about a new smartphone that has two very interesting features. The device has Android One and, for the first time in the range of Xiaomi we will see NFC adoption.

In July 2018 we got to know about the Xiaomi Mi A2 as well as the Mi A2 Lite, two successful bets by the Chinese manufacturer. However, Xiaomi will present the succesor  Xiaomi Mi A3, also with Android One.

First of all, Android One is a near-stock version of the Android operating system released by Google. Android One cannot be altered by the companies that make the phones, and only runs on certain smartphones. The Android one brand promises to have updates, security patches, bug fixes, and manufacturer support for period of between two and three years.

So what can we expect from these new Xiaomi Mi A3 and Mi A3 Lite? Will Xiaomi raise the mid-range bar again? Of course yes!

Rumors confirm the existence of the in-display fingerprint sensor on the screen of 3 smartphones that Xiaomi is testing now. Two of them are expected to be the upcoming Xiaomi Mi A3 and Mi A3 Lite.

The mid-range smartphones already justify the purchase by itself. At this time of buying a smartphone for less than $300 is more than enough for most users. If Xiaomi dares to give features like the in-display fingerprint  sensor on the screen of the upcoming Android One, the market will be caught by surprise.

Currently Xiaomi competes directly with Huwaei Y series and Samsung J Series or the Latest M Series smartphones at this price segment of $200.

The Mi A3 and Mi A3 Lite will give a serious competition to Huawei’s and Samsung smartphones as they do not have in-display fingerprint scanner at this price segment. Xiaomi will clearly stand out as a winner.

Additionally since the A3 and A3 Lite will come with Android One operating system from Google so that adds one more advantage of oweing these smartphones instead of the Y Series and J Series from Huawei and Samsung respectively.

Finally, the pricing of these devices should be in par with last year’s pricing of A2 and A2 Lite smartphones. To know more stay tuned for our updates while these smartphones make their way to Nepali stores in the next 4-6  months.

Xiaomi Mi A3 to come with Snapdragon 730 and triple camera