The Huawei P30 and P30 Pro are set to be released on March 26. However the news about its hardware specification has again been fully revealed ahead of official unveiling.

According to the leaked information, we have here two smartphones with telltale sign that confirms it is P30 duo specs. The inclusion of Android 9 with EMUI 9.1 on top and Kirin 980 processor are some of the most obvious ones.

The new Huawei P30 (Pro) series smartphones will once again set new standards and pave the way for the Chinese manufacturer to the top of the world market. With new upgraded cameras, larger batteries, and a host of other enhancements, they seem well-equipped, as suggested by the basic specifications we now have.

Cameras once again play the main role in the Huawei P30 and its bigger brother Huawei P30 Pro, and Huawei feels it’s getting better and better. Instead of two main cameras, there are now three in the P30, while the P30 Pro should attract attention not only by a mega-zoom, but also brings along a kind of fourth camera sensor, with depth sensor that captures even more effective and extensive data.

First we will look at the details of the P30 because it will have a serious upgrade over its predecessor P20. The P30 gets an overall upgrade in the device specs and not just few small upgrade.

The new P30 is basically the toned down version of Huawei’s two new high-end smartphones. The manufacturer also offers improved features, but eliminates some of the premium features, even if the device is still not necessarily badly equipped. The highlights of the Huawei P30 is the triple camera setup on the rear panel with extremely high resolution. 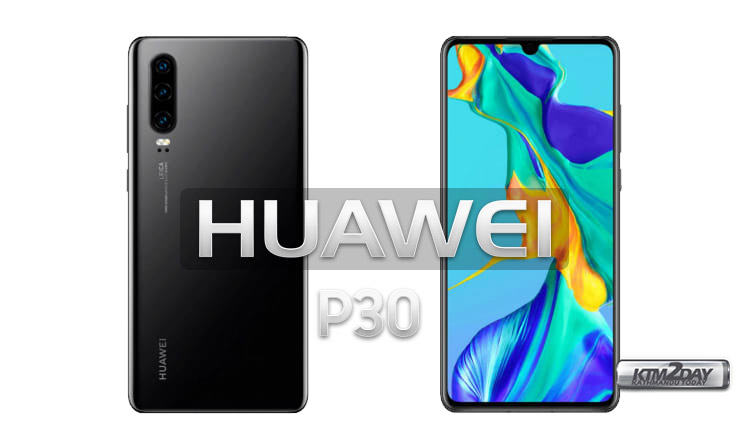 The display of the Huawei P30 uses – presumably an OLED panel and is slightly larger at 6.1 inches than its predecessor. The resolution is at 2340 x 1080 pixels at the same relatively high level, but the pixel density is slightly higher because of the smaller dimensions than the Pro model. In addition, the display comes with the curved edges and a presence of a dewdrop notch over which a normal ear piece is attached.

The front camera on Huawei P30 offers an extremely high resolution of 32 megapixels,and the rear camera is  extremely powerful again. The main sensor uses a resolution of 40 megapixels, but does without image stabilization and has a f / 1.8 slightly smaller aperture. The wide-angle sensor of the P30 is also quite better  with 16 megapixels, while additionally an 8-megapixel camera with f / 2.4 aperture is installed. Together, the cameras allow a 5 times hybrid zoom, as it was offered in last year’s Pro model.

The P30 comes powered by the Kirin 980 Octacore SoC, which achieves the same high clock rates and power levels that can be found in the Mate series and the P30 Pro. The memory of 6 GB RAM is coupled with 128 GB of internal storage which could vary according to international markets. The storage can be further expanded with the nano memory card, Huawei’s proprietary solution to micro-sd cards. In terms of connectivity, it has the same options as the Pro model.

The P30 Pro is the new flagship model, and comes with OLED display that even outshines the Mate 20 Pro in size. The size of the display has now gottern even bigger and hence grows diagonally to a new size of 6.47 inches across with curved edges. The resolution of the Huawei P30 Pro is at 2340 x 1080 pixels. The image quality should therefore be somewhat lower than the recently released Galaxy S10 Plus, which is known to use a 2K resolution.

The P30 Pro has curved edges which is a first for the P series lineup. It has a teardrop-shaped notch at the top of the display which houses a 32-megapixel selfie shooter. According to a report by WinFuture the P30 Pro is missing a traditional earpiece, and instead uses the display as the loudspeaker.

The P30 Pro comes with a quad-camera setup at the rear panel with three cameras are positioned in a camera module comprising of a 40-megapixel primary main sensor with OIS and an f/1.6 aperture.It also has a 20-megapixel sensor with an f/2.2 aperture and a wide-angle lens. The third 8-megapixel sensor has a periscope style zoom system which lets the P30 Pro manage up to 10X Hybrid zoom as used by OPPO . 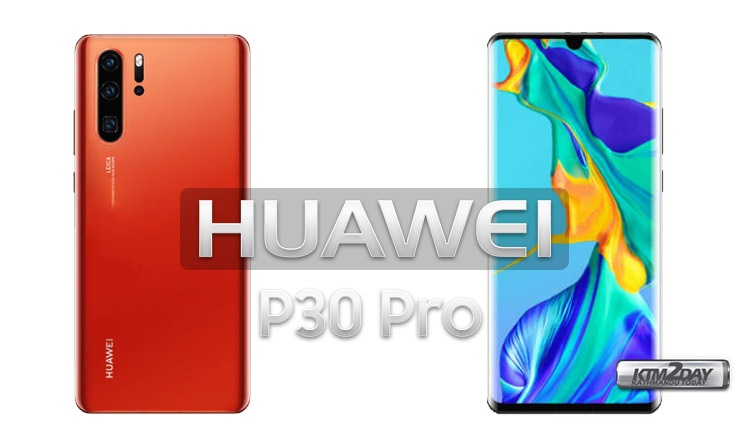 Because the camera sensor can be located much further away from the optics using a prism, a focal length equivalent of 135mm is now achieved here, which at least mathematically results in an optical magnification of 7.8 times. Together with advanced software and data collected by the main sensor, Huawei obtained a 10x hybrid zoom. The resolution of the zoom camera is specified as eight megapixels.

Below the dual LED flash and the laser autofocus hardware, the P30 Pro has a Time-Of-Flight sensor.

The Huawei P30 Pro runs the same 7nm Kirin 980 octa-core chipset as the Mate 20 Pro and 8 GB of RAM and depending upon the global market will come with 128 GB, 256 GB or 512 GB of internal storage.If required, the memory can be expanded with a Nano Memory card, the memory card format introduced by Huawei itself.

In addition, the device has a 4200mAh battery, which should ensure a decent runtime. The battery can be fully charged as in the Mate 20 Pro using a 40-watt power supply within a very short time. As usual, it will be powered by Gigabit LTE, WLAN-ac in dual-band mode and via Bluetooth 5.0 as well as NFC. Both dual and single-SIM models are to be expected, as well as the memory configuration depending on the respective country and possible network operator offers.

The operating system is of course Android 9.0 Pie , but Huawei uses its own customized EMUI interface as usual, which is used here in version 9.1. For the colors, the customer has the choice between “Midnight Black” (black), “Breathing Crystal” (white), “Aurora” (green) and “Amber Sunrise” (orange), whereby partially again color gradients and reflection effects are used. At the moment we have no information about the prices. 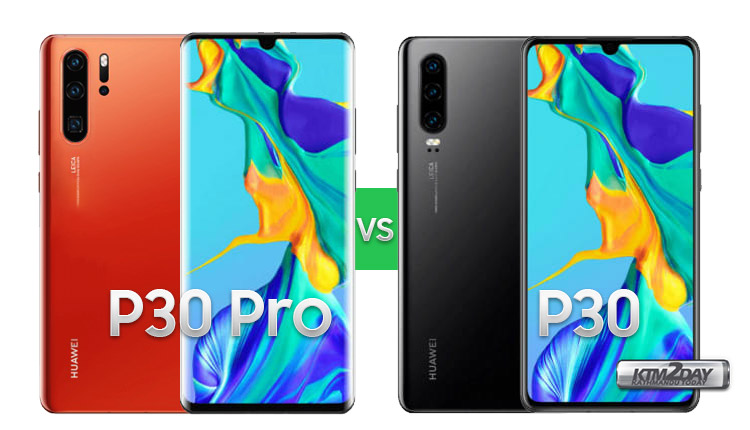