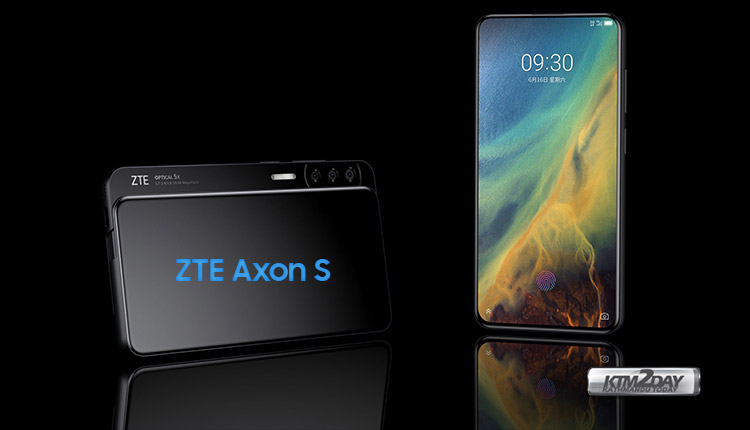 The Chinese manufacturer ZTE will market a new smartphone that will forgo notches, punch-holes or bezels to accommodate the camera on a sliding system such as Honor Magic 2 or Oppo Find X . However, instead of vertical sliding mechanism, it chose to go with horizontal.

This means that the “wafer” that slides from the main body of the smartphone will not only house the front dual cameras, but also the triple camera setup at the rear. And to be official the images has also been revealed that displays the smartphone in all its glory with attractive design, although holding it may not be as effective, as it will become wider in the hand.

According to the sources, the rear triple camera system will have a 48 MP sensor, a second shooter of 19 MP sensor and a third with a 5X optical zoom. 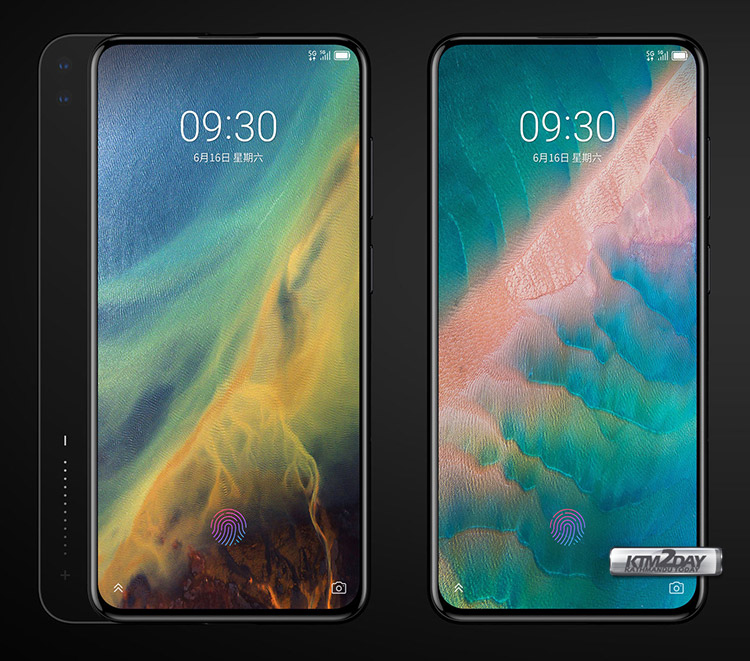 It is also said that one of the cameras has an adjustable shutter of f / 1.7-2.4 and another will have an aperture of f / 3.8. The images also suggest that the smartphone will be 5G, which would be the second device of the company for the next generation mobile, after the Axon 10 Pro 5G.

It will feature a 6.8 inch 21:9 ratio OLED screen and a larger battery, placed where the selfie cameras are present, in the sliding compartment.

As for now, there is no word on price and availibilty of Axon S, or in which countries the phone will be launched. 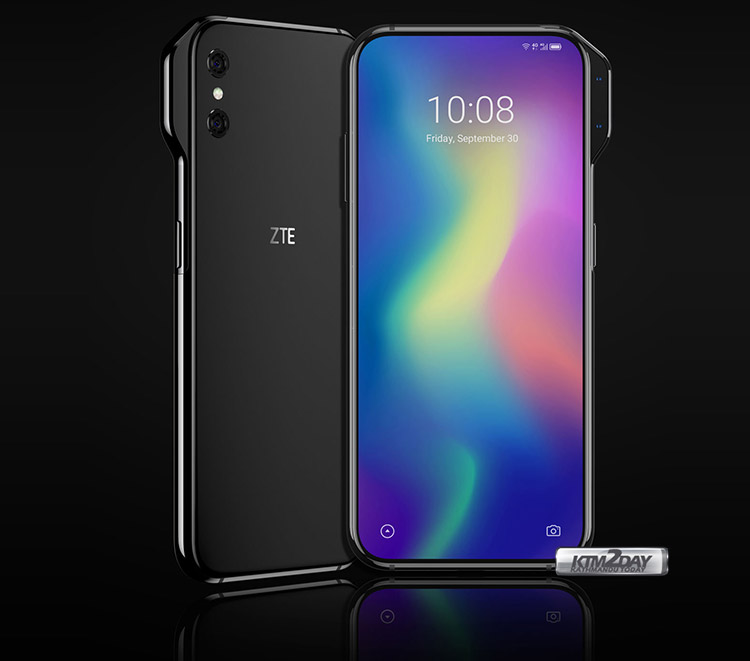 With the Axon V , the company has taken a different approach in getting rid of the traditional notch or display hole camera. Instead the company has proposed a design where the camera compartment will protrude from the sides next to the upper right corner of the screen where the front camera resides and a camera equipped with a TOF ( Time Of Flight ) 3D sensor .

Yes, in this way it is possible to maximize the area occupied by the screen, but that bulge may not fit the aesthetic preferences of many users. 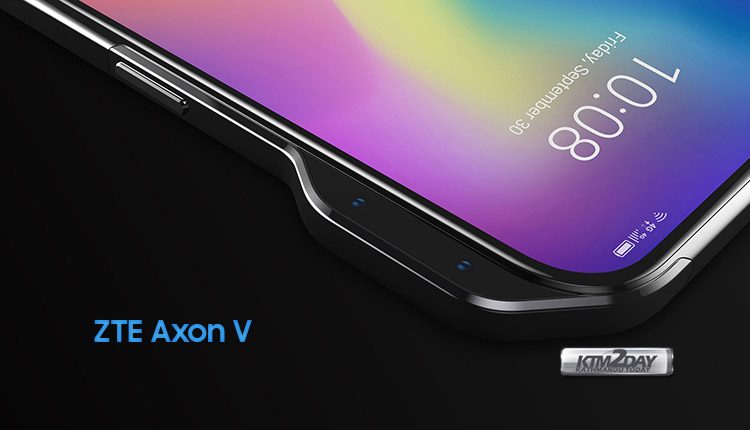 Other features of this smartphone reflect that it could use a 6.8-inch OLED panel with 21: 9 aspect ratio, dual rear camera and integrated fingerprint reader on the screen. In any case, it is important that we take into account that these images show conceptual designs, so they may not materialize in any commercial product. Whatever happens, we will keep you informed promptly.

ZTE Axon V will be launched in 2019 and will probably also support 5G connectivity . At the moment we have no information on the date of presentation and the sale price, but don’t lose sight of us because there will be news in the future.