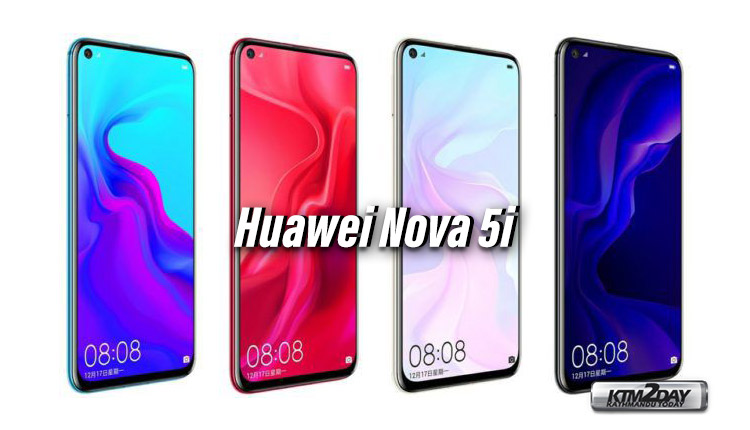 The internet has received the preliminary specs of the smartphone Huawei Nova 5i, which should be presented along with the premium model Huawei Nova 5.

Huawei Nova 5i will work under the operating system Android 9 Pie and will have support for wired charging with a capacity of 10 watts. Also in the list is a 3.5 mm jack for connecting headphones.

In the Geekbench benchmark, a promising Huawei smartphone under the designation GLK-LX3 is spotted. According to the source, under this catalog number is a model with the trade name Nova 5i. 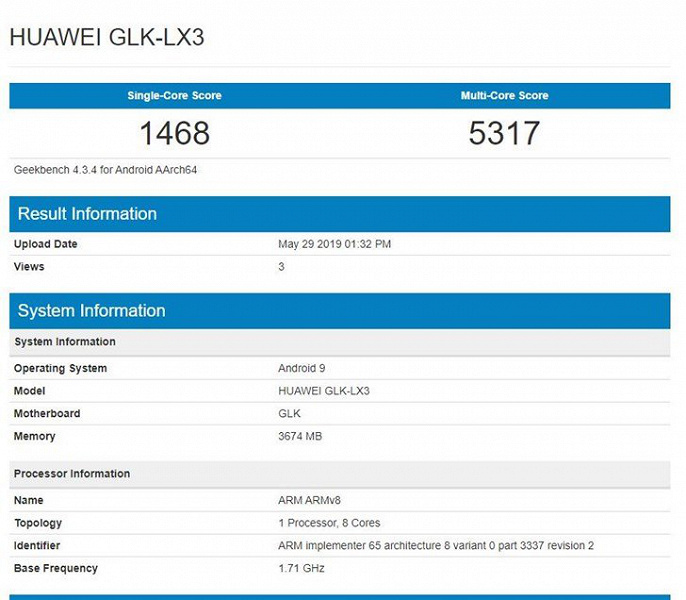 The Kirin 720 SoC is also going to be unveiled today by Huawei which will come equipped in the premium model Huawei Nova 5.

The new Huawei Nova 5 is expected to come with a 6.39-inch AMOLED screen. It provides a Full HD resolution of 1080 x 2340 pixels. It should probably come equipped with a notched screen in the shape of a drop of water.

For the selfie camera , it may include a Sony IMX576 25-megapixel front-facing camera.

Although, there is no data on the schedule of the official premiere of the model, but it is logical to think that both the Nova 5 and the Nova 5i will be released in June together.