Yesterday, the Huawei subsidiary Honor introduced two new smartphones, one of them being Honor Play 3 and the other Honor 20s. During the last few days, there has been a lot of information circulating about this smartphone, leaving many fans extremely excited about its arrival.

However, Honor Play 3 has fallen far short of expectations and is far from qualifying as a ‘budget’ gaming smartphone. 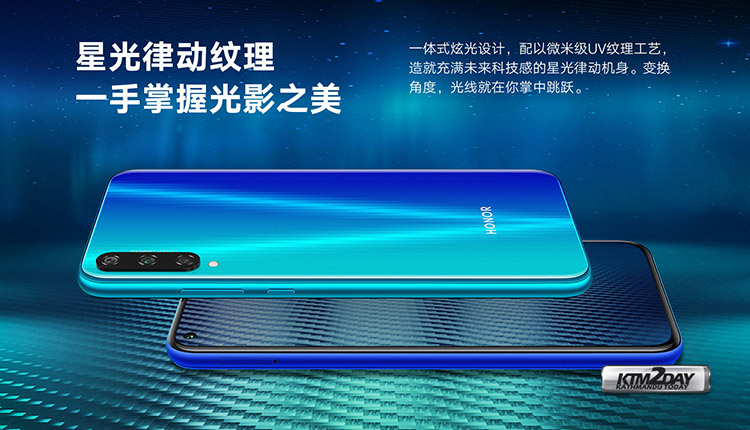 What we can expect from Honor Play 3
For some time it was believed that it could come equipped with a high-end processor, but it did not happen. Honor Play 3 comes with the Kirin 710F controlling operations that, while quite competent, don’t come close to the high performance of the Kirin 900. 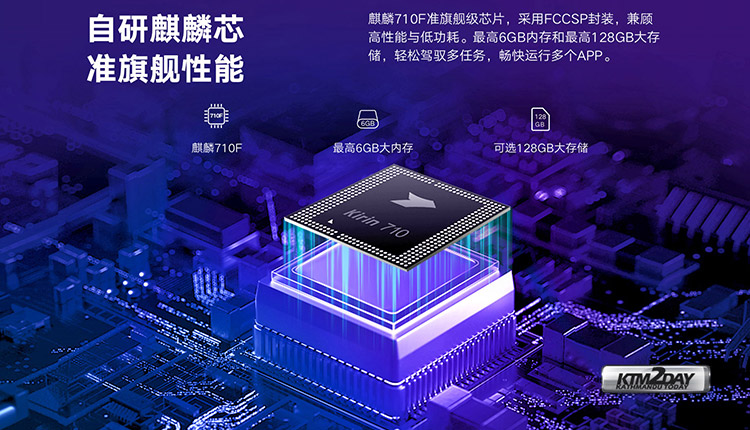 For RAM and internal storage, you will have a choice between 4GB / 6GB and 64GB / 128GBrespectively. Not being the most impressive smartphone, it will surely be able to meet the needs of the vast majority of users.

Unfortunately, its 6.39 inch LCD screen is unimpressive either, offering only HD + resolution. However, it comes with a punch hole in the upper left corner, which allows you to offer a larger screen to body ratio. 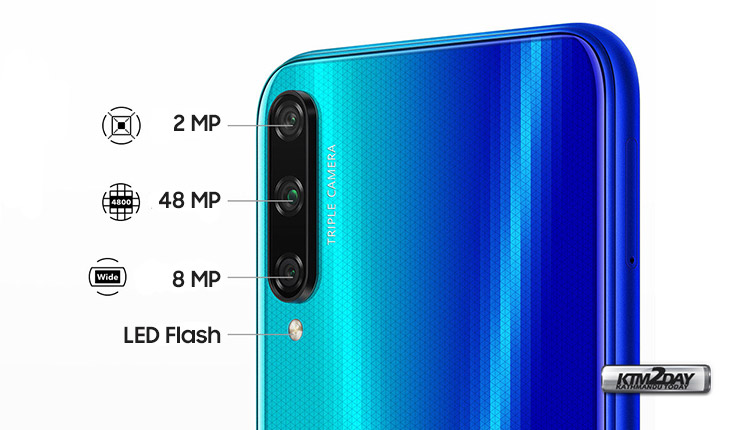 In the photographic segment you will have a triple rear camera available. This camera consists of a 48MP main sensor, 8MP secondary sensor (ultra wide angle) and a 2MP third sensor (depth). Dedicated to selfies is an 8 megapixel front camera. 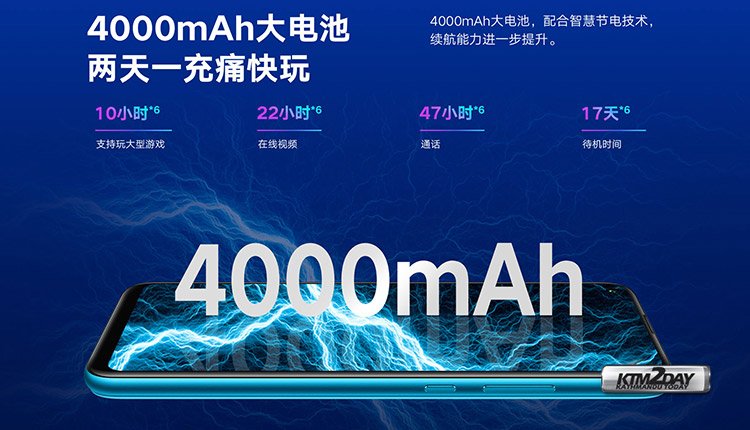 Powered by a 4,000mAh battery with 10W fast charging support, the Huawei Honor Play 3 comes standard with Android 9.0 Pie. However, contrary to rumors, you will have EMUI 9.1 and not MagicUI. In addition, the presence of Turbo GPU technology has also been confirmed. 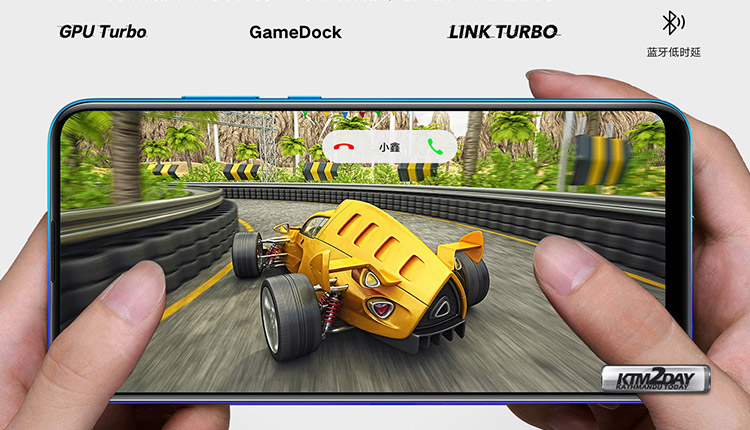 Unfortunately, only specific information from the Chinese market has been revealed, and price inflation is expected when it expands to other global markets.

Honor Play 3 is available in blue, red and black colors. Pre-orders in China will begin to take on September 10, and retail sales will start on September 17. 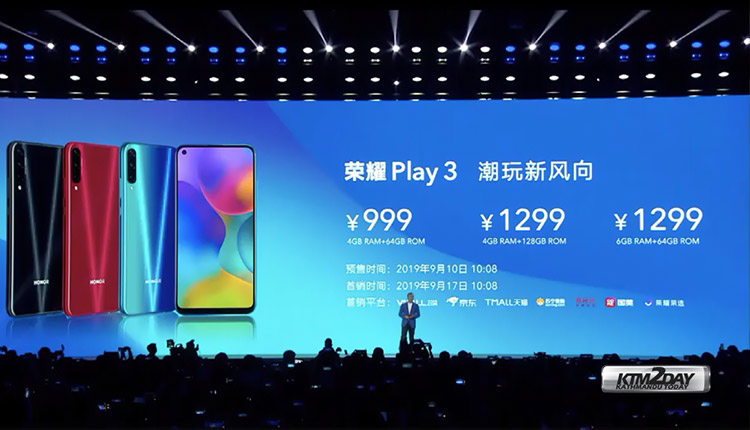 Still, its price in China will be quite interesting: