If you’re in the market for a smartphone, there are a number of things to consider. When it comes to purchasing a new smartphone or tablet, the most important factors to consider are performance, battery life, camera, display size, and pricing.

For those who are still on the fence, AnTuTu‘s latest update reveals which Android smartphones are the most powerful in April.

According to the benchmarking platform, AnTuTu has released its current list of the best Android devices. The information gathered covers the period from April 1 to April 30 and is primarily focused on devices available in the Chinese market.

Android smartphones with the most powerful processors

Starting with the most expensive versions, there have been various adjustments since March. While Qualcomm’s Snapdragon 8 Gen 1 SoC remains the leader, it’s rival MediaTek’s Dimensity 9000 SoC is now equipped in the new Vivo X80.

We can see from the image below that Xiaomi’s Black Shark 5 Pro is the most powerful Android smartphone of April, followed by Nubia Red Magic 7 Pro and Lenovo Legion Y90. Fourth place goes to the Vivo X80, followed by the iQOO 9 and iQOO 9 Pro in the centre of the table. Xiaomi 12 Pro and Realme GT2 Pro have already snatched up the final three spots. 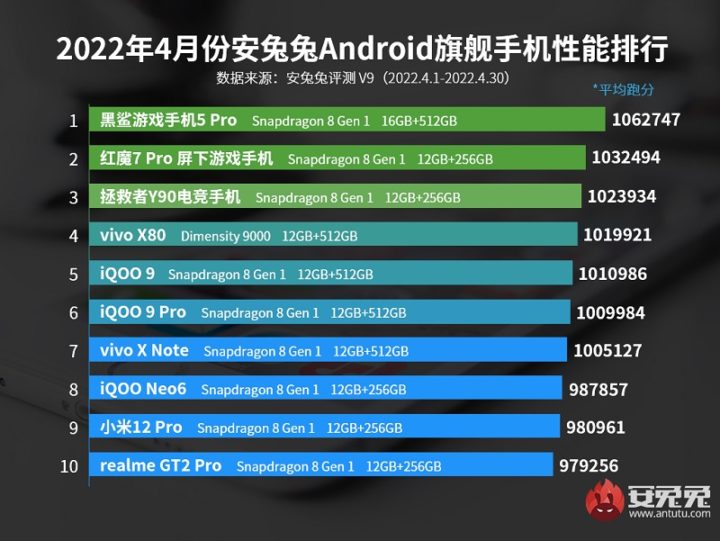 With the launch of the MediaTek Dimensity 8100 chip, AnTuTu updated its list of the most powerful midrange Android devices as well as the top flagship devices. 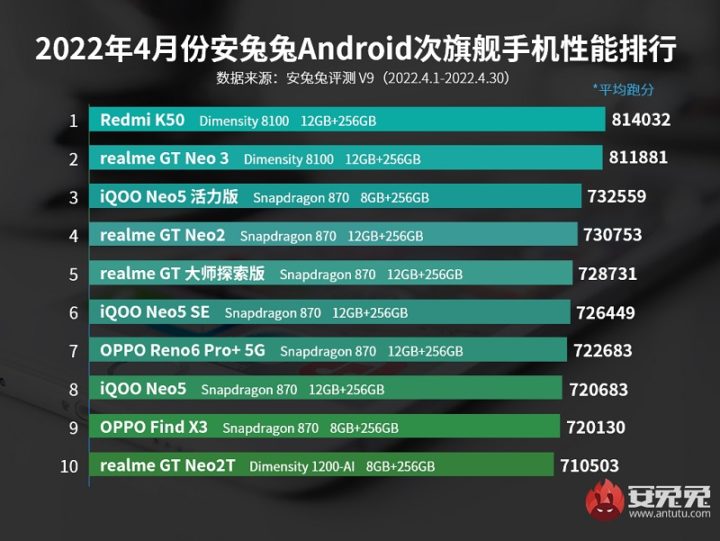 Last but not least, the platform still left the most powerful midrange Androids of the now-completed month. Here, Qualcomm’s Snapdragon chipset dominates, with nearly every phone in the top ten using it. 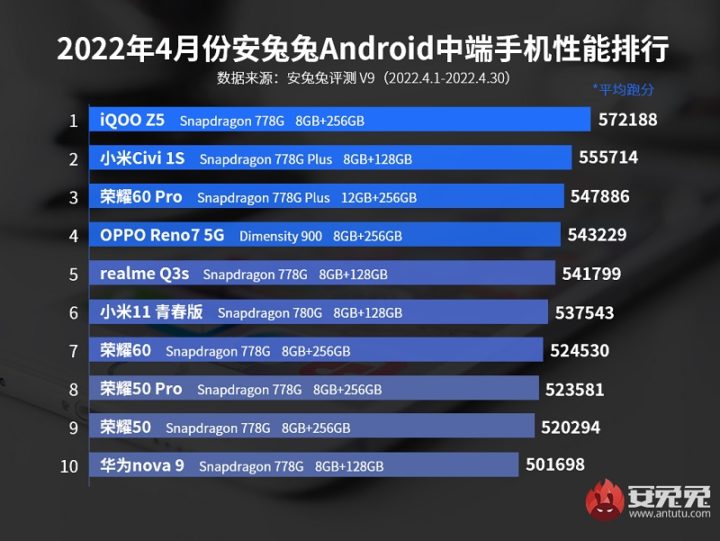 The iQOO Z5 phone takes the lead, with the Xiaomi Civi 1S and Honor 60 Pro in second and third place, respectively. The Oppo Reno7 5G, the only one on the list to use MediaTek’s SoC, the Dimensity 900, comes in at number four.

Xiaomi Mi 11 Lite and Honor 60 round out the top five, with the Realme Q3s in fifth position. To round out the bottom five are Huawei’s Honor 50, Honor 50 Pro, and Honor Nova 9.