The developers of the popular AnTuTu benchmark have published a ranking of the most productive smartphones running the Android operating system tested in China in July this year.

AnTuTu is a benchmark that receives hundreds of records daily, so its ranking is one of the most reliable when determining which mobiles are the most power packed in terms of performance.

As we can see in the list that the Black Shark 4 Pro, the smartphone for gaming from Xiaomi, has topped the list for the month of July. It achieved an average score of 854439 points, and this was achieved thanks to its Qualcomm Snapdragon 888, which is accompanied by 16GB of LPDDR4X RAM and 512GB of UFS3.1 internal storage.

The 10 most powerful mobiles in August 2021, according to AnTuTu 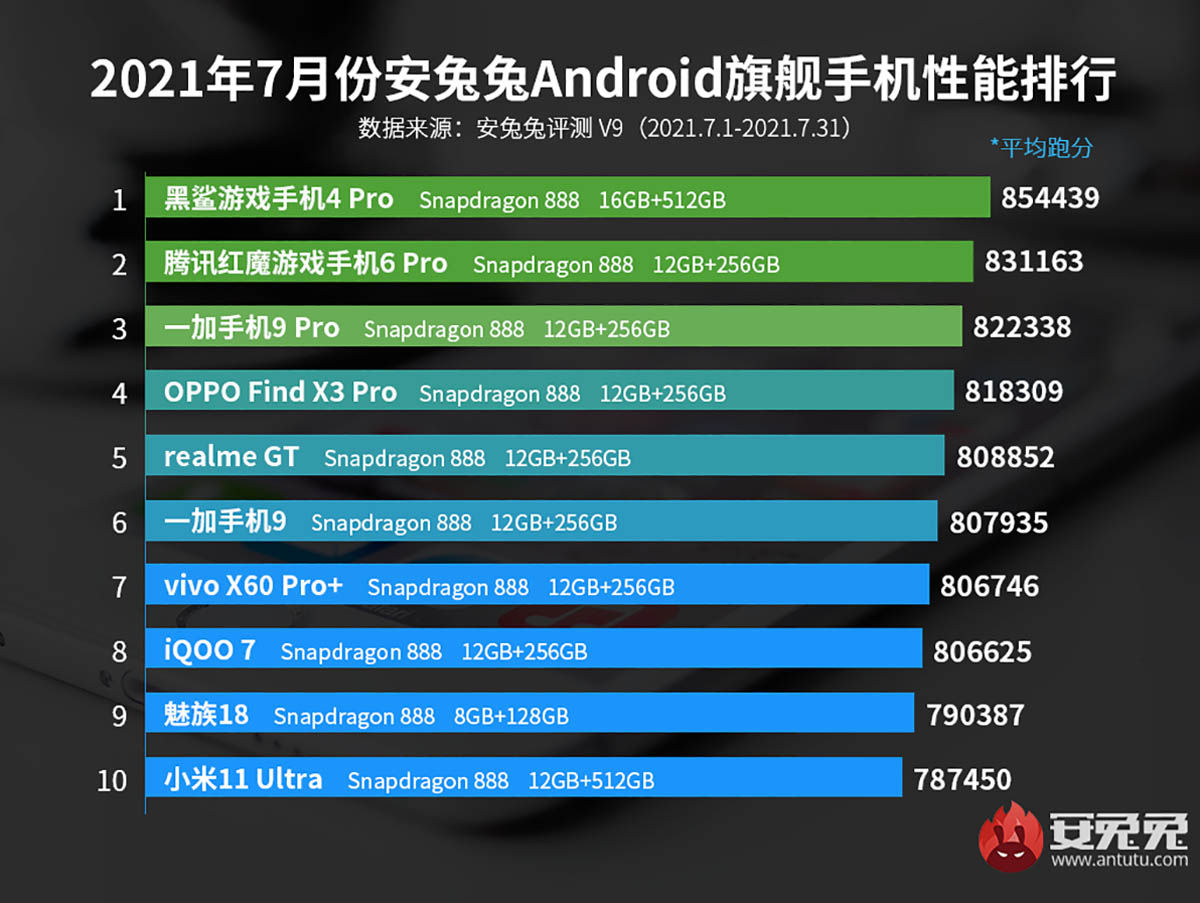 Having both feet fixed in the first place in 3 of the last 4 months is quite an achievement that very few mobiles achieve, something that speaks very well of the Black Shark device. The Black Shark 4 Pro achieved a whopping 854439 points, which reaffirms  of its supremacy.

In second place, we have gaming smartphones from another Chinese brand – the Nubia Red Magic 6 Pro, with its Snapdragon 888, 12GB of RAM and 256GB of storage, which scored a brilliant 831163 points. At the bottom of the podium we have the Oneplus 9 Pro, with a hardware combination very similar to the Nubia, the handset scored 823338 points.

Then we have the brilliant OPPO Find X3 Pro, realme GT, Oneplus 9 and the X60 Pro+ from Vivo which ranked from fourth to seventh place in the list. In the last three positions we have the iQOO 7, the Meizu 18 and the Xiaomi Mi 11 Ultra with 787450 points.

Interestingly, all devices in this TOP10 has Qualcomm’s chip, the Snapdragon 888, which for now has no rival in the world of Android devices.