Asus Zenfone 6 with Snapdragon 855 launching on May 16 It seems that Asus has not just chosen the slogan “Defy Ordinary” for its new flagship ZenFone 6. If you believe the data published by the source, the device will offer the maximum of what users expect from a smartphone.

Earlier it was said that the ZenFone 6 is built on the SoC Sandpragon 855 and is equipped with a screen without any cuts and holes , but today we have learned more about it. Look at the picture featured above.

Also read : Motorola’s iconic Razr Is Coming Back as a $1500 Foldable Smartphone

In ZenFone 6 there will be a sim-slot for three cards at once (two SIM and microSD), a standard headphone jack, an additional button, which you can probably use to launch the camera application. But that is not all.

The Asus ZenFone 6 did appear on the US Federal Communications Commission (FCC) website. The certification documents confirmed that the phone was running a Qualcomm Snapdragon 855. Asus’ ZenFone 6 was spotted on AnTuTu as well which revealed that the device was running Android 9 Pie, had 6GB of RAM and 128GB of storage. 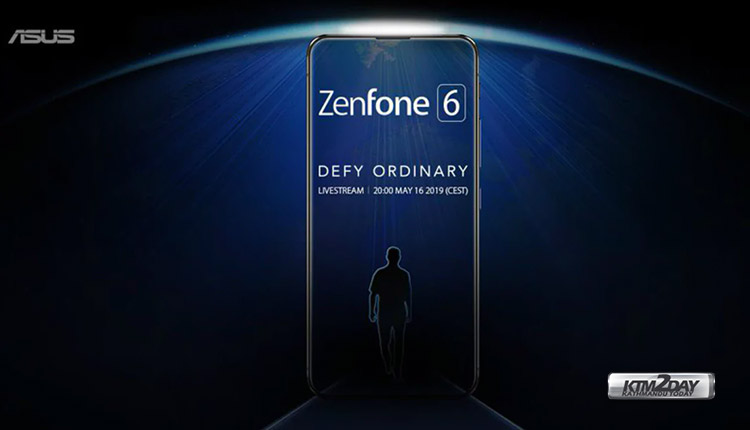 Other sources also point out, the presence of triple rear camera with main sensor of 48 MP and a battery capacity of 5000 mAh will be included in this flagship version.

With the official launch scheduled for May 16 in Valencia, Spain, we won’t have to wait for long to find out about the ZenFone 6.