The Chobhar dry port, which has been in the news for a long time, has been finally inaugurated by PM Sher Bahadur Deuba today.

The Chobhar dry port, which was completed by the Nepal Intermodal Transport Development Committee last July, has begun operations from today.

This facility, which was built for Rs 2.18 billion and covers an area of 11.77 hectares in the southwest part of Kathmandu Valley, would allow importers to clear their goods at the border post entry point to Nepal, saving them time and money.

Providing customs clearance and storage services in Kathmandu is not a novel idea. There was Teku Bhansar, where goods from Bhimphedi were transported by porters or by ropeway and cleared through customs, even during the Rana era.

The new facility has been recognized as an interior transportation facility to facilitate trade from bordering points, according to an announcement published in the Nepal Gazette last Thursday.

According to customs officials, the dry port will boost Nepal’s international trade because Kathmandu is the country’s economic hub and accounts for more than half of all economic activity.

Both the export-import and domestic sectors of the Chobhar dry port are segregated. An inexact unit of cargo capacity often used for container ships, the TEU, can be accommodated in the export-import segment while 86 trucks can be parked in the domestic area. 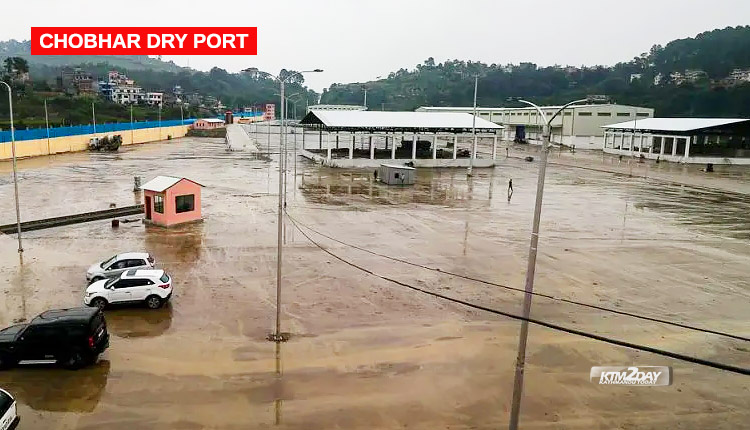 For the time being, only container trucks crossing the southern border with India would be permitted to use the dry port.

The importer who wants to avail the facility from the dry port established in Kathmandu will have to apply to the customs officer of the border customs office using the transit module of the Nepal Customs Automation System. 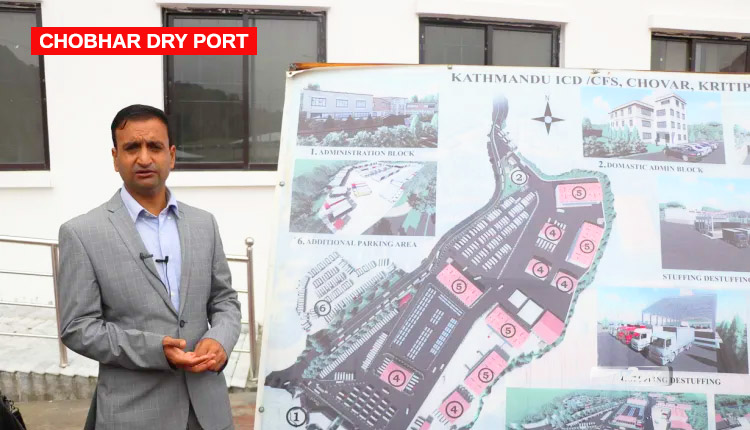 The government has stated that the permit should be opened and imported to get permission for internal transport. In which the container should be transported from the place of operation to the port customs without changing the container from the standard shipping container operated by the shipping companies.

The government has made arrangements to import goods with security in Kathmandu by connecting the Global Positioning System (GPS) for inspection in Kathmandu.

The carriage doors should be locked with a GPS-connected electronic tracking system from the border customs office to the port customs.

Except when the situation is out of control, the vehicle carrying the internal transport permit from the entered customs office should be delivered to the port customs office within 72 hours at most.

The operator of Chobhar Dry Port shall make all the arrangements related to the provision of GPS locks by the government and collection of locks in containers under the direction and control of the concerned customs office.

The operator of Chobhar Dry Port will be able to collect the fee for managing the lock from the importer as per the decision of the Intermodal Transport Development Committee.

Similarly, no person or entity other than the designated customs officer shall be allowed to open, stop, check or inspect the goods transported internally till they enter the port customs.

However, if it is deemed necessary to provide such facility to the goods entering Nepal from other customs offices, the Director General of the Customs Department may designate the customs office by publishing a public notice.

Authorities claim to have bought 1,054 ropanis (53.62 hectares) of land that was once owned by a closed cement factory in order to build the new facility. The dry port is built on 228 ropanis (11.6 hectares) of this total.

The remaining 826 ropanis have been earmarked for an international exhibition center (42 hectares). Around 150 individuals will be employed directly by the dry port.

According to the Department of Customs, Nepal’s total foreign commerce in the first seven months of this fiscal year was Rs 1.27 trillion.