Huawei launched new flagship smartphones Tuesday packed with the company’s top technology, in a bid to step up its challenge to Apple and Samsung in the high-end market.

The Mate 20 and Mate 20 Pro are the names of the new devices. On the more expensive Pro model, the Chinese tech giant touted a key new feature — the ability to charge your phone wirelessly from another phone.

Huawei calls this “reverse wireless charging” where one smartphone can turn into a charging pad for another compatible wireless-capable phone. That could help people on-the-go get some charge from friends if they can’t get to a plug point or don’t have a power bank.

The Huawei Mate 20 Pro will be one of the Chinese tech giant’s most expensive smartphones on the market. Huawei is starting to play in the segment of the market currently dominated by Apple and Samsung and is looking to show its ability to create innovative premium devices. Huawei has been quickly developing a strategy to bring out cutting-edge features.

In addition to reverse wireless charging, Huawei’s Mate 20 Pro includes a 40-Watt “supercharge” battery. The company says it can charge the phone to 70 percent of battery life in just 30 minutes. 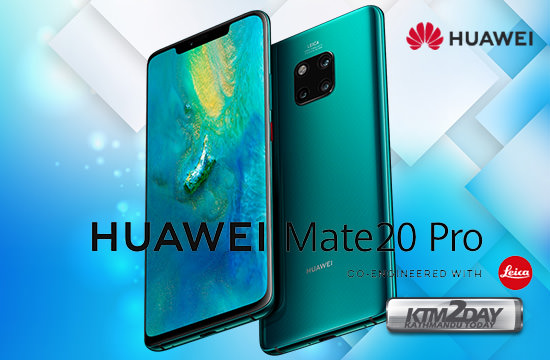 Other features of the Mate 20 Pro include:

High-quality cameras are becoming increasingly common not just in high-end smartphones but in mid-range phones, too. Last week Samsung unveiled its latest smartphone, the Galaxy A9, featuring the world’s first rear camera with four lenses.

The Huawei Mate 20 Pro and Mate 20 both include a memory card slot that is the same size and shape as a Nano SIM card. The company said this would allow users to use two Nano SIM cards at once if desired. Apple introduced dual-SIM capability on its iPhone XS and XS Max last month.

Huawei did not specify the countries where the smartphone will go on sale. It’s unclear at the moment if the U.S. will be a target, particularly after top intelligence officials in the country cautioned Americans earlier this year against buying Huawei phones, warning the phones could conduct undetected espionage. 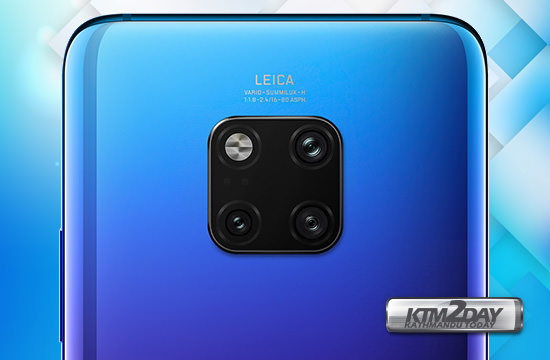 New A.I. Chips
The Mate 20 Pro and Mate 20 will include Huawei’s new artificial intelligence chipset called the Kirin 980, which includes a so-called seven-nanometer processor. The chipset is smaller than previous 10-nanometer chips, allowing it to take up less space in devices. Despite their smaller size, Huawei says the chips are faster than ever with the ability to recognize 4,500 images per minute, more than double the capability of its previous chipset. 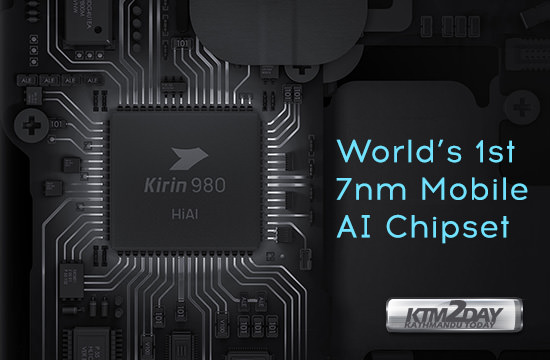 The Kirin 980 is just one example of how the world’s biggest smartphone-makers are increasingly competing over chip technology. Samsung has its own chipset called Exynos, while Apple introduced its own A12 chip in its latest iPhone XS.

Huawei also launched a new smartwatch, the Huawei Watch GT, Tuesday in London. The company said the watch is designed to compete with Garmin or Fitbit experiences to track activity.

Huawei said the normal battery life for the watch, including heart rate monitoring and exercise for 90 minutes per week, is a full two weeks. The company said its double chipset architecture is behind the ultra-long battery life. 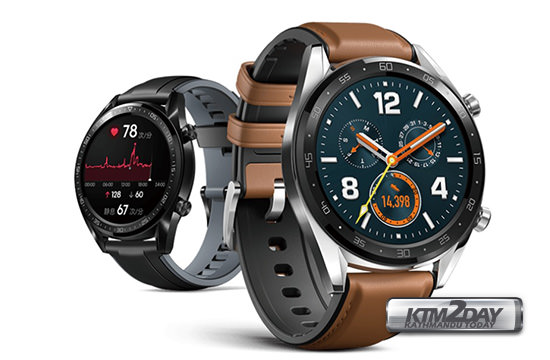